The standard text-book answer to this question is illustrated by the cover illustration of one edition of, well, the standard text book which I reproduce alongside an image taken from a teaching site of my own in which you can view several different aspects of the double-helix in 3D. 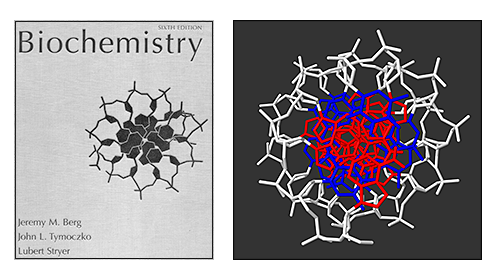 [Views of DNA looking ‘down’ the axis of the helix. On the book cover the bases are black filled shapes of purine and pyrimidine structures, in the image on the right the purines and pyrimidines are red and blue outlines, respectively, with the sugar–phosphate backbone shown in white.]

The regularity of the helix (constant curvature and torque) maximizes base stacking, which involves the π–π interactions of the purine and pyrimidine rings. This is important for maintaining the structure of the double-helix and hence facilitating its function. Base stacking is discussed in another question on Stack Exchange Biology, in that standard text, Berg et al. , and in a chemical article in Wikipedia.

Although concerning a single-stranded RNA rather than a double-stranded DNA, I take this opportunity to illustrate the biological significance of base stacking by considering the anti-codon loop of transfer-RNA. As is well-known (see e.g. this StackExchange Biology answer), there is frequently ‘wobble’ at the 5′ position of the anticodon loop, allowing certain non-standard base-pairs at the third (3′) position of the mRNA codon. As the image below shows, this can be partly attributed to the poorer base-stacking at this position in the anti-codon loop (G-34 in the illustration) compared to the other two positions, allowing greater flexibility. 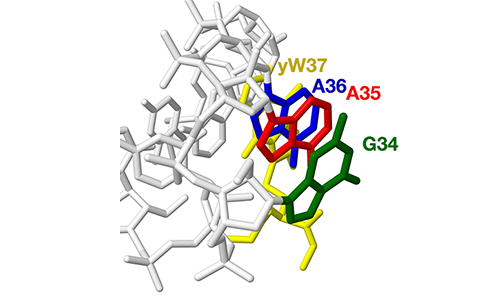 [Anticodon loop of yeast phe-tRNA, created by the author from 1ehz.pdb]

One is tempted to answer that the helicity confirms a higher stabilty in respect to possible forces trying to separate the two strands. However, the logic of teh question (and such answer) is faulty, as it implies that there is a non-helical alternative to double helix, and that the helical form was evolutionarily selected. I doubt that this is the case (let me know that I am wrong).

So more correct way to see this is to say that DNA just happens to have torque. (Note that it is not exactly constant, as the DNA istelf is not straight, but folded, wrapped around the histones, etc.) One could even say that all linear polymers have torque, except that for some of them the torwue is zero.

Remark
One could compare double helix with the allophorms of carbon, which can adopt forms continuous in all three dimensions (diamond, graphite), two-dimensional (graphene), one-dimensional/helical (carbon nanotubes), and zero-dimensional (fullerenes/buckyballs). Are there any similar candidates for storing genetic information?