What is Growing on These Tree Leaves? (Image)

I found a seemingly diseased tree when I was out playing tennis yesterday... What is growing on this tree leaf? Is this a disease? If so, is it contagious? I have zero knowledge in botany, but I'm curious about what is happening to these trees. :) 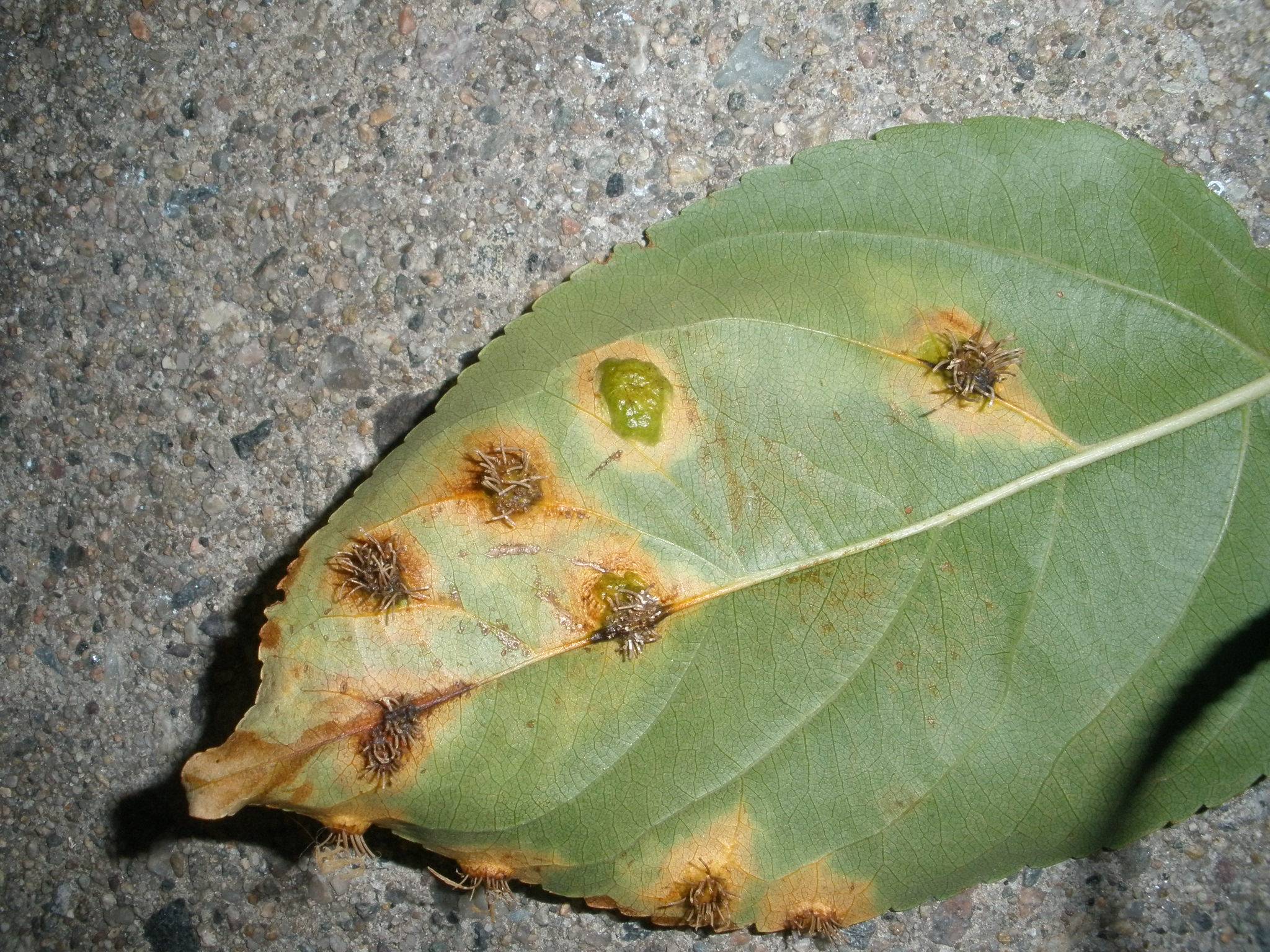 This is actually not a gall as other answers have suggested. This is likely a fungus called Cedar-apple rust (Gymnosporangium juniperi-virginianae).

The fungus only thrives in the presence of both Juniperus virginiana (Eastern red cedar) and apple (Malus spp.) trees.

The leaf in the picture belongs to some species of the apple genus and the growths are aecia of G. juniperi-virginianae. You can read about this interesting fungi through Rutger's Plant & Pest Advisory here.

You can see a picture of the fungi here, and I've included Sabrina Tirpak's (Rutgers PDL) photo of its aecia below: 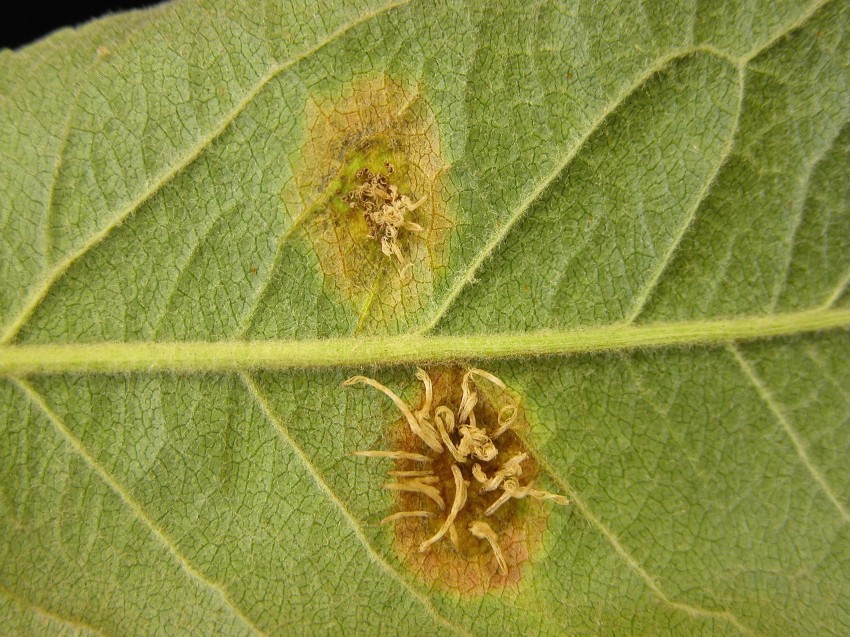 Below is a visual of the telia of the rust fungus on J. virginiana: 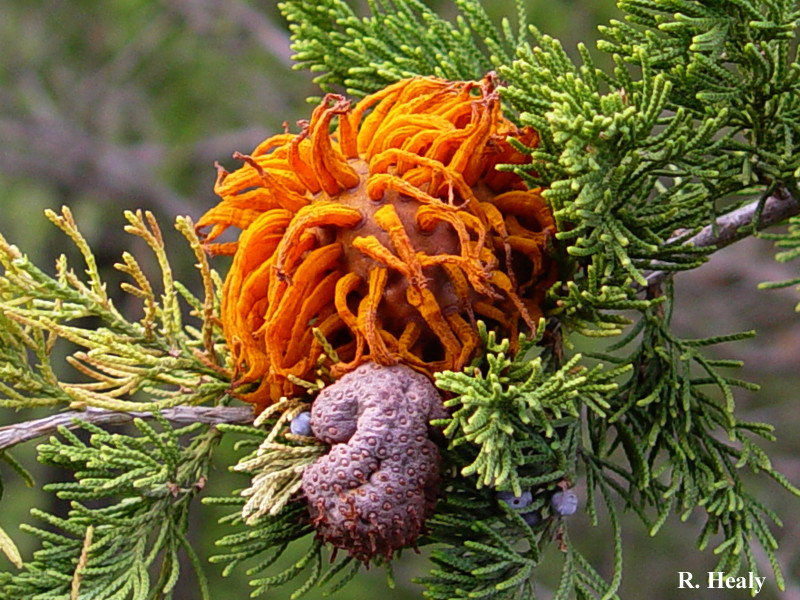 Briefly, these look like insect galls; which are reactions of plant tissue caused by parasitic insects (often wasps) laying eggs inside the leaf. I'm sure someone can answer in more detail, though!

Cf. How do plant galls form?

Not the answer you're looking for? Browse other questions tagged species-identification botany ecology mycology trees or ask your own question.

18
How do plant galls form?
3
Can galls be formed from mutualistic relationships?
4
What kind of fish is this (Florida, USA)?
1
What kind of parasite is this?
1
Can anyone identify this creature that looks like a stick?

9
Help Identifying Tree
5
What causes leaves to be hydrophobic?
3
Species I.D. hardwood tree
10
What kind of tree is this — why do its huge leaves change shape and "grow fingers"?
5
Leaf formation on unknown tree: cocoon or something else?
2
Identify this insect (looks like part of a tree)?
7
What is the fate of the typical tree?
4
What kind of mushroom is this in central Europe?