Is this some form of cabbage?

I would appreciate if someone could identify this plant. It's tall, but not very difficult to pull from the ground, and it has yellow flowers in large groups. I was told it's not mustard. Is it wild cabbage, and if so, what variety?

Location: western Illinois, in a garden.

Season: it's late April, and their roots are now rotting.

Height: I think they were around 3 feet. 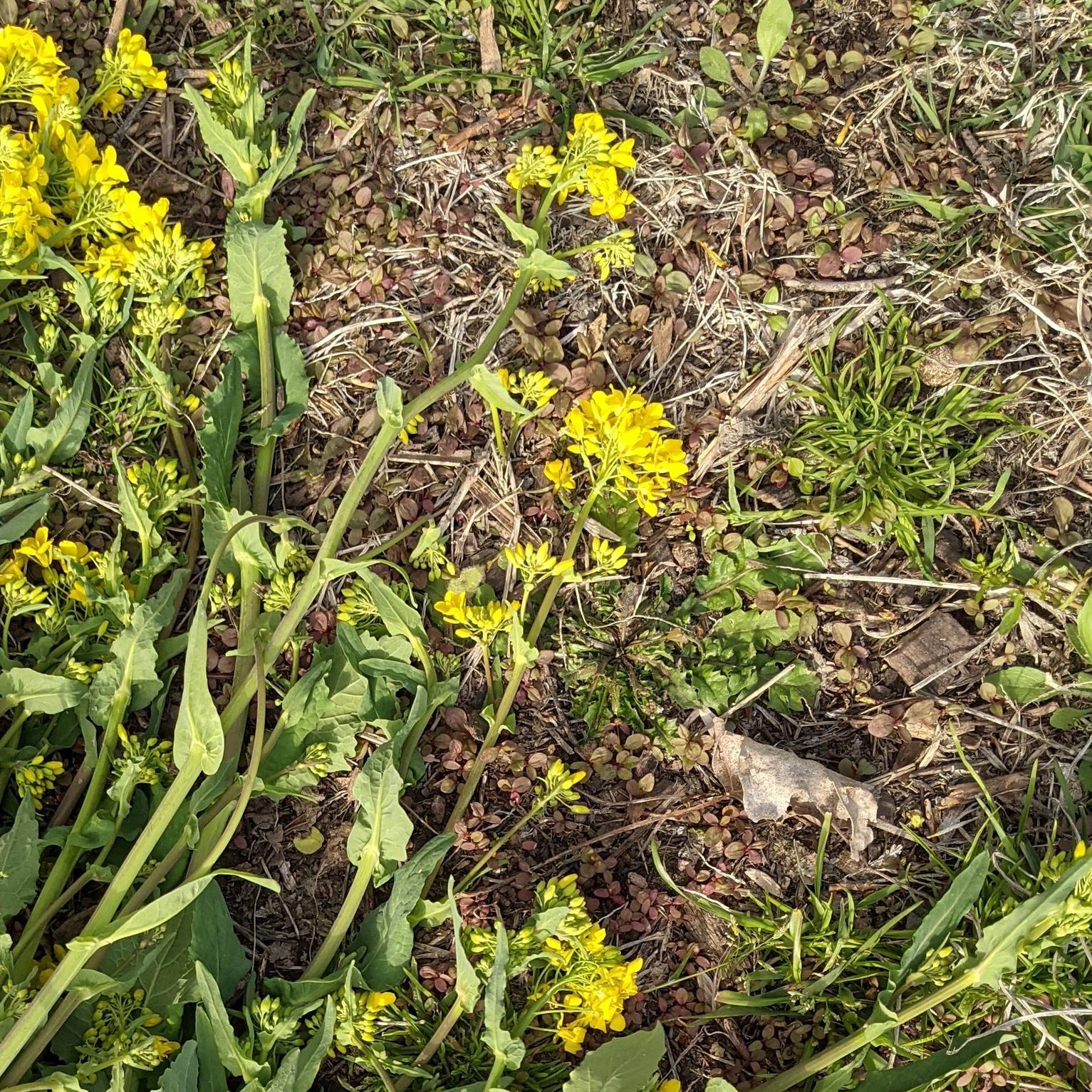 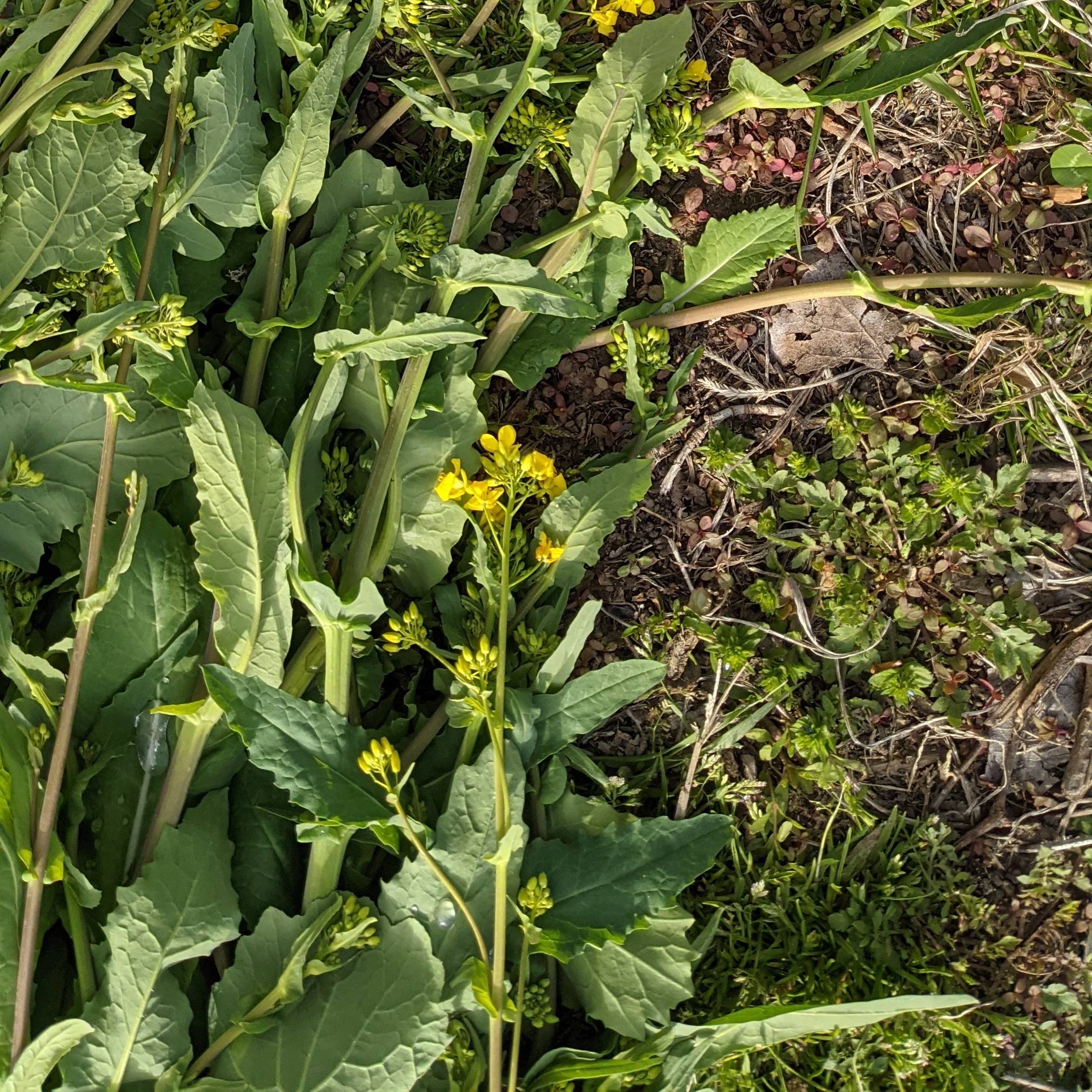 The Brassicaceae family (of which cabbage and mustard are members) has a characteristic pattern of flowers - each flower has four equal sized petals, arranged in a cross-shape hence their other name - crucifers. 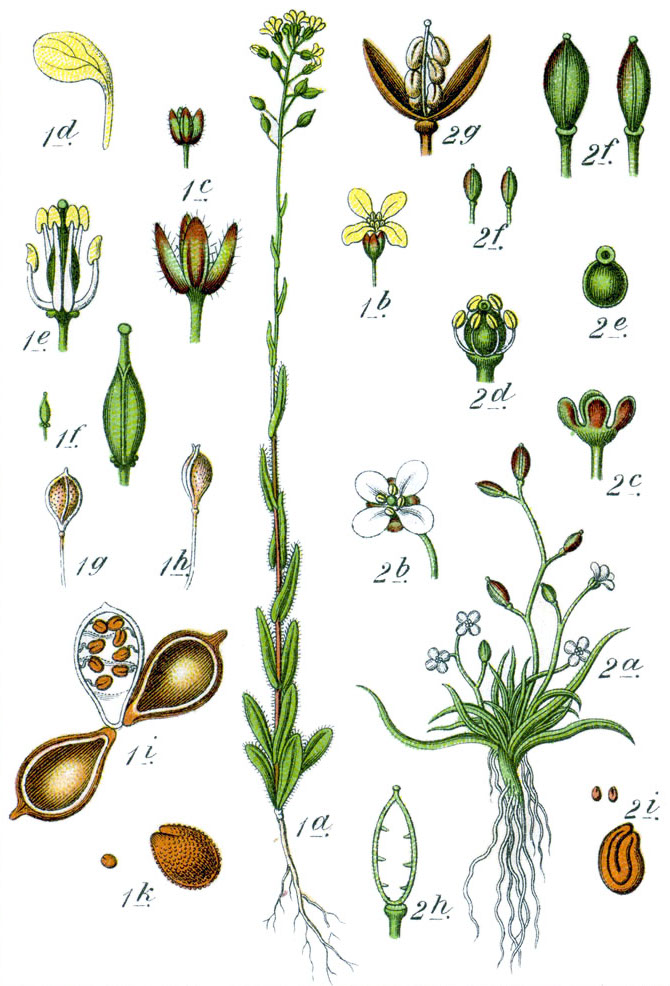 It's not easy to see from your photos whether this is true, but I'm going to say, yes, it does look like a member of the Brassicaceae family. The cross-shape of the petals would confirm this.

I don't think these plants are native to Illinois, and it also does look somewhat like a crop plant, rather than a weed, so maybe it is an escape from a farm/garden. It could be canola, possibly.

Wild cabbages are native to the Mediterranean and Atlantic coasts of Europe , so it is probably not a wild cabbage, unless someone planted it in Illinois.

@JonathanMoore is correct, this is indeed a Brassica species. The brassica family (Brassicaceae) is a quite diverse family with something like 370 genera and 4000 species. They are found world-wide (apart from Antarctica, although Tryggve Gran tried mostly unsuccessfully to grow Sea Kale during the Terra Nova Expedition to the South Pole). You likely walk past several different types of Brassicaceae every day without knowing that they are there as they are common weeds of untended areas and will take advantage of small cracks in footpaths/pavement to grow.

There are a number of species that are common garden weeds throughout the world. They include many varieties of the Brassica rapa species (known for bok choi, Napa cabbage, choi sum and turnips amongst others, and is known for the oil "canola/colza").

In particular there is one variety called field mustard (Brassica rapa var. rapa, AKA common mustard, wild mustard, wild rutabaga, rape mustard) that is very commonly spread among gardens by its abundant seeding.

It has the long narrow leaves and the clusters of bright yellow flowers characteristic of the Brassica rapa group. However, the Brassica species commonly cross-pollinate and produce mixed varieties, so it is quite difficult to pin down exactly which one you have.