Identification of an animal building 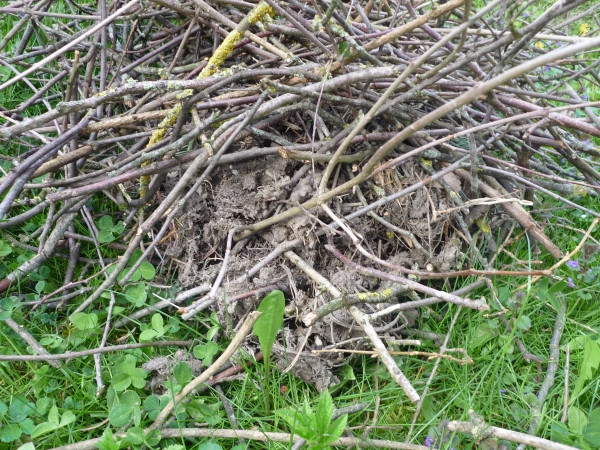 I live in south-west Germany and today while mowing the lawn I discovered a strange structure. It looks like a molehill on which additional branches were placed. This kind of branches are easy to find in my garden, because they were removed from the trees by a strong wind. However, I have no explanation for this accumulation of branches on a small mound of earth. I have seen an animal that looked like a rat in the last few days.... But I think a rat would not build such a building? What kind of animal lives in my garden? 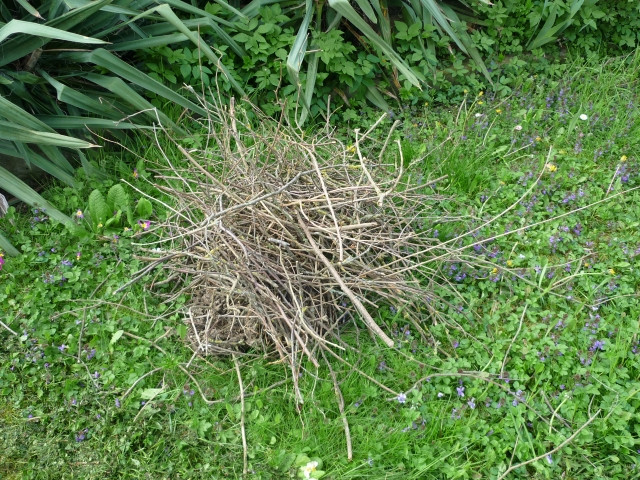 I would like to edit my question to provide the additional information requested by "tyersome":

There were high winds about two days before I discovered this structure. However, what is disconcerting to me is that there is obviously soil under the branches here, and the branches are conscientiously piled up. The other branches are widely scattered in the garden. There have often been strong winds, but a similar structure has never been created before. I have been unable to detect any other signs of animal activity associated with this structure. I have left the structure undisturbed and have not investigated it further so far, as I believe it to be an animal burrow and I do not want to cause any disturbance to the inhabitants. Thus, I have not cut the grass around this structure, but have left it standing. Animals that can be observed in my garden are for example: pigeons, squirrels, other birds, mice.

Second Edit: There are trees nearby. Could it be a bird's nest that fell out of a tree? In addition: Is it safe for any occupants if I examine the structure more closely or turn it over?

Day 2: Encouraged by your valuable comments, I examined the structure more closely today. Turning it over showed that it is probably, as you suspected, a bird's nest. There was also no entrance in the ground where the structure was located. I could not find any eggs or feathers. Therefore, the species of bird that built this nest remains unknown. The nest has a total diameter of 80 cm (31 inches). The diameter of the inner ("soft") nest is about 20 cm (8 inches). I didn't expect such a big bird's nest in my garden. 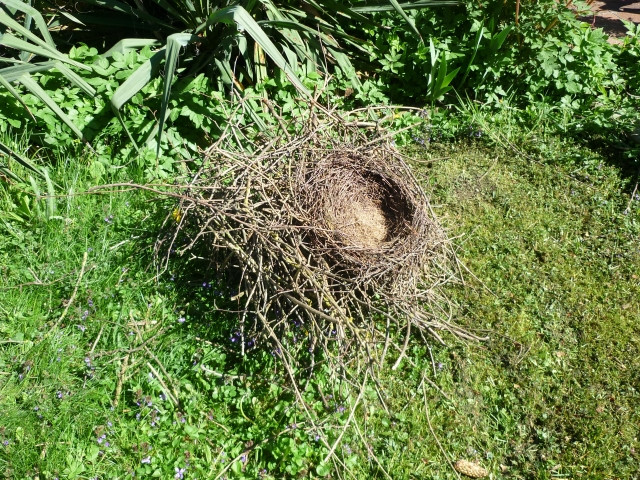 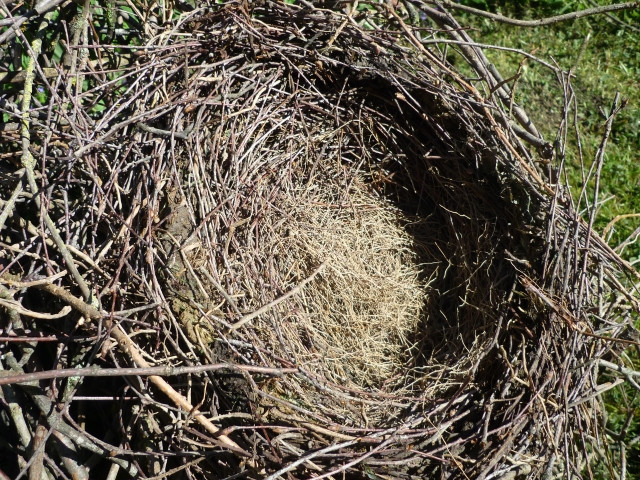 The nest may have fallen from this tree: 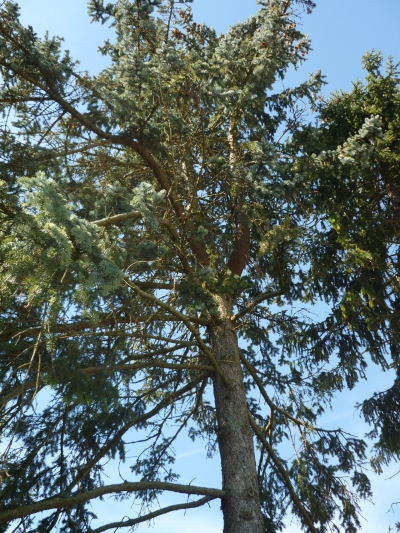 Since I had to assume that additional information would be needed to determine the species, I again examined the area extremely carefully today. In doing so, I was able to find eggshells that were located near the tree. I cannot say with certainty that these eggshells are directly related to the nest, but it is likely. 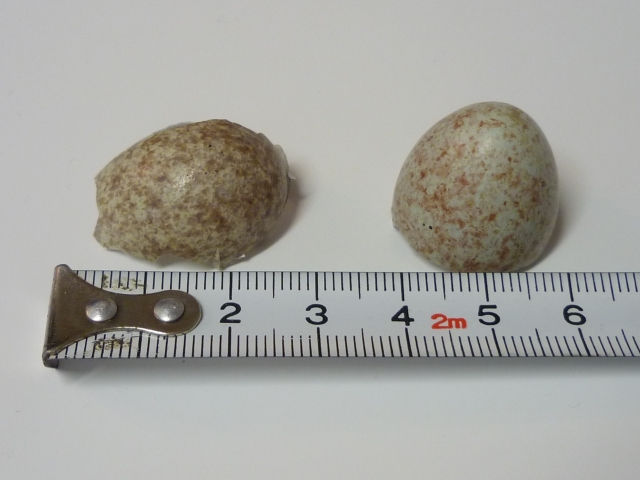 Then I researched, which bird eggs might correspond to these.

Based on the appearance of the eggs, I suspect the following species: The Common Blackbird (Turdus merula), the Eurasian Magpie (Pica pica) and the Eurasian Jay (Garrulus glandarius).

I would guess that the blackbird is too small to carry the large branches that are used in the base of the nest. I have also seen a blackbird's nest in a bush in my garden: I think the eggs were smaller and the nest was also made of much finer material.

So the Eurasian Magpie, as stated by "tyersome", is a very hot candidate for me. Can this be confirmed from the eggshells?

species-identification zoology ornithology
Share
Improve this question
edited May 10 at 20:17
Michi_666
asked May 8 at 17:00

Browse other questions tagged species-identification zoology ornithology or ask your own question.

21
Do large animals often evolve into smaller animals?
10
What's the name of this bird?
3
Animal identification (larva)
8
Cannibalizing behaviour in ants
5
Bird identification- Crane
11
What is this raptor on a building in California?
11
Squirrel nest construction
10
What kind of tree is this — why do its huge leaves change shape and "grow fingers"?
1
Why are these nesting magpies building another nest