What is this insect wing, based on its vein pattern?

I've heard that it's possible to identify insect species uniquely based only on the vein patterns of their wings. Is this true? If so, what is this?

The image is taken from an unsolved Internet puzzle game from a few years ago. (The creators of the puzzle are no longer to be found, so I can't ask them). I believe the wing is probably from some species of cicada, but I couldn't be sure, and if possible I'd like to know what particular species of cicada.

Also, is there any kind of formal classification/notation for insects' wing venation? Might shed some light on what the puzzle makers actually meant by the dratted thing! (You can remove this bit, or I can, if it's considered to be asking two questions at once.)

species-identification entomology anatomy
Share
Improve this question
edited May 14, 2021 at 6:43

There is a way to classify insect wings: the Comstock-Needham system.

The Comstock–Needham system is a naming system for insect wing veins, devised by John Comstock and George Needham in 1898. It was an important step in showing the homology of all insect wings. This system was based on Needham's pretracheation theory that was later discredited by Frederic Charles Fraser in 1938.

Again, according to Wikipedia: 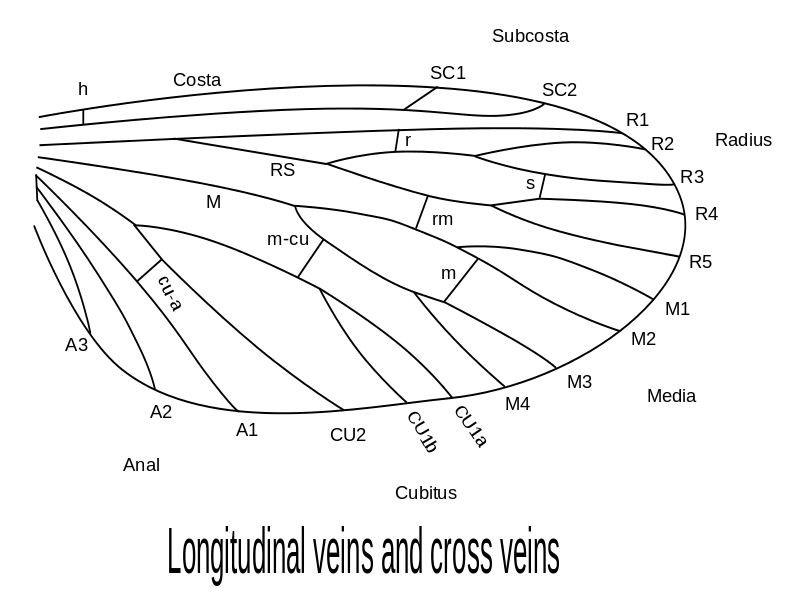 The cells are named after the vein on the anterior side

Not the answer you're looking for? Browse other questions tagged species-identification entomology anatomy or ask your own question.

3
Which fly is this?