Is there a specific English term for this vessel for microbial sampling?

In Russian, such a container (see pictures) for microbial sampling is called бакпечатка (bakpechatka), as I learned just now. I've no idea about the etimology of the Russian term. Probably "bak" stands for "bacterial" and "pechat" is for "print" (to press).

This deep container is used for taking bacterial samples by pressing a part it against the patient's skin or mucous membrane and then putting the material that stuck to it into an agar medium. Probably the "pressed part" used for sampling is the white cup, and agar is inside the container. At least that's what I gathered from scarce descriptions online.

Are there similar containers for bacterial sampling in the West and what is their name?

Thus far, I'm calling them "bakpechatka culture cups" in the document I'm translating, in the hope that the English-language reader will google and look at the pictures online. 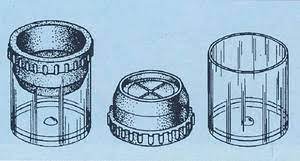 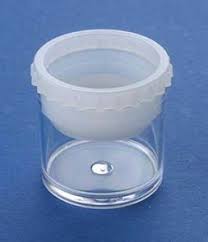 Apparently it is called Count FlexiPlate, although this might be a brand name of a product produced by HiTouch (just as Aspirine can be only the acetylsalicylic acid produced by Bayer), see here. Note also that it is a modified version of Petri dish, so the latter name may apply as well.

Not the answer you're looking for? Browse other questions tagged bacteriology terminology or ask your own question.