What's the most recent common ancestor of reptiles and humans?

In the Phylogeny of humans and reptiles, what is/are some of the most recent common ancestors? 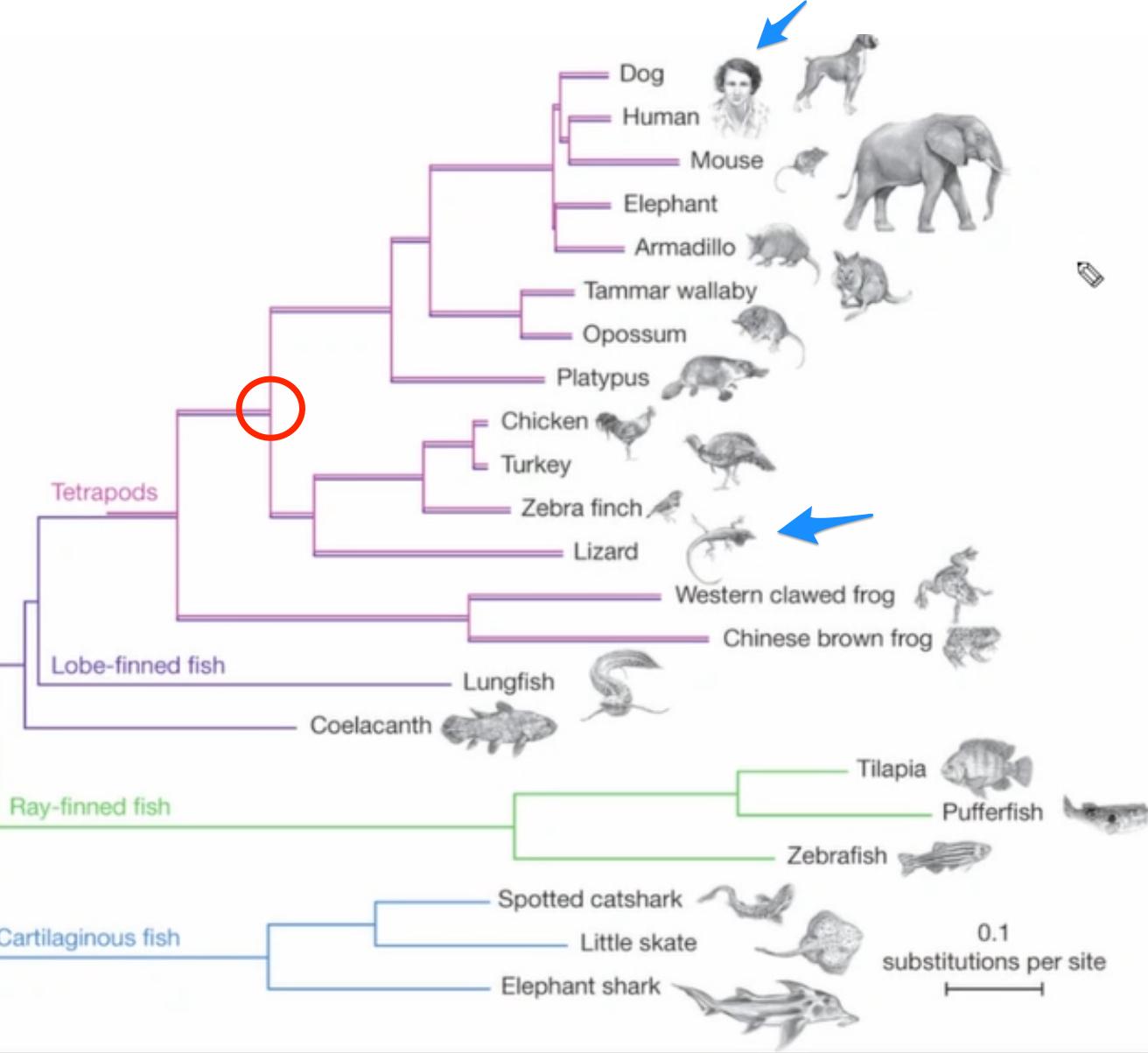 I think that you are looking for the amniote common ancestor.

Amniotes are the group of organisms that have an amnion, a specific membrane around the egg, among other features. This includes reptiles, mammals, etc. but excludes amphibians and fish as indicated in your tree.

That citation 7 points to this paper, which used paleontological data to assign time estimates to various diversification events inferred from molecular phylogenies; this allowed them to approximately estimate the time of emergence of amniotes from the amphibian clade.

Not the answer you're looking for? Browse other questions tagged genetics evolution human-evolution herpetology or ask your own question.

18
Why are turtles classified as reptiles and not amphibians?
1
Why aren't mammals and reptiles considered amphibians?