Could you identify the species of this animal attaching to a fish in the Aegean Sea?

While wading within a few meters from the shoreline today, I observed and was observed by a number of curious fish. One of them had a blackish attachment, which was reminiscent of a small aquarium catfish, probably because of its size and because its colour was not homogeneously black and appeared to have dense brownish spots. But it had no apparent thin parts like fins or tail and was quite plump overall. For this reason, I do not believe that it could be remora or lamprey, but could it be a marine leech? It was probably less than an inch long and one third of that wide. Could you identify what species could it be considering that it was in Toronean Gulf to the south of Kallithea village? I attach a collage of somewhat blurred photos captured through the surface of the water. 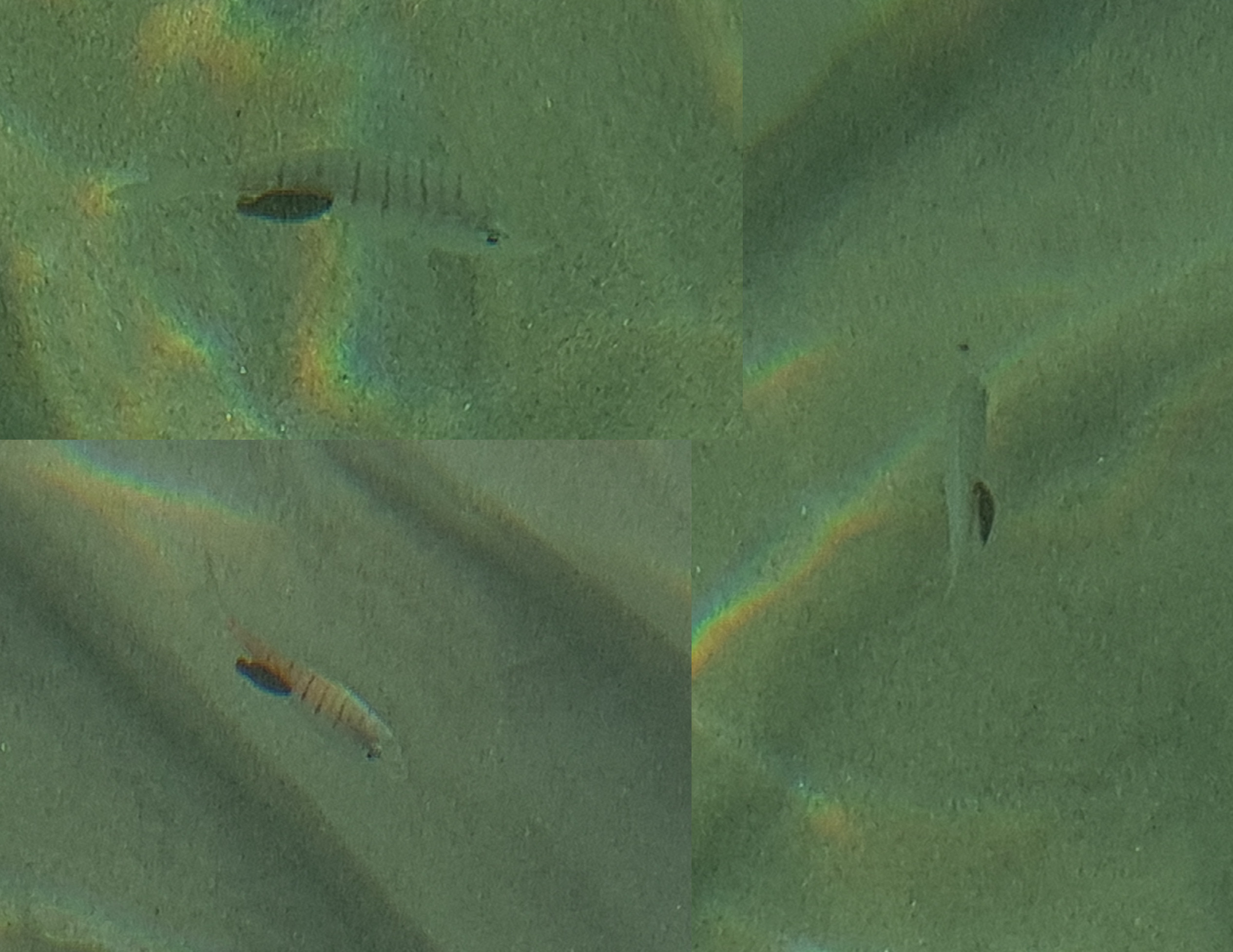 Update: I've seen three more examples today in the same spot. No pictures this time. The host fish species was the same. The parasite looked the same. The rear part of it is narrower and thinner than the rest of its body and the rear edge is uneven in comparison to the rest of its contour. In three cases out of four, it was attached to the same place at the right side of the fish. In one case, it was attached to the same place but on the left side of the fish.

Given the rough shape I lean towards an ectoparasitic isopod. I have no idea which one of the roughly 2700 species it might be, but I would guess from a quick search that it probably belongs to the families Cymothoidae or Gnathiidae as these seem to be the more common and well described (at least they have more complete Wikipedia entries, wheras the other families don't).

Not the answer you're looking for? Browse other questions tagged species-identification marine-biology parasitology or ask your own question.