How do peroxisomes work?

I have this question from my book:

A child is diagnosed with an enzyme deficiency that prevents the production of hydrogen peroxide. What would the likely outcome be of such deficiency?

I would think all of these would be effected but according to the answer key, the only one that is considered is fatty acids. The logic is that fatty acids would build up and eventually apoptosis occurs. So my question is this, is h2o2 only necessary for peroxisomes to break down fatty acids and not synthesize lipids nor is it involved in the pentose phosphate pathway?

If that’s not the case, would I be able to know what would happen if the cell stops synthesizing lipids and how would the functional absence of peroxisomes impact the pentose phosphate pathway?

1. Let's first look into the relation of lipid biosynthesis and peroxisomes -

According to this article, the main functions of peroxisomes are- 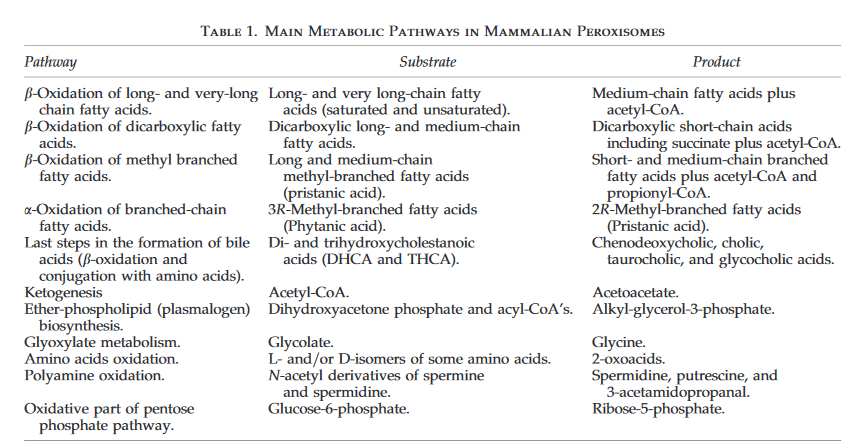 As you can see most of the pathways that occur are oxidative in nature. That is, the main function is breaking down lipids and not their synthesis. The reason why peroxisomes are also known as Oxidative organelle. Even though peroxisome is involved in the synthesis of plasmalogens, and it has no requirement of hydrogen peroxide for the same. Endoplasmic Reticulum is the organelle that synthesizes majorly lipids. So, the deficiency of hydrogen peroxide won't affect lipid synthesis.

2. Next is the role in the pentose phosphate pathway-

The major pathway for glucose catabolism is glycolysis. The location of the glycolytic pathway is the cytoplasm of the cell. Parallelly to glycolysis, PPP also runs in the cytoplasm. However, the major role of PPP is anabolic and not catabolic. The PPP is generally studied in 2 phases -

As this article states

The glycolysis and pentose phosphate pathways (PPP) are tightly connected. The glucose entering the in cell membrane is rapidly phosphorylated by HK and converted to G-6-P. The G-6-P is metabolized either by the glycolytic pathway, generating pyruvate and lactate, or by PPP to produce NADPH. The F-6-P and G-3-P generated from the non-oxidative branch of PPP can enter glycolysis

The R-5-P, a product of oxidative PPP, is converted into G-3-P and F-6-P by transketolase (TKT) and transaldolase (TALDO1), creating a reversible metabolic link between PPP and glycolysis

Since, both of these metabolic pathways are highly connected to each other. The major location for PPP is the cytoplasm. However, PPP also do occurs in plastids and peroxisomes.

Again, if there is a deficiency of hydrogen peroxide in peroxisome it won't affect the PPP.

As this article states -

Also, as mentioned above peroxisomes are the main location for fatty acid oxidation. Let's take a look at how hydrogen peroxide has a role in this catabolism. 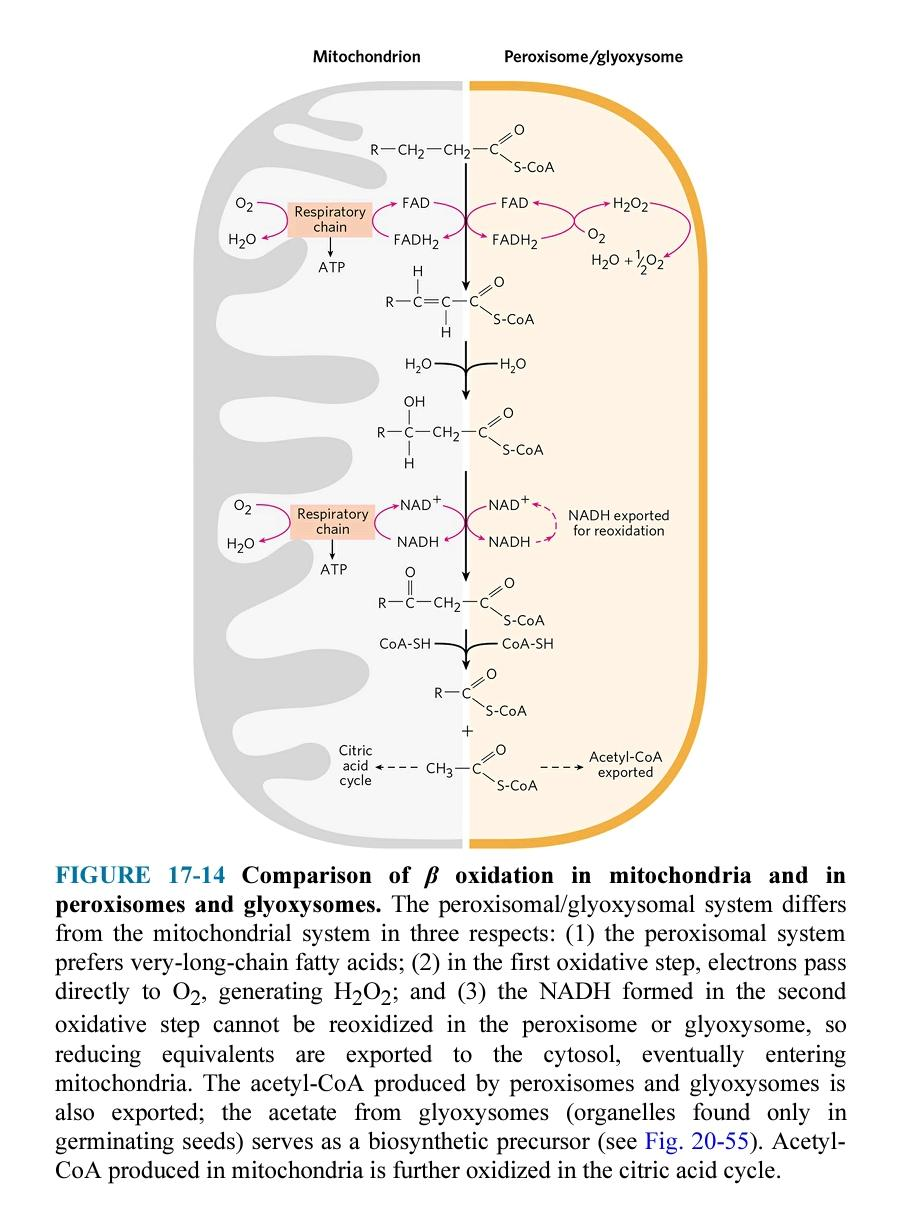 In the very first oxidative step (for mitochondria), the H-electron is transferred to oxygen, and water is produced.

In the case of the first oxidative step (for peroxisome), the H-electrons are first transferred to FAD, making it FADH2 then to oxygen, generating a hydrogen peroxide molecule. This biochemical reaction is catalyzed by H2O2 producing enzymes. This H2O2 is further broken into water and 1/2Oxygen by catalase, thus canceling out the reactivity chances of H2O2 with any other molecules.

If there is a deficiency of H2O2 in peroxisomes, that means any of the enzymes catalyzing the formation of H2O2 is deficient. In such a scenario, the first oxidative step of fatty acids breakdown won't take place in peroxisomes. This will eventually lead to the accumulation of long fatty acids chains in peroxisomes and further apoptosis.

Not the answer you're looking for? Browse other questions tagged experimental-design organelle or ask your own question.

8
How to measure bacterial content
7
How much does a biological experiment to validate a gene function cost?
1
How do plant cell vacuoles form?
2
How does radiolabeling work?