What is 'protein' in food?

I know that proteins perform a lot of functions and as a result there are a lot of different types of proteins in our bodies. When I eat food that has x grams of 'protein', what is this? A homogenous mix of proteins? A heterogenous one? Is it specific set of them that are general enough to be used by my body despite coming from a different organism? How can it be sure that my body can use the kind of protein in the food?

When we say "protein" with respect to food, what is generally meant is material that contains amino acids. Every protein is, at its heart, a long string of amino acids, which then gets processed through some combination of folding, cutting, and bonding together with other molecules.

Much of our food is made out of cells, whether animal (e.g., meat), plant (e.g., vegetables, fruits, grains), fungal (e.g., mushrooms), or bacterial (e.g., yogurt). Every cell has a widely heterogeneous mix of proteins, comprised in turn of a widely heterogeneous mix of amino acids. Milk-based foods aren't cellular, but also have a wide range of amino acid content, because mammals produce milk as a complete food source for their babies.

Inside your body, digestion breaks the proteins, whatever they might have been originally, down into amino acids, and that's what you really need to pay attention to in terms of nutrition.

The human body can synthesize the majority of amino acids out of other molecules, but there are nine essential animo acids that we have to get from our food. Any diet that provides a sufficiency of those amino acids, no matter what sort of proteins they may be originally bound up in, will provide what you body needs in terms of protein.

It's a mix of all the proteins in whatever organism the food is coming from. Some (especially vegetable/grain) sources might have fairly specific proteins present because you are eating a specific part of that organism which is enriched in that particular protein, but ultimately the specific proteins don't matter much unless you have some sort of allergy. The reason it doesn't matter much is that your body won't use the whole proteins at all.

All proteins you eat are digested into their constituent parts: amino acids. Essential amino acids are those that a human cannot synthesize themselves, so it's important that the diet contain all of these. Vegetarians/vegans in particular should be familiar with the concept of "complete protein", or combinations of food sources that serve as "complete", to ensure they have access to all the essential amino acids.

The reason we are not that interested in the details is that the body denatures most proteins in the acidic stomach and the intestines and breaks them up into their building blocks, the amino acids, without really taking a close look at them. (It's a bit like breaking up your brother's Lego stuff when you simply need grey bricks: It doesn't really matter whether it's his Millenium Falcon or his Saturn V.) The amino acids are then absorbed through the intestinal wall. They are used to synthesize the proteins our body needs (build your own star ship).

Our body can synthesize many of the 21 amino acids from scratch, some of them always in sufficient amounts; but nine of them must be ingested with food. They are called "essential" amino acids. They are like the special corner pieces you so badly need to finish your design and that are not so common.

If they are missing, which can happen with a non-varied diet, the body cannot use the other amino acids to create its needed body proteins and instead synthesizes carbs and fat from them. Therefore, a diverse diet is needed to fully utilize protein in food as building blocks for the proteins the body needs. That's the — important — exception to the rule that all food proteins are nutritionally equal.

The other answers are correct: foods you eat include a mix of proteins, which are mostly cut into their constituent amino acids in your digestive system. However, while a burger (meat or veggie), might contain thousands or millions of distinct proteins, there are some proteins that much more common than others. For example, in blood plasma, there are more serum albumin molecules than all the other protein molecules combined.

In meat, the predominant proteins are actin, myosin, and tropomyosin. As might be expected, the function of these proteins is to allow muscles to move and apply force. Myosin heads "walk" on actin tubules. Connective tissue proteins collagen and elastin are also a major components. The function of these proteins is to provide structure and elasticity. Blood proteins such as serum albumin, myoglobin and hemoglobin are also included. The major role of serum albumin is to regulate the osmotic pressure of blood (keeping cells from accumulating too much water and bursting or losing too much water and dessicating). The function of myoglobin and hemoglobin is to carry oxygen.

Myofibrillar proteins are the main components of meat, and there are around 20 or so different types in this particular group. In perspective, out of the overall 50%–55% of myofibrillar protein, myosin and actin alone account for around 65%–70% of this figure.

From: Meat: Food and Science of the Animal Kingdom. 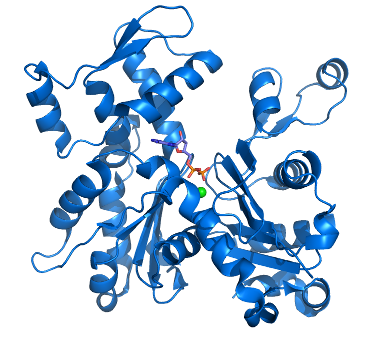 Pulses (peas, beans, lentils) contain mostly legumins and vicilins, which are oligomeric storage proteins. Hence, they serve no function other than to store amino acids that the new plant can use to grow from the seed. Legumins form from 6 subunits and have a total mass of 300–400 kDa. Vicilins are heteromeric or homomeric trimers with overall masses of 145–190 kDa. 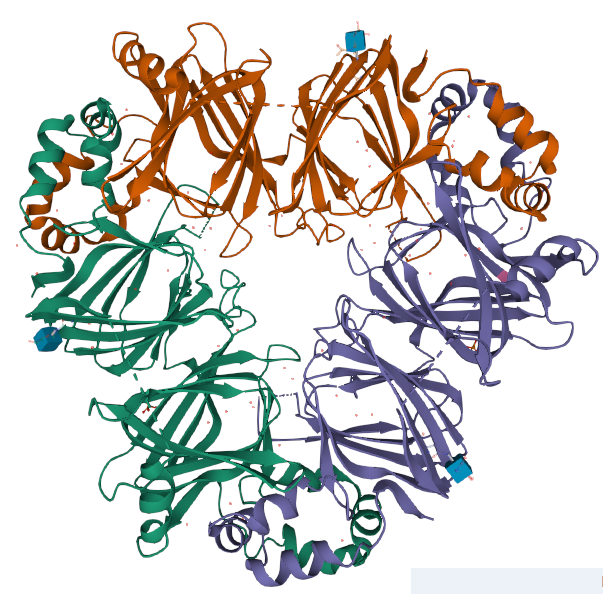 The major protein in dairy milk is casein. These proteins have an unusually high amount of proline, which inhibits secondary and tertiary structure formation. Their function is to supply amino acids to infant mammals and carry essential nutrients such as phosphorus and calcium. Together α-, β- and κ-caseins make up about 70% of cows' milk, with the rest consisting of lactoalbumin and lactoglobulin. They comprise 20–45% of the proteins in human milk, depending on stage of lactation.

Not the answer you're looking for? Browse other questions tagged proteins food or ask your own question.

1
More proteins from diet when common cold and flu?
22
Do species other than humans have distinct daily feeding patterns?
8
Is consuming proteins different vs. consuming amino-acids and how?
2
What makes something food?
4
Variation of nutrients in food
1
Can DNA sequencing of food provide quantitatively the fraction of protein from chicken vs soy?
0
Protein food eating tendency
3
Are peanut proteins similar to chicken meat proteins?
4
Does body absorb nutrients less efficiently if we ingest the same amount at the same time, opposed to spreading over a larger period?
6
Statistics: How are protein species distributed over cell types?