What is the name of this black and white dove/pigeon?

July 19, 2021. My sister found this bird outside near our bird feeders. We’ve never seen one of this coloring or size before, and I’m not sure it’s native to where we live (Northern New Jersey). It has a white plastic tag with numbers on the leg, so I’m thinking it’s either tagged for scientific research or it’s domesticated.

It was resting on the ground instead of sitting in the trees like the other wild birds that frequent our yard. My sister was able to get within 10 feet of it to toss it some bird seed and set out a bowl of water. Any other wild bird around here would’ve flown off if she was within 15 or 20 feet, which makes me think it’s either domesticated, has had contact with humans, or is injured. The bird opened its wings at one point, but didn't fly or flap them at all throughout our interaction with it.

I apologize for the image quality, I couldn't get too close to the bird or it would shy away. In the picture it's sitting down with its legs folded under it. From what I saw, it has a rounded or wedge-shaped tail that fades from white to black at the tip. The body is pure white. The wings are white but with about 3 black stripes across the outer tip. It's shaped like a dove or a pigeon and stands approximately 10 inches at its head. 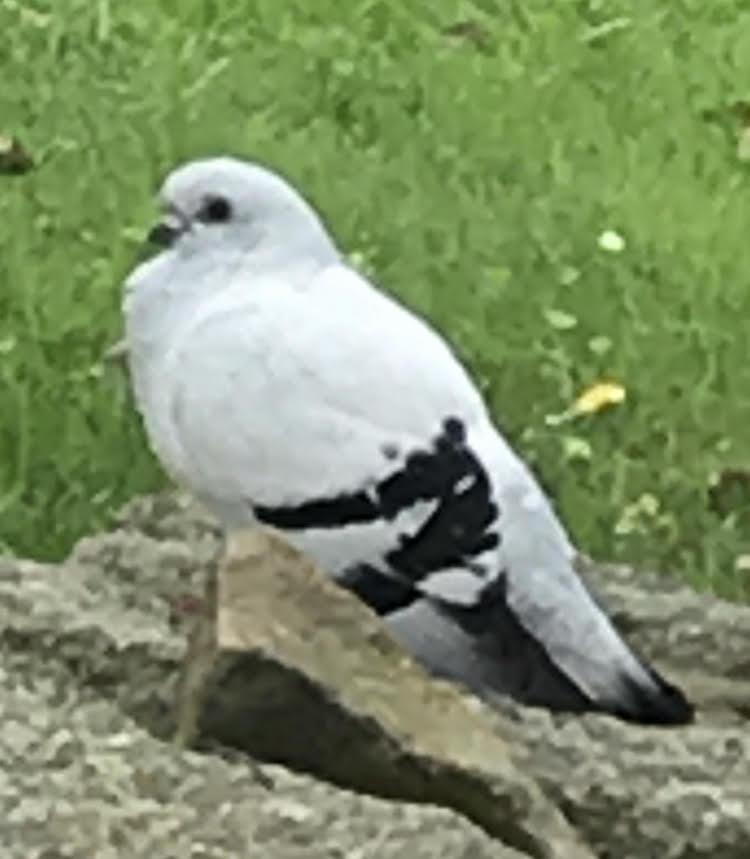 Possibly some breed of show/fancy pigeon. 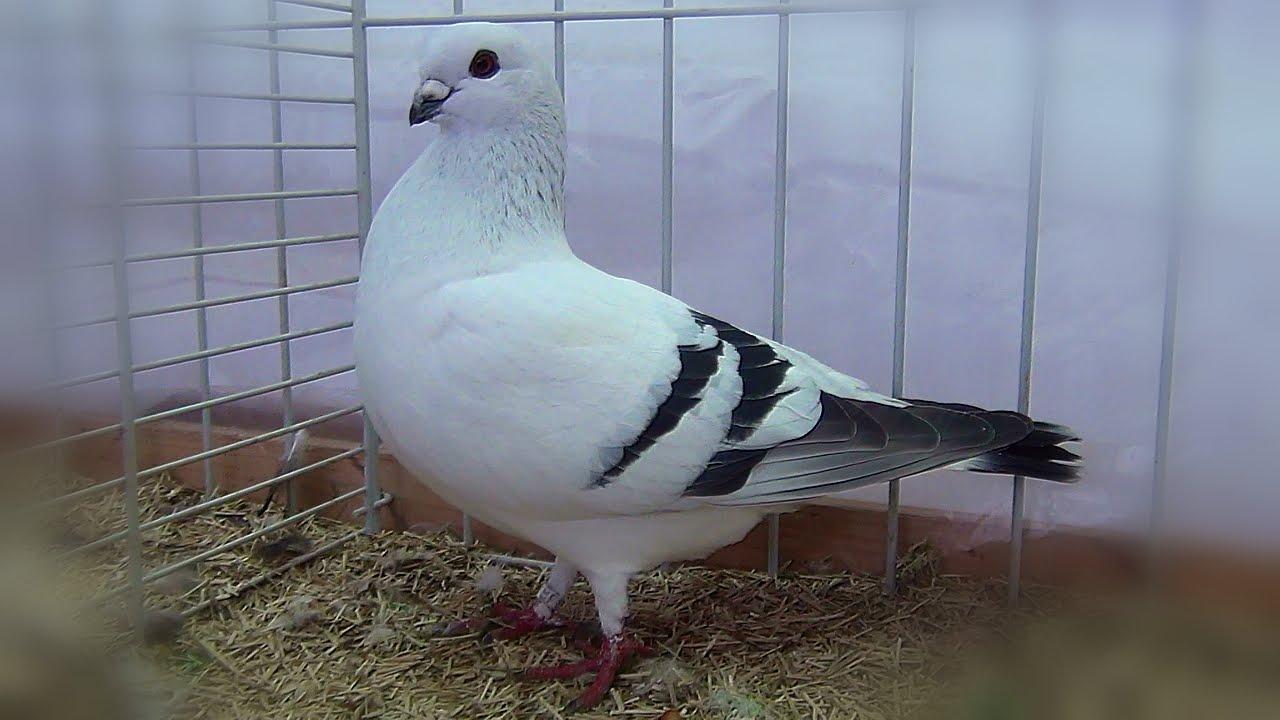 You can see some discussion/images of black/white pigeons in the pigeon genetics newsletter, and you can see the below image of some additional black/white varieties: 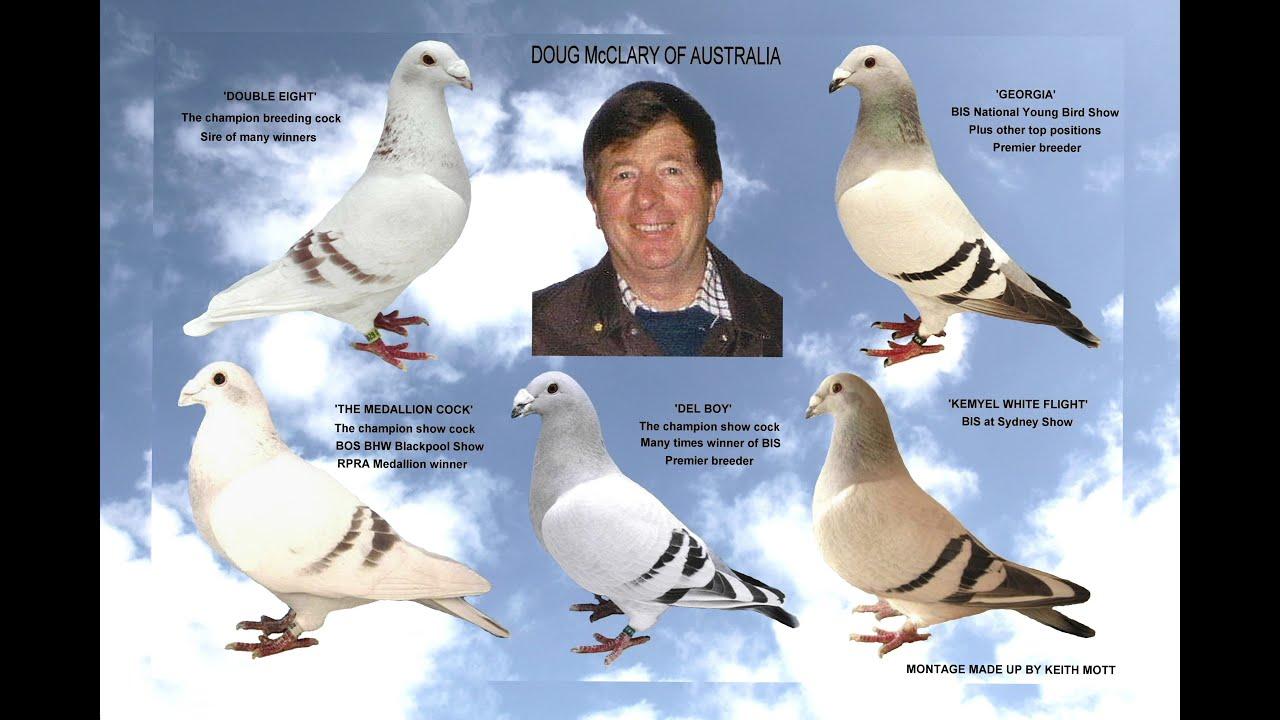