Can anyone identify this seed, pit, or nut?

I found this on the recessed top of the intake manifold of my car engine. It may have been there for weeks. It was likely brought there by a rat or squirrel who was unable to chew through the outer shell/husk. The white part seems to be where an animal gnawed on the outer portion. Note the orange color where it was apparently not chewed on. It likely was deposited in my engine compartment by a critter somewhere in inland/coastal southern or central California. 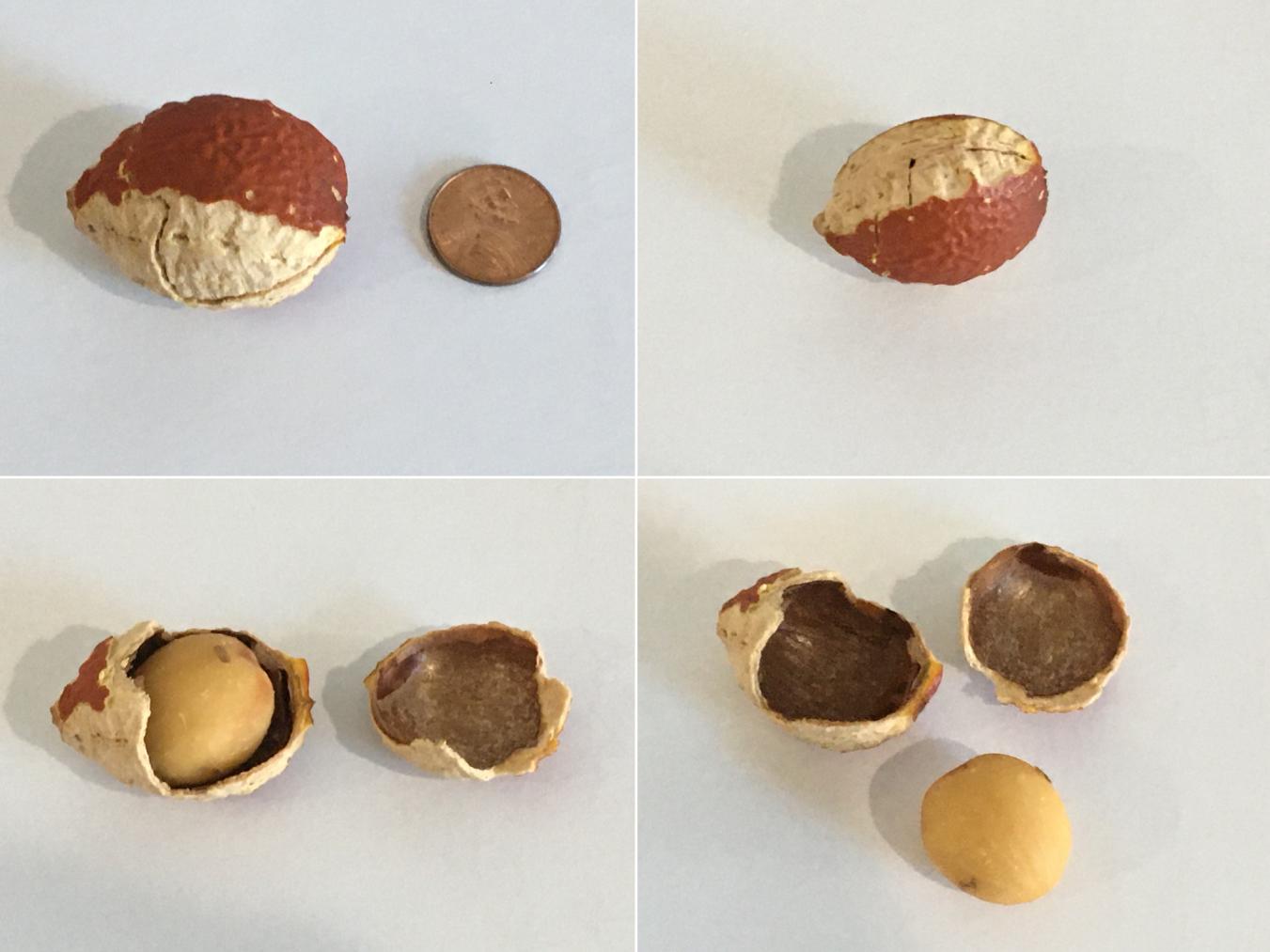 The air temperature when I found it (while changing a headlamp) was 106 degrees F (41 degrees C) and the temperature of the engine routinely gets well above that. It has been well-toasted.

The size-reference coin is a US one cent piece that is about 19 mm in diameter.

I think it had the very faintest citrus aroma when I first found it and I thought it was a small orange (orange outer skin, white pith) that had been dehydrated and then chewed on by a small animal. Then I shook it and it rattled - clearly not an orange. When I cracked it open with a large pair of pliers I found the 'nut' that you see in the images. It smells faintly nutlike and has a slightly waxy/oily finish - something like the appearance of a skinned hazelnut. Note that the 'nut-meat' has shrunk away from a dark, shiny skin.

I haven't cut or tasted the nut-meat myself on the off chance it is toxic.

Are there any forensic botanists out there?

While it is hard to tell from the chewed outer, it has the reddish-brown colour of hazelnut shell, and inside the shell is a dark brown papery layer. The nut (without the papery layer) is smooth and rounded

Not the answer you're looking for? Browse other questions tagged species-identification botany seeds or ask your own question.