Why is mammal coloration so dull?

I have seen species of birds, insects and fishes with splendid colours. But when it comes to mammals (including us humans), they almost always appear in shades of brown, grey, orange, or in black and white. I don't recall seeing any pink, green and purple. Why is that so? 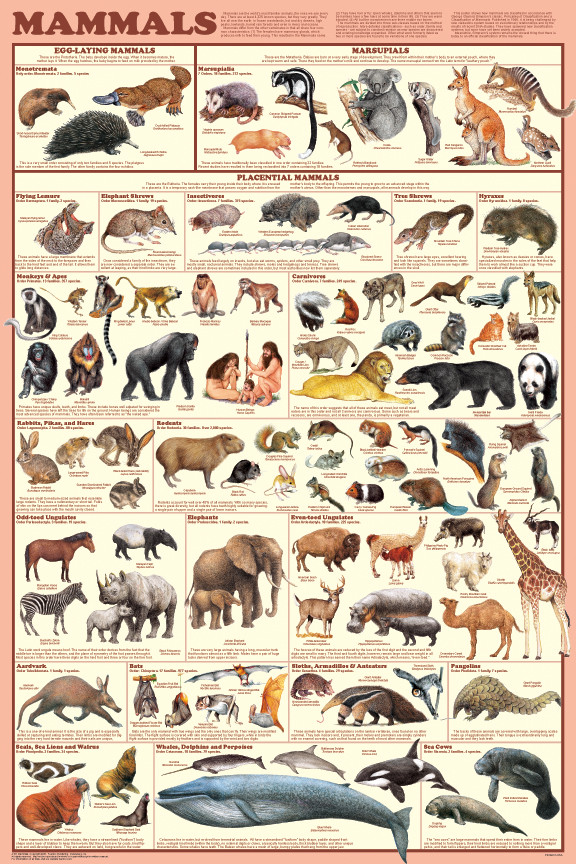 I don't think, there is a precise answer about the evolutionary mechanisms, but "mechanically":

In addition to the arguments presented in the accepted answer, I would like to add that most species of mammals are red/green colour-blind. This has to do with the fact that for much of their evolutionary history, mammals were nocturnal creatures and so the ability to see different colours wasn't necessary.

This dates back to the mesozoic period when mammals had nocturnal lifestyles in order to avoid predation from dinosaurs.

Here's an article that summarizes recent research on this topic: http://www.utexas.edu/news/2012/10/29/effects-prehistoric-nocturnal-life-mammalian-vision/

The Answer is simple..EVOLUTION.. The colour of an living organisms depends on 2 things 1) attracting other sex. 2) escape from the predators.

In birds and insects: They doesn't much depend on other sex for living(except for the process of reproduction)and there is no need t exhibit physical work for attracting other sex... For example if you take a peacock the male needs to be colourful to attract female. but there is no physical work....Let The Other example be some Insect,then if it is colourful.. a predator may not eat for its bright colour.. this made insects and birds evolute into colourful..

But in mammals. the attracting and escape both depend on physical work... a lion being handsome cannot attract lioness.. :P It need to be physically healthy to escape from predators and give an enough competition to other lions in his territory... this made evolution for mammals much depend on their capability of body.. rather than physical attractiveness.. for example in a forest a tigress will obviously pair with a Tiger which has more territory than a more attractive handsome tiger without territory(this is not a case with insects)..

Not the answer you're looking for? Browse other questions tagged mammals pigmentation or ask your own question.

6
How compatible are mammal wombs?
8
What species is this mammal?
11
Mammal body density
3
Mammal vs Placental Mammal
4
Identification of a small mammal
4
Why do some Brown Pelicans have orange or reddish parts on their bills?
9
Identification of a mammal in cage
8
Do individual mammal hairs absorb water?
5
Why do dragonflies lose all of their coloration once they die?