What is role of centriole in the formation of microtubule during cell divison?

I was learning about the centriole from different sources , and a common misconception I had was that centriole forms spindle fibres but the reality is very different.

Gamma Tubulin protein found in pericentriolar material serves as a anchor for formation of Microtubule,

So my question is

What is the function of centrioles( two barrel shaped structure perpendicular to each other) in the formation of microtubule? Is it gives support to the pericentriolar material thoughts its appendages? As we can see it is not involved in microtubule formation 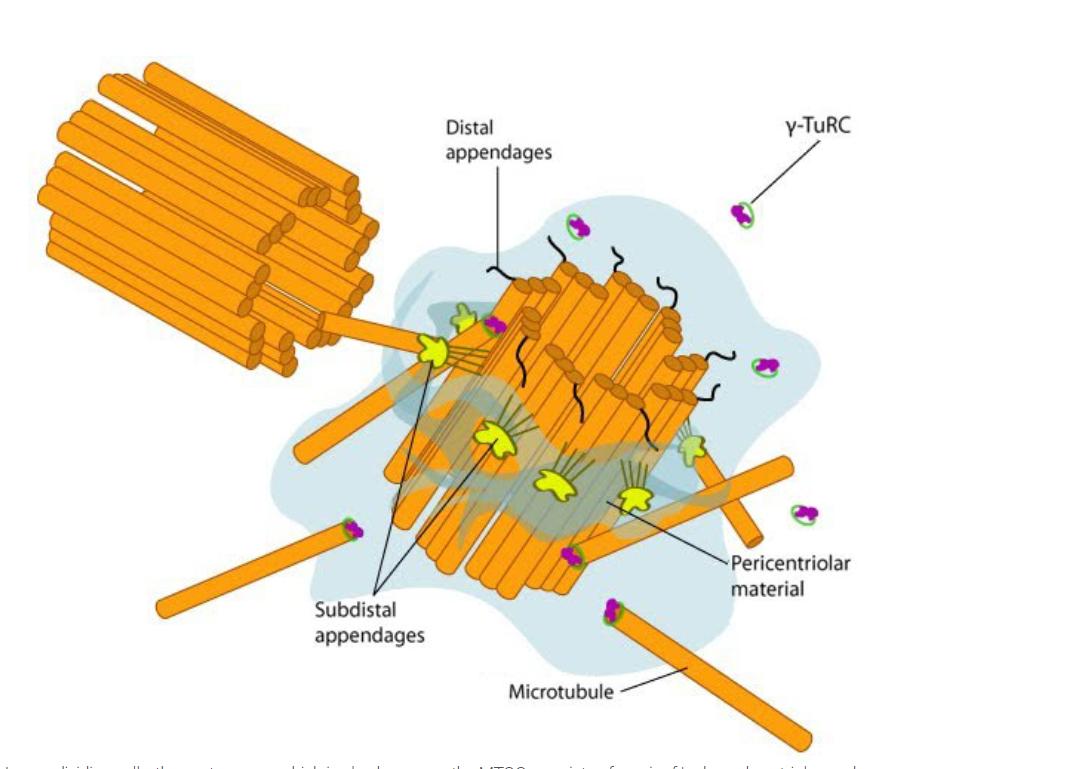 What is the function of centrioles( two barrel-shaped structure perpendicular to each other) in the formation of microtubules?

Let's clear your basics first, Centrioles have no function in the formation of microtubules. Why ??

Because, Structurally, centrioles are made up of microtubules.

Even this paper states

At the core of most centrioles is a microtubule scaffold formed from a radial array of nine triplet microtubules.

The triplet microtubules define the cylindrical barrel of centrioles and basal bodies. The triplets are at a small angle off the circumference giving the centrioles the look of a turbine.

Eukaryotic centrioles consist of 9 triplet microtubules arranged in a particular spatial arrangement. Each microtubule has 3 tubules ie., A-, B- & C-tubules. That's even visible in the image you provided in the question. 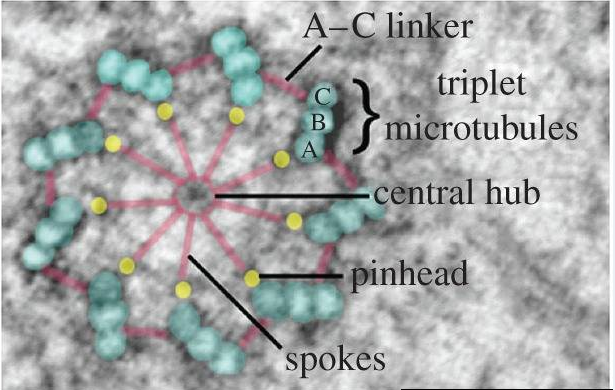 Each tubule is a protofilament ie, a chain of 13-16 tubulin subunits. Each subunit is a heterodimer of α-tubulin and β-tubulin molecules. The overall tubulin structure can differ from species to species based on the tubulin genes they encode for. Many species also have γ-, δ-, and ε-tubulin encoding genes.

The same tubulin proteins are also found in structures of cilia, flagella, and basal bodies. 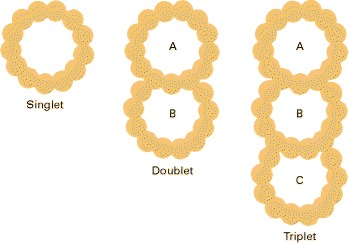 4
Reason behind formation of different shapes of cell
4
What are the effect of microtubule or microfilament inhibition on yeast expression profile?
10
How is centriole number maintained during meiosis?
5
Role of microvilli in cell volume regulation
0
Role of Intermediate Filaments in cell - cell signalling