How many loci in the human genome are heterozygous? How about other species?

EDIT:
I was wondering, considering for example the whole world population, how many of the human genes actually have two or more different alleles, or, vice versa, which genes everybody shares because there are no different versions of them. Since this seems not to be clear, I don't consider a mutation in a single individual an allele, maybe take 1% occurrence amongst all individuals as a start? I'm no biologist though...

By loci I mean whatever you think makes sense. Again, I don't mean single bases, preferably something like the classic idea of a gene. But I'm happy for whatever you can tell me.

If you want an actual number, well, it depends (of course). First off, what is your definition of loci? That term is broad, and can be construed to mean everything from large, megabase-length genes to every individual base.

That being said, it turns out there are some serious runs of homozygosity (ROH, meaning long regions of the genome that are homozygous) in human populations. This of course will vary widely from population to population, and amongst outbred individuals. This paper has some AMAZING figures that are worth checking out but are a little more involved. Here is a table from this paper which is likewise quite excellent; also, check out figure 3. 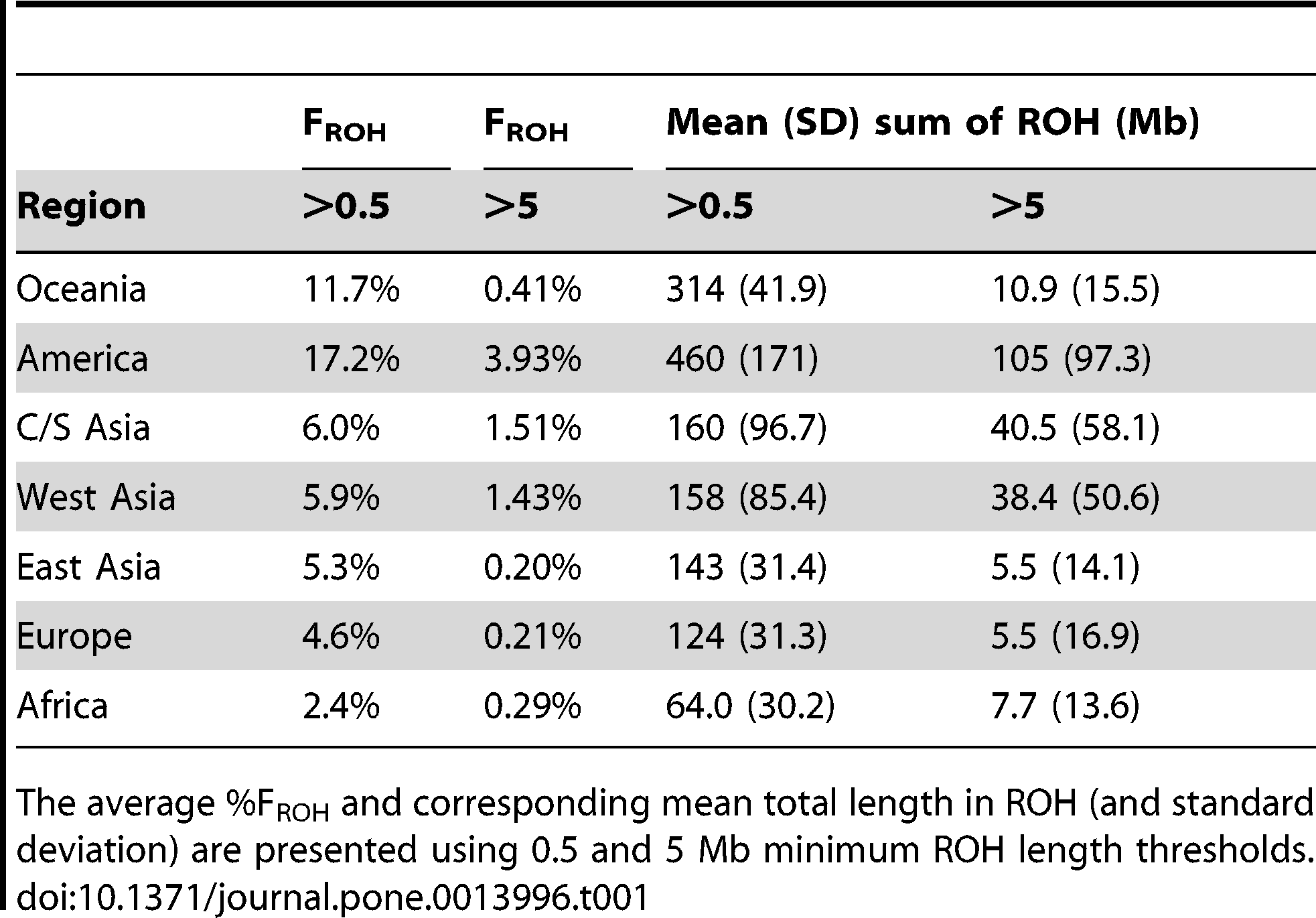 Your new/edited question is actually very difficult to answer. For an extreme example, look at the Human leukocyte antigen; some have hundreds or thousands of alleles, but if you were homozygous for each it would be bad (disease susceptibility) but you'd be fine otherwise.

Again, it depends on what you consider an allele or locus. Most studies look at single base changes (SNPs) because they are 1. easy and 2. useful. It turns out that there are a lot of these single changes. The Human HapMap project is hard at work on this and recently published a data set with 3.1 million of these SNPs, among 270 individuals from different populations, roughly one every kilobase. In a similar vein, the 1000 genomes project recently published an enormous catalog of variation from almost 1,110 individuals in 14 populations. Both projects focused on major variants.

The best answer I can give you from these studies is that, within a given population, any two DNA strands are around 80% identical, of which around 0.5% is by direct relation (table 5. Those numbers vary hugely between populations, with Yoruba Nigerians being the most diverse, followed by Utah Whites and then Han Chinese and Tokyo Japanese. This is just an average across the entire genome, as purported functional differences are comparably rare, with over 85% of protein-altering changes being very rare (<0.5% frequency).

In summary, almost every single site we know of has more than one version somewhere. Most traits are very complex and are affected by many genes, so even similar appearances can come from very different genetics. Individuals tend to be highly heterozygous, even if populations on a whole have limited heterozygosity. A single pair of siblings mating can produce massive defects, showing just how necessary our heterozygosity is. We each have dozens of large, lethal mutations (deletions, mostly) that don't usually matter thanks to heterozygosity.

The number of possible genotypes from only a few loci is great, and can be calculated using the formula

where k is the number of alleles at a particular locus. 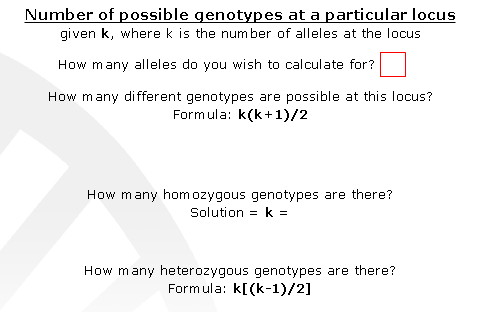 Not the answer you're looking for? Browse other questions tagged genomics genomes human-genome or ask your own question.