Mutations in a Petri dish overnight

How long does it take for a bacterial culture in a Petri dish to experience all possible single base pair mutations? Can 12 hours be enough?

I want to get an intuition for whether a given mutation is a rare event we can only hope for or something that is all but guaranteed to happen.

I've looked up some articles and tried to pull out numbers from them:

This comes out to 0.9 mutations on average per base pair per hour. Each base pair can change into 3 different base pairs. After 3 hours we will have had almost as many mutations as possible! We can get the same mutation multiple times. But even accounting for that, it's almost certain that a given mutation will happen within a day: 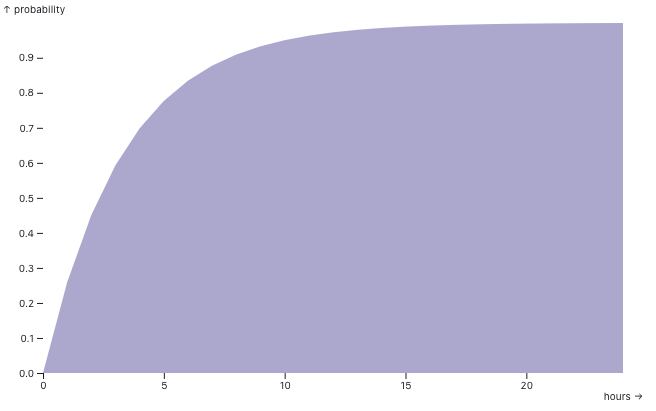 (Click the chart for an interactive view where you can try different numbers.)

Indeed we can see research [6] where selection can give rise to new mutant strains every day: 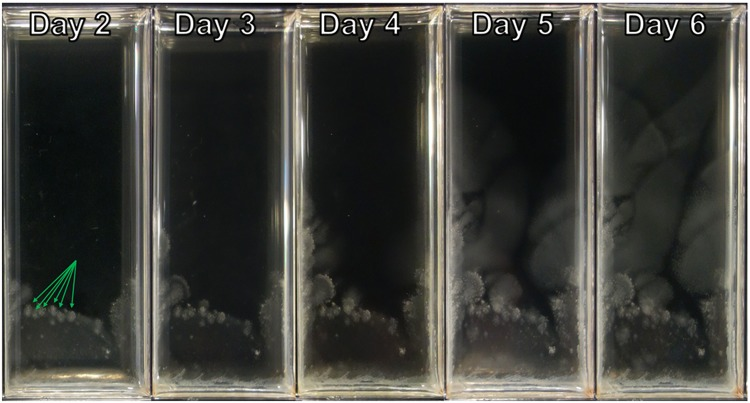 In general if the inverse of the base pair copy error rate is close to the population size, we will see a large subset of all possible single base pair mutations in each generation.

How likely it is that truly 100% of mutations have happened is known as the "coupon collector's problem". Its solution tells us that the expected number of mutations needed to cover all 3 × 4.6 million point mutations is $3 B \times log(3 B)$. With our numbers above we are doing around 4.1 million mutations per hour, so we would on average need around 55 hours.

3
What if a Point Mutation is seen in only half the coverage for its location?
1
Are efflux pumps mutations or are they originally present in N. gonorrhoea?
8
Is Mutation Theory still "valid" for complex organisms?
2
Actively Harmful mutations
1
What happens when the bacteria in the petri dish lack nutrients for long time?
3
If bacterial resistance randomly occur, then why limit broad-spectrum antibiotic use?