What is this plant (see the photo)?

I wonder what this plant is? It looks quite unlike the plants we see everyday. I have tried photo search engines and apps, but cannot find anything. 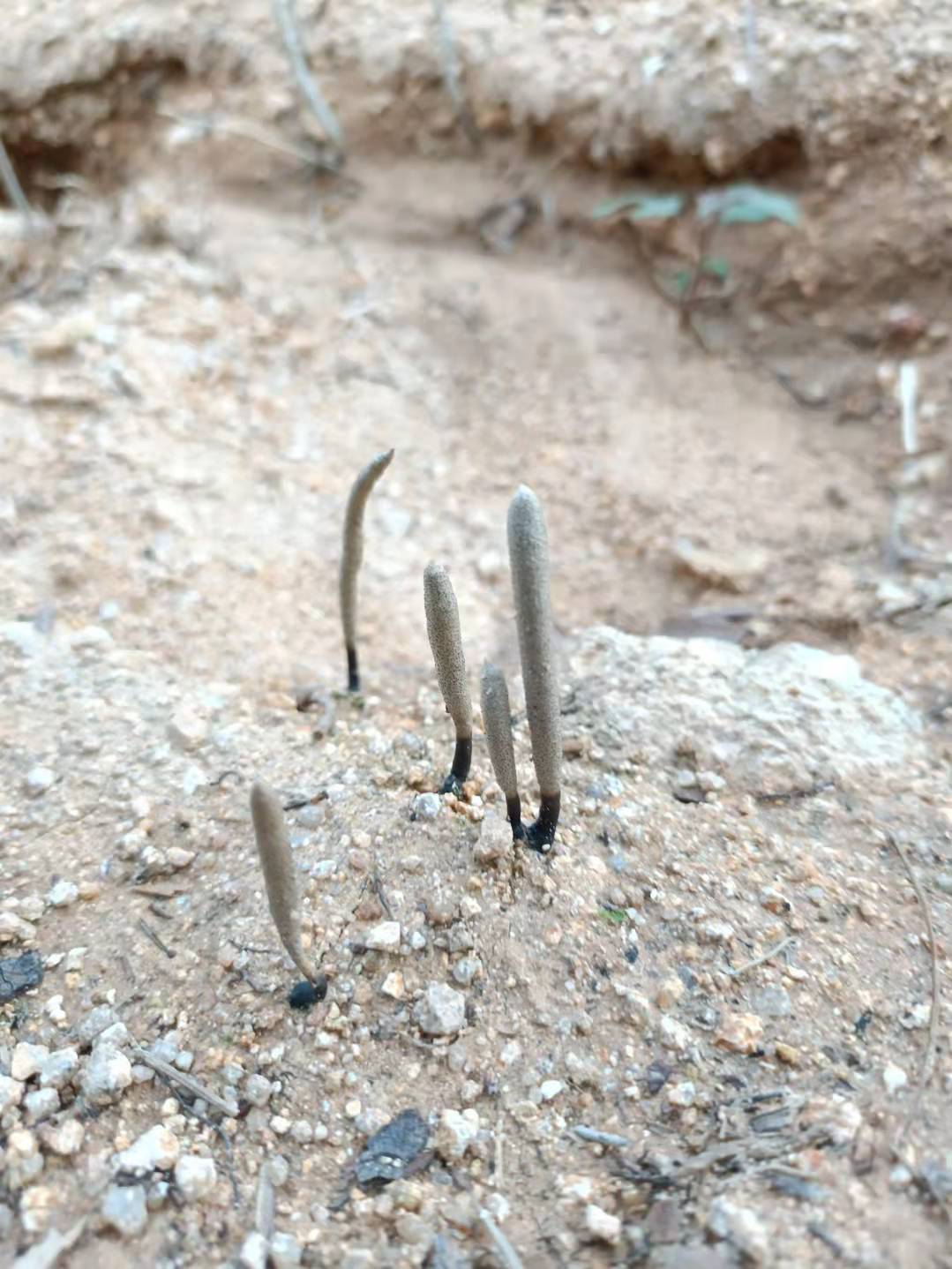 Greater than 600 species of this fungus exist worldwide, their fruiting body's are club-shaped and range in colour from white to bright orange.

The spores being entomopathogenic, find an insect-host and proliferate within until the insect's behaviour is conditioned for the survival of the fungi. This has earned some varieties the name of the Zombie Fungus for the strange behaviour observed in inoculated individuals.

The Wikipedia article indicates that is a part of the ascomycota division which indicating it's reliance on a sack-like (or "wineskin") fruiting body to reproduce, just like common edible mushrooms.

Popular in Chinese traditional medicine and as a food supplement increasingly in other parts of the world, there is yet no conclusive benefit medicinally.

Another photograph, showing a cluster of fruiting bodies.

I think it's a fungus. Maybe like this https://en.wikipedia.org/wiki/Xylaria_longipes ? Here you can see similar ones https://mushroomobserver.org/196852?q=2pXG

I think it is that one.