Why can't humans digest dietary fiber when we can digest starch?

So, I can see that there's a couple of questions touching on this subject already, but none of them answer the aspect that I'm curious about:

So, why are our bodies are able to digest starches and not dietary fiber, when the process for digesting starches involves breaking up the starch polymers into sugar molecules? Why can't the same enzymes used to break down starches break dietary fiber down into its component starch molecules, or break individual sugar molecules off of the ends of them?

Is it simply a matter of time, and we simply pass put the partially-digested remains of the dietary fiber because it doesn't remain in our gut long enough to properly digest? I know that cows have multiple stomachs to facilitate the digestion of grass, but I also know that they've got symbiotic bacteria helping them out as well. 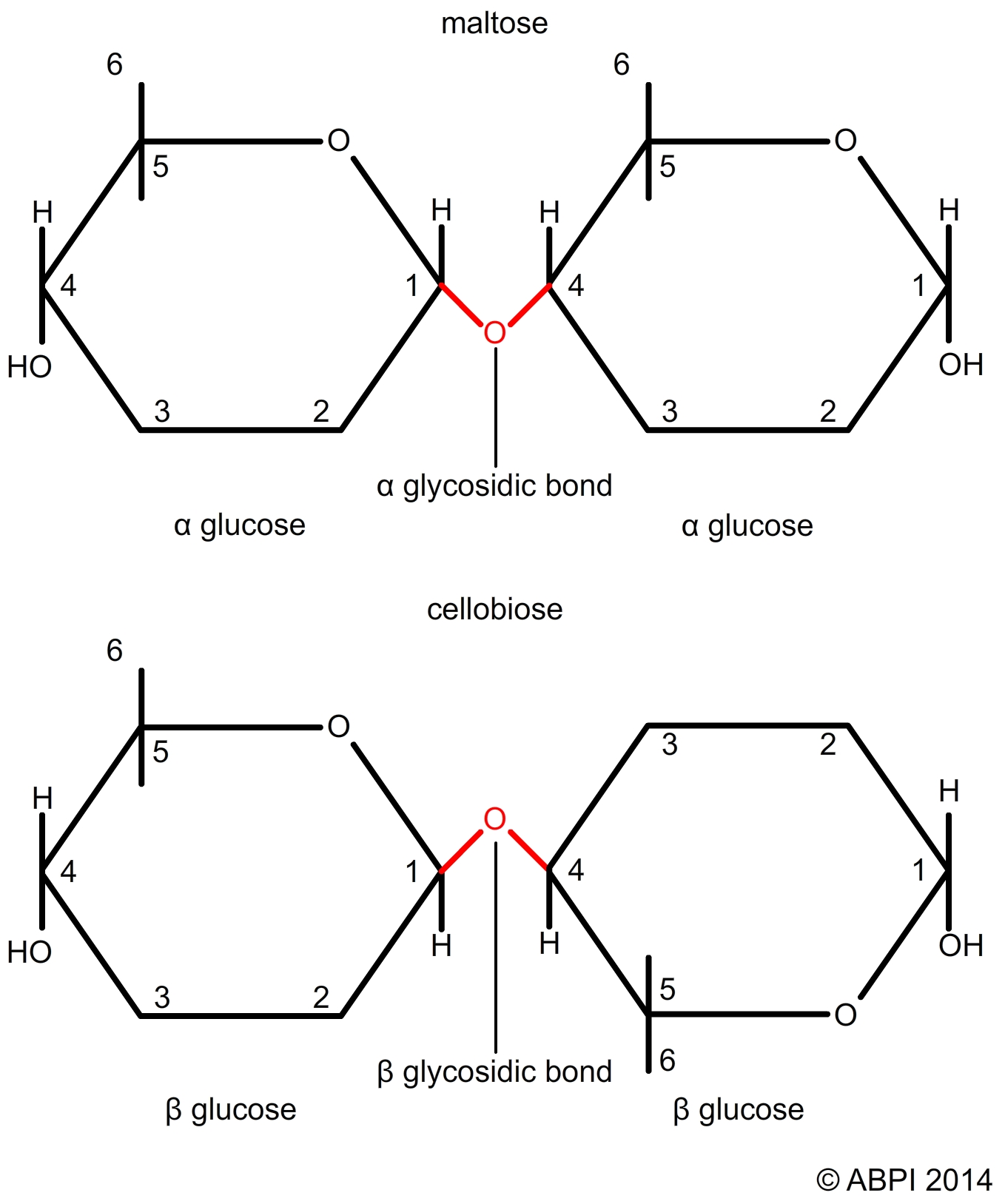 From Chemistry of Life at abpischools.org.uk

Maltose is one of the disaccharides produced when starches are broken down, while cellobiose is a disaccharide from cellulose.

Alpha bonds are broken during digestion of starches by the enzyme known as Î±-amylase, in particular one that specializes in breaking Î±-(1,4) bonds (there are other alpha bonds, like Î±-(1,2), as well). Humans express a number of Î±-amylases. However, Î˛-(1,4)-amylase is only expressed in bacteria, fungi, and plants. Even cows and other grass-eating animals can't digest cellulose on their own â€“ they have massive colonies of bacteria in their digestive systems to do it for them.

The reason Î±-amylases can't break Î˛ bonds is that the two different molecules have rather different chemical "shapes", even though the structures look very similar in the flat drawing above. You may have heard that enzymes work by a sort of "lock and key" model. The substrate (the thing being chemically altered by the enzyme) fits into a specifically-shaped binding pocket surrounding the active site on the enzyme, just like a key fitting into a lock. If the key is the wrong shape, sometimes even by just a little bit, it won't fit properly and won't open the lock. In the same way, if a potential substrate doesn't have the correct chemical "shape", it won't fit into the binding pocket of the enzyme and be acted upon.

Not the answer you're looking for? Browse other questions tagged human-biology biochemistry enzymes digestive-system digestion or ask your own question.

17
Why do we have no enzyme to digest cellulose?
5
Can reptiles digest grains?
18
How can birds disperse seeds when they are able to digest them?
4
If humans had cellulase would they be able to digest grass?
21
Why are sugars in whole fruits not digested the same way sugars in juice are?
2
How can we digest lactose even though it has Beta glycosidic linkages?