What is this plant which closes its leaves when touched?

I came across this video on Facebook where a plant closes its leaves when touched. Unfortunately the video does not mention the name of this plant.

What's the name of this plant, and where can I see it? 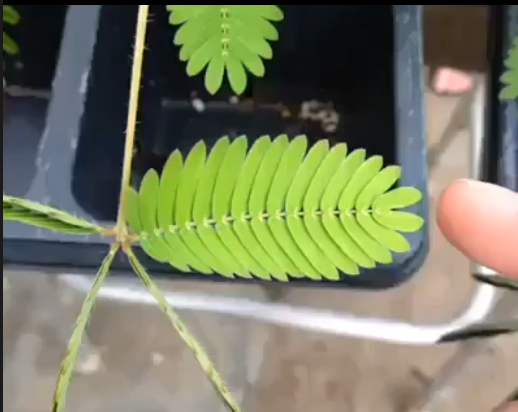 It is a Mimosa pudica, a wonderful plant. According to wikipedia you can find it in the following places:

Mimosa pudica is native to South America and Central America. It has been introduced to many other regions and is regarded as an invasive species in Tanzania, South Asia and South East Asia and many Pacific Islands. It is regarded as invasive in parts of Australia and is a declared weed in the Northern Territory, and Western Australia although not naturalized there. Control is recommended in Queensland. It has also been introduced to Nigeria, Seychelles, Mauritius and East Asia but is not regarded as invasive in those places. In the United States of America, it grows in Florida, Hawaii, Virginia, Maryland, Puerto Rico, Texas, and the Virgin Islands.

If you think that's impressive, look at this video of Dionaea muscipula the venus fly trap:

45
How does the sensitive plant detect vibrations?