What is this spider with blue striped head? 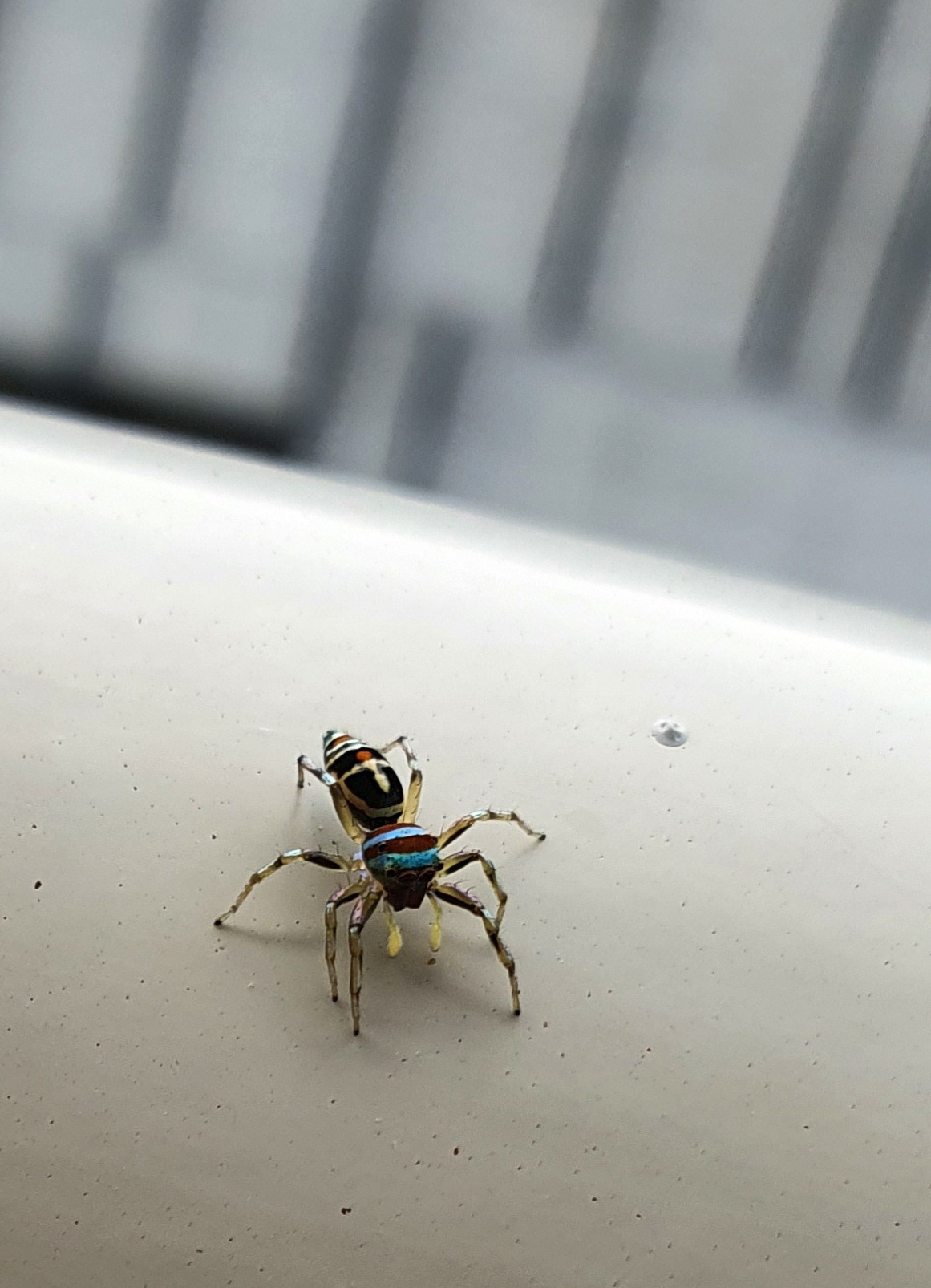 I found this spider on the balcony of a Brisbane, Australia quarantine hotel. About 1.5cm. Anyone know what it is?

I was simply writing this as a comment, but it became too long/detailed. I wanted to supplement @timeskull's answer with a bit more nuance.

I agree that this looks like a female Cosmophasis micarioides

A more similar looking specimen to the OP's photo: 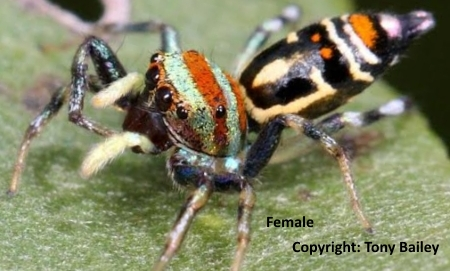 You can read more about the species here, including that its "extremely variable." Importantly, the mature male is much darker with blue and black lines, while the female is much brighter with reds/yellows. Sub-adult males actually look like a cross between the two:

The female can feature combinations of orange, black, red or blue-green, usually with metallic bands across the cephalothorax. The males look like females until they become sub adult, when they look like a cross between the female and the adult male...You can recognise C. micarioides males by their black face lines

@timeskull's answer looks different from the OP's specimen because the specimens in that photo are likely sub-adult males or juveniles vs. females. -- they're actually identified as juveniles here

According to Whyte & Anderson (2017)1, the species is widespread and common in tropical Australia south to Brisbane.

It's obviously a salticid, so I looked through the thumbnails of jumping spiders at arachne.org.au until I saw the green and orange head bands. Fortunately they used the female spider for the thumbnail as the male looks quite different and I wouldn't have checked if it was pictured.

Description and more images on the species page: http://www.arachne.org.au/01_cms/details.asp?ID=2583

5
What is the name of this red and blue striped spider (?) - Brazil, Rio de Janeiro