Why are urban birds still scared of humans?

I understand that animals are naturally scared of humans because we basically slaughtered every living thing we found in our way for millennia. How long does it take for them to genetically 'forget' we are a threat?

Perhaps counter-intuitively, fear of humans is often a learned behaviour. There are accounts, such as one made by Charles Darwin following his visit to the Galapagos islands;

In Charles Island, which had then been colonized about six years, I saw a boy sitting by a well with a switch in his hand, with which he killed the doves and finches as they came to drink. He had already procured a little heap of them for his dinner, and he said that he had constantly been in the habit of waiting by this well for the same purpose. It would appear that the birds of this archipelago, not having as yet learnt that man is a more dangerous animal than the tortoise or the Amblyrhynchus, disregard him, in the same manner as in England shy birds, such as magpies, disregard the cows and horses grazing in our fields.

From "The Voyage of the Beagle" - http://www.ling.upenn.edu/courses/hum100/Beagle17.html

Birds born and bred in proximity to humans will have learned that we are actually to be avoided.

Ducks and swans, for instance, (and this is quite anecdotal) live in very close proximity to a lot of humans in cities, and feel confident walking picking up food. However if you try to get close to one they are very quick to get out of the way. The only exceptions to this are learned behaviours, such as when someone stands and feeds them.

In the wild animals may be cautious of humans if we are much bigger than them, but if they have no experience at all of human contact they may just ignore them. This quite often happens with film crews in Antarctica, as in the below image from the BBC's Frozen Planet series. 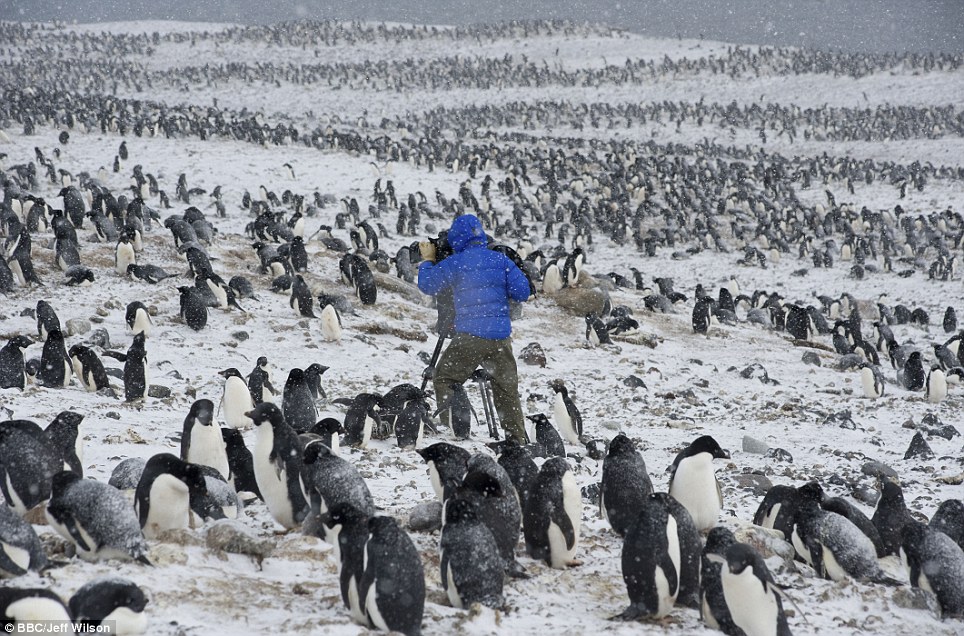 Not the answer you're looking for? Browse other questions tagged evolution zoology dna or ask your own question.

2
Are domesticated animals really "more intelligent," or is that a myth/misunderstanding?
4
Why are cancer rates low in large animals?
0
Why do simulations of dichromatic color vision portray medium wavelengths as yellow rather than green?
14
Are there animals that have evolved a resistance to human activity or encroachment?