What is this large, lively barnacle?

Yesterday I found this creature in a rocky cove in central California, around mid tide (+ 3 feet). It's about 3-4 inches long. At first I thought it was dead, but it closed its mouth when I removed the tiny white pebble, and rotated the operculum rapidly when I poked the bit of exposed yellowish flesh underneath. I think it's some sort of acorn barnacle, but haven't been able to identify a species with the white shell and distinctive red-and-white color and texture differences on the opercular plates. What could it be? 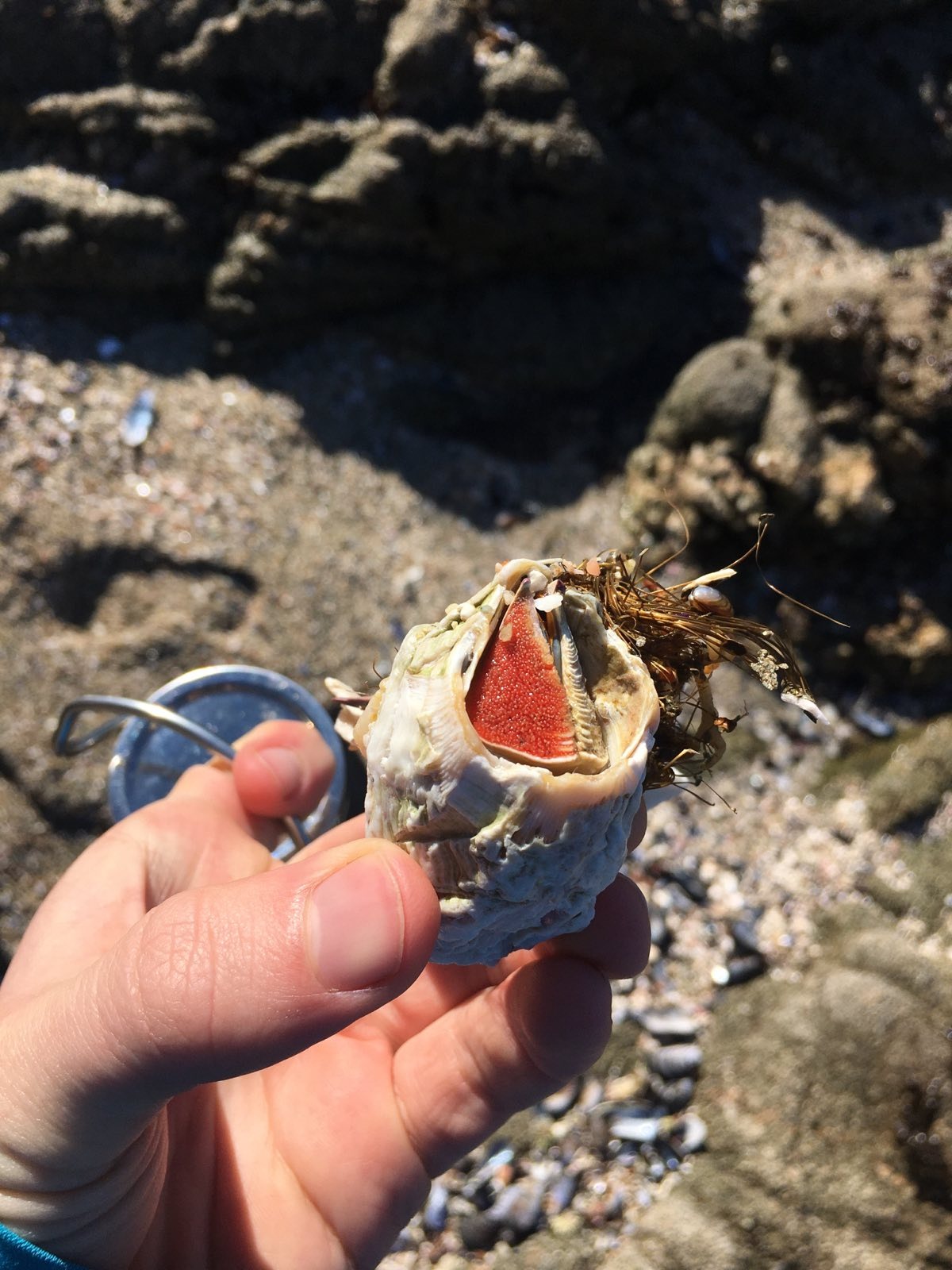 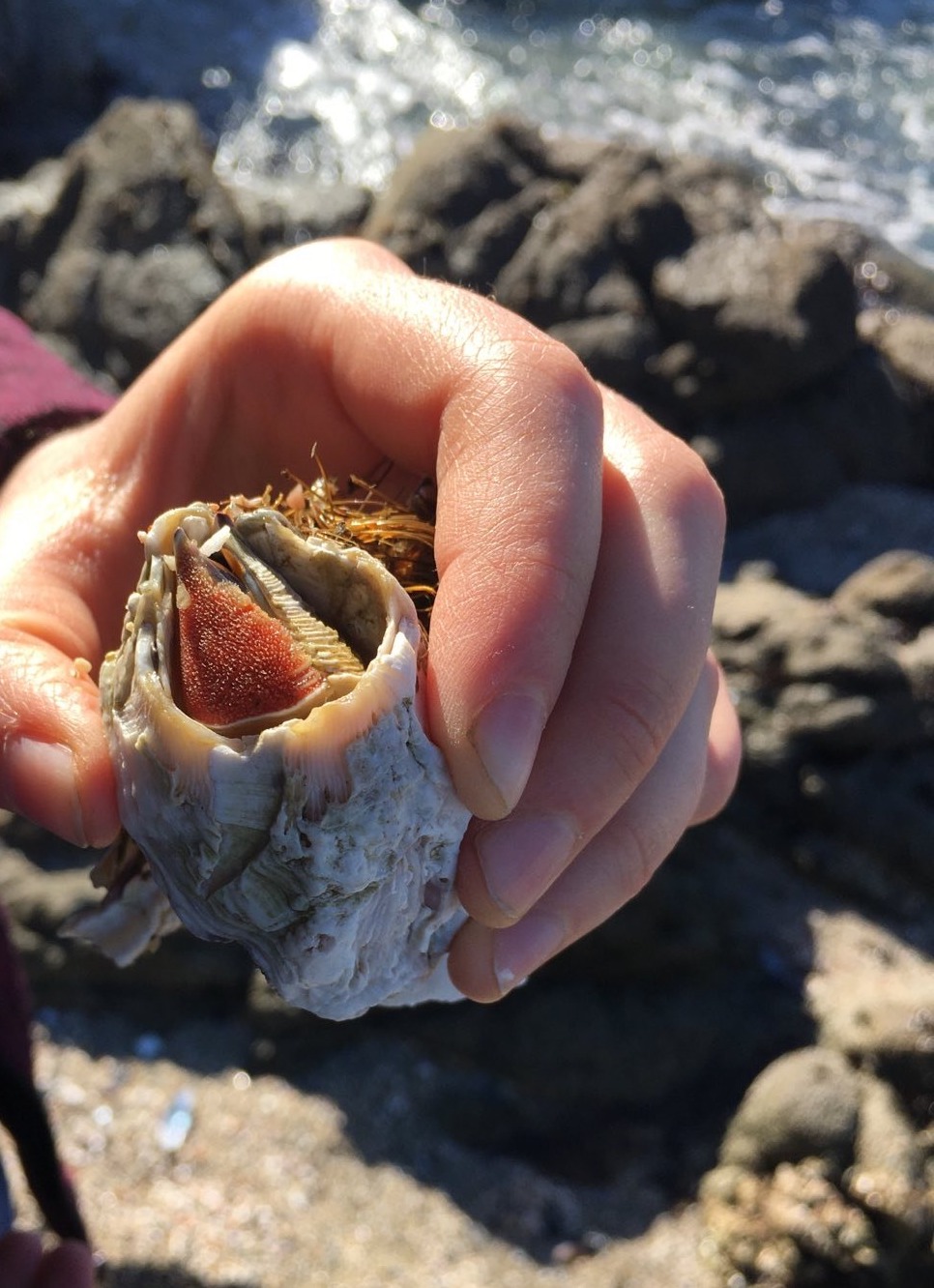 Update: this is a giant acorn barnacle, Balanus nubilis. Between Pacific Tides mentions that they can vary widely in coloration, and there's a picture of a similarly colored one here.

We had our ID confirmed by email by a representative of the Monterey Bay Aquarium, who added this info:

You beat me to it. That is indeed a giant acorn barnacle (Balanus nubilus). Unfortunately, barnacles can’t survive long after being detached from their rocks and they’re unable to reattach on their own. Rocky intertidal zones are harsh environments and animals living in these areas must deal with both water and air, rapidly changing temperatures, exposure to sunlight, desiccation, high wave energy, and predators from both land and sea.

The stringy threads attached to the barnacle in your photo are the byssal threads of California mussels. Mussels secrete these threads to anchor themselves to rocks, each other, barnacles, etc. It’s very common to see mussels and barnacles clumped together in high surf zones.

perigonperigon
16122 bronze badges
$\endgroup$
Add a comment  |
-1
$\begingroup$
Want to improve this post? Provide detailed answers to this question, including citations and an explanation of why your answer is correct. Answers without enough detail may be edited or deleted.

I think it's a thatched barnacle (Semibalanus cariosus). The iNaturalist app would also be a helpful tool in which to ask this question.

5
What insect is this?
6
Identify this large (swamp) fly?
7
Is this a saltwater millipede?
0
What arthropod is this?
28
What is this strange sea creature we found on the beach?