In evolutionary history, which came first - neuron or astrocyte?

As research is showing astrocytes role in information processing [1], I am interested in knowing which evolved first - an astrocye or a neuron ?

Short answer
Neuroglia evolved after neurons did. The evolution of glial cells coincided with increased complexity of the organization of the nervous system.

Background
Glial cells are supportive cells for neural tissue. As such, evolution of glia before neurons would not be a parsimonious hypothesis, however not impossible.

Glia indeed seems to have evolved after neurons did. Arguably, Ctenophora (comb jellyfish) and Cnidarians (hydras and sea jellyfish) feature the most primitive neural systems known today. They have diffuse nervous systems, characterized by relatively simple semi-independent networks. These networks lack conglomerates of specialized neurons called ganglia, and these animals don't have a brain or a spine such as the chordata have. They also don't have glial cells associated with the diffuse neural networks. 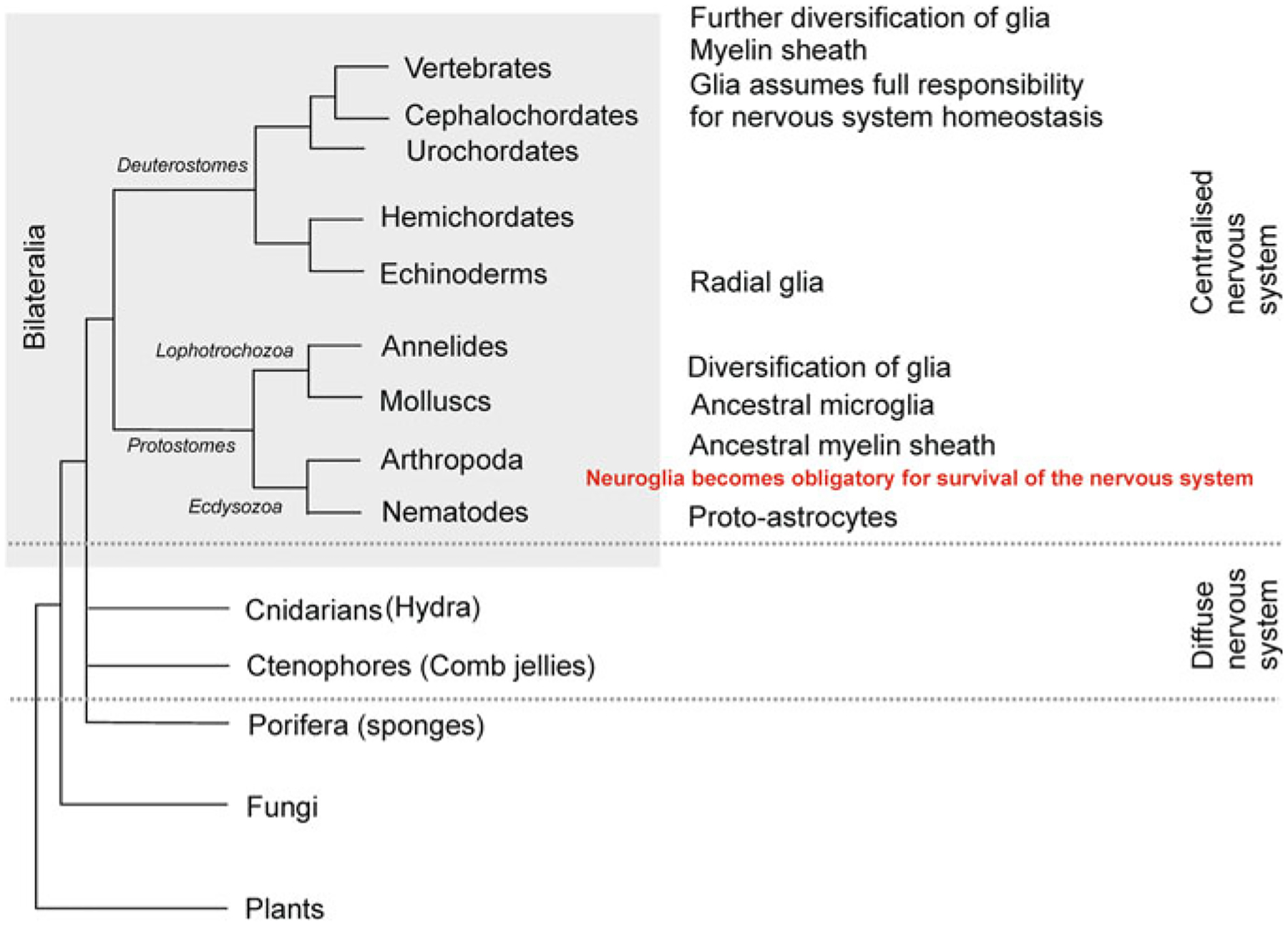 Not the answer you're looking for? Browse other questions tagged evolution neuroscience brain or ask your own question.

1
Evolutionary history: did any organs start out as autonomous organisms?
2
Why do the neuron pathways decussate?
1
Do individual neurons communicate with the origin of thoughts?
6
What came first? The DNA or the DNA polymerases?
1
Do axonal conduction delays have a function?