What is the name of this species of bird?

I've enjoyed watching this pair of birds build a nest in my patio light. One bird now appears to be in residence, and the red bird seems to come and go. I think they might be mates? These photos are taken in Mesa, AZ, in the USA. 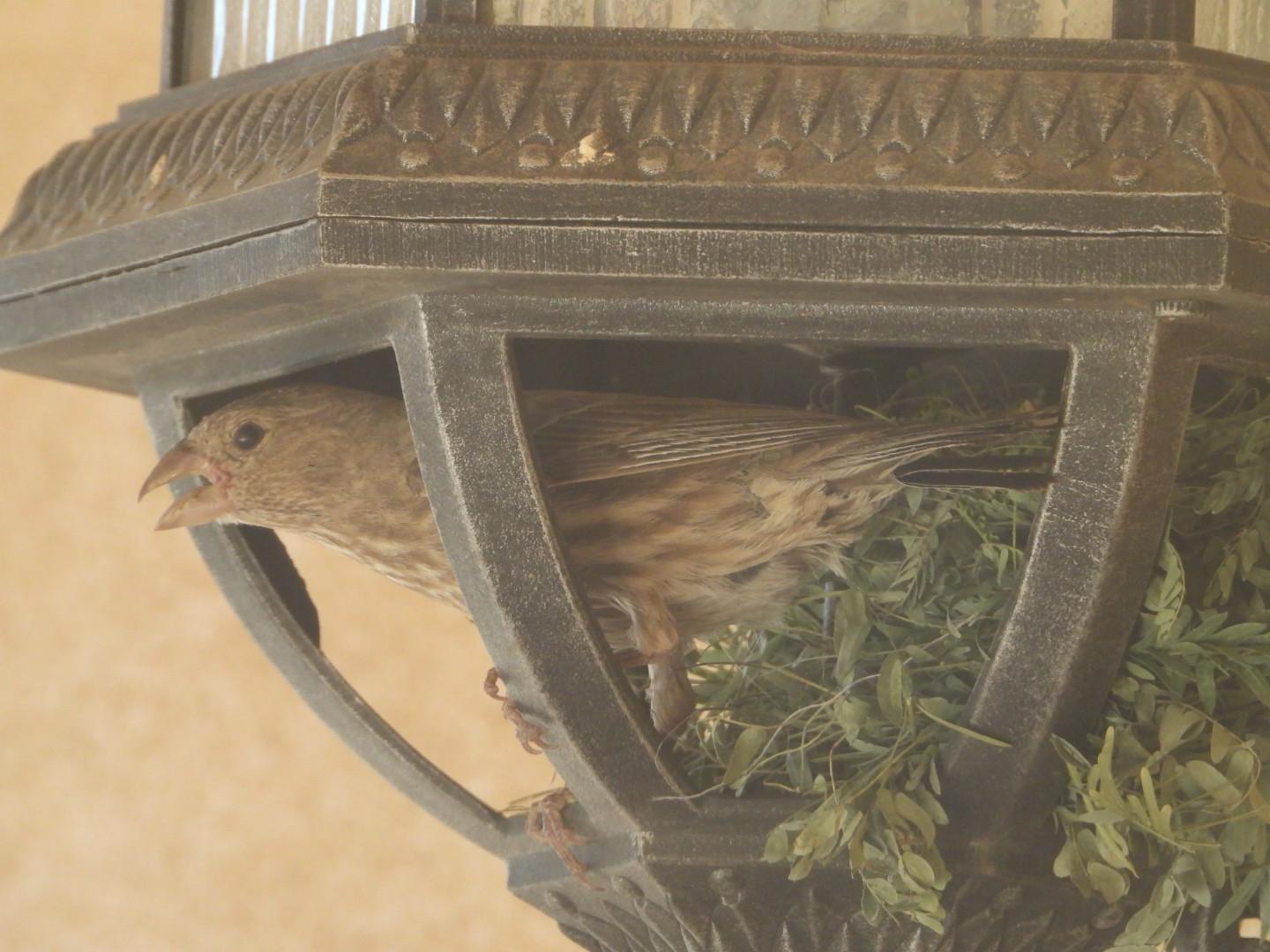 And here's the red bird: 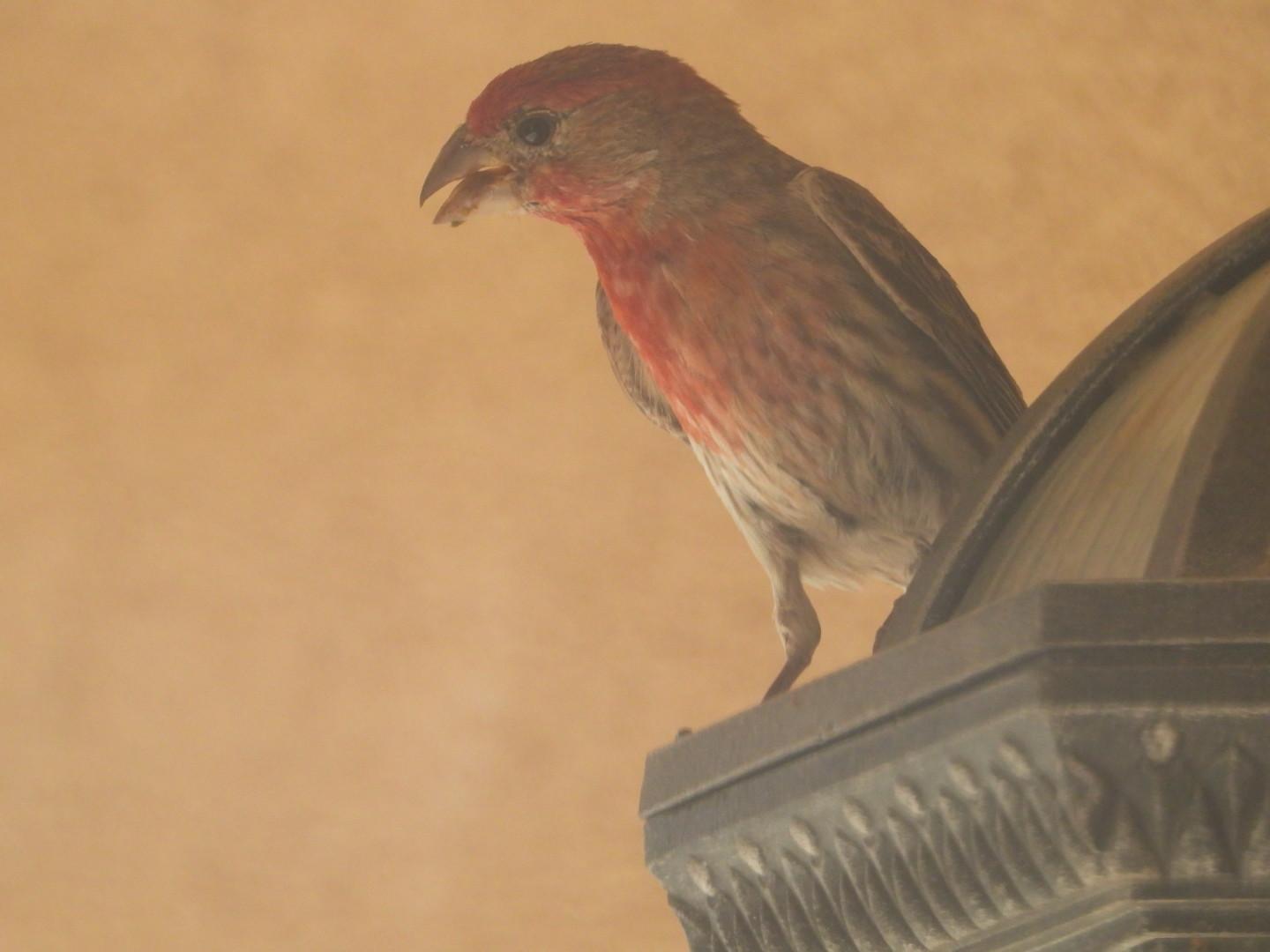 The birds are pretty small. I'd say maybe 4-5 inches from beak to tail. As I said, this nesting behavior started about a week ago.

Can anyone help me identify these birds so I can learn more about them?

These birds are mainly permanent residents throughout their range; some northern and eastern birds migrate south. Their breeding habitat is urban and suburban areas across North America, as well as various semi-open areas in the west from southern Canada to the Mexican state of Oaxaca; the population in central Chiapas may be descended from escaped cage birds.

They primarily eat grains, seeds and berries, being voracious consumers of weed seeds such as nettle and dandelion; included are incidental small insects such as aphids. They are frequent visitors to bird feeders throughout the year, particularly if stocked with sunflower or nyjer seed. 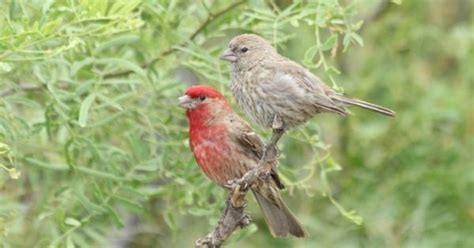 The female is the least colourful of the pair, here seen less fluffed-up: 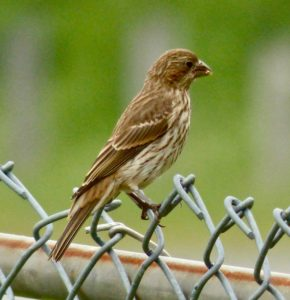 Paul Lauenstein (mis-named in this case), via Sharonfoc.org, 2022 fair usage.