According to this diagram, the high efficiency and the high specificity of CRISPR lies in its reversible binding with the target DNA. The Cas protein unzips the target DNA and have the gRNA to base pair with it, forming a short R-loop. Because the formation of the R-loop doesn’t change the number of basepairs, there is minimal free energy change. If there is a mismatch, the R-loop formation is inhibited which facilitates the release of the Cas from the DNA. 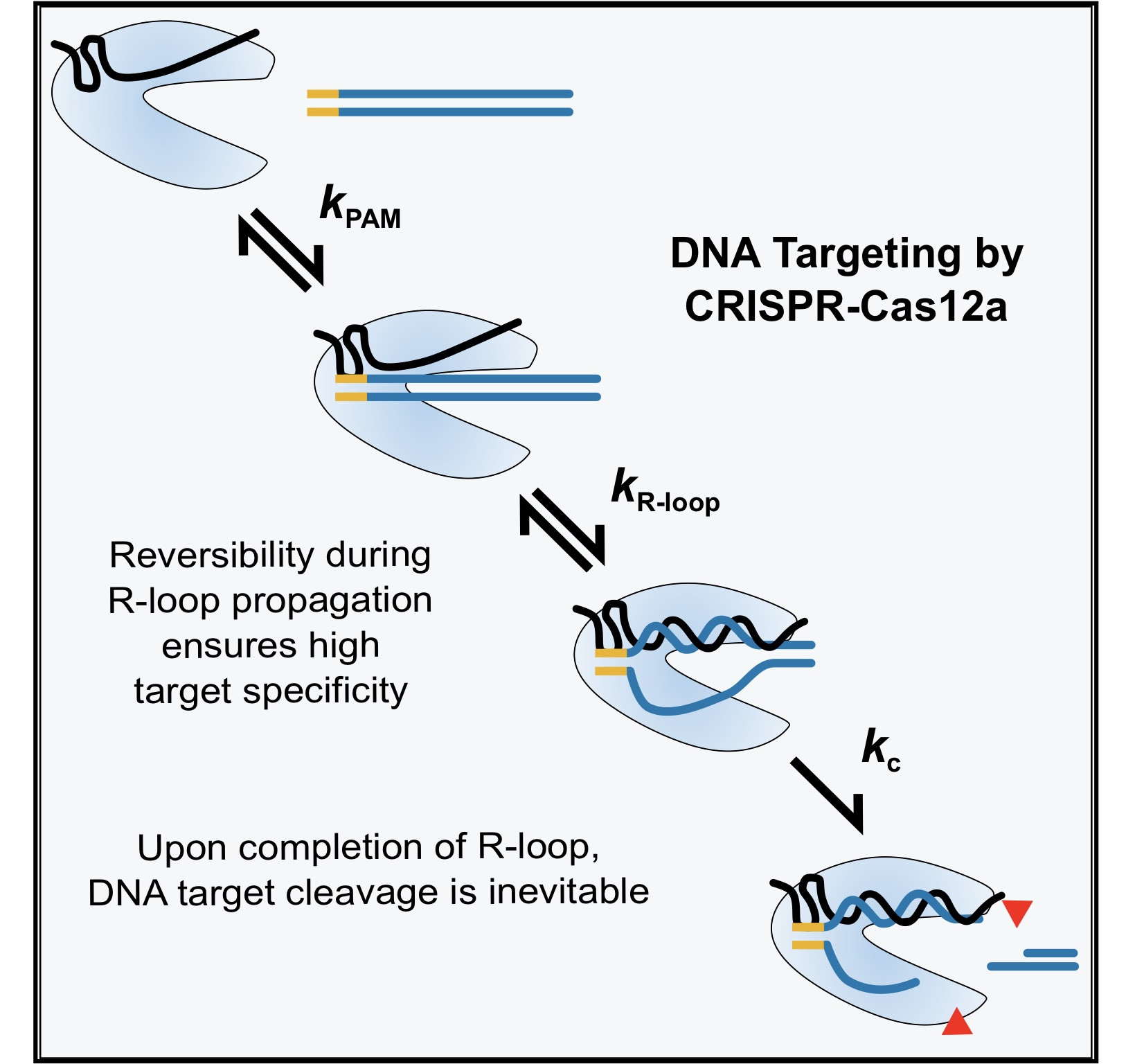 However, RNA are single stranded and can basepair with the gRNA directly. As a result, the formation of dsRNA should be strongly exothermic even with one or a few mismatches. As a result, the Cas assembly will be trapped on the slightly mismatched target RNA, which will greatly reduce the efficiency of RNA editing and interfere with the functions of the target RNA (such as protein translation).

Browse other questions tagged proteins enzymes crispr or ask your own question.