Why is cDNA usually lacking in terminal sequences of the template mRNA?

It appears from presentations I have attended that cDNA often lacks terminal sequences (usually 5′) which have not been copied from the mRNA. This puzzles me a lot, but I have not been able to find the answer as the focus of most of the sources I have consulted seems to be the principle, rather than practicalities.

Does reverse transcriptase just fail to finish copying the mRNA sequence, and if so, why? Or what is there some other problem? ?

Traditionally cDNA cloning used an oligo(dT) primer that binds to the 3′ poly(A) tail of a mRNA and extends towards the 5′ end of the mRNA.

What makes it difficult for the reverse transcriptase to copy right to the 5′ end is the fact that this has secondary structure which has to be unwound. This is a general feature of eukaryotic mRNAs, as evidenced by the fact that in the initiation of translation during protein biosynthesis there are specific factor(s) to perform the unwinding in an ATP-dependent manner.

In addition, during the subsequent steps to prepare the second cDNA strand, trimming of the 3′end of the single-stranded cDNA can occur. Various strategies are now employed to avoid this. 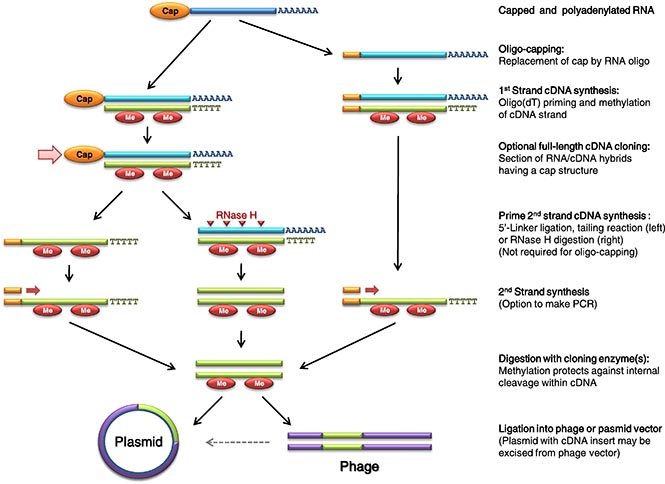 As far as truncations at the 3′end, I am not sure there is anything specific one can say — at least I do not know of anything.

Not the answer you're looking for? Browse other questions tagged lab-techniques mrna cloning reverse-transcription or ask your own question.

3
How is the mRNA transported out of the endoplasmic reticulum?
3
The shape of mRNA
0
How are mRNA vaccines spread across the body?
6
Why can mRNA come out of the nucleus but not enter it?