What is this insect found in Melbourne, Australia? 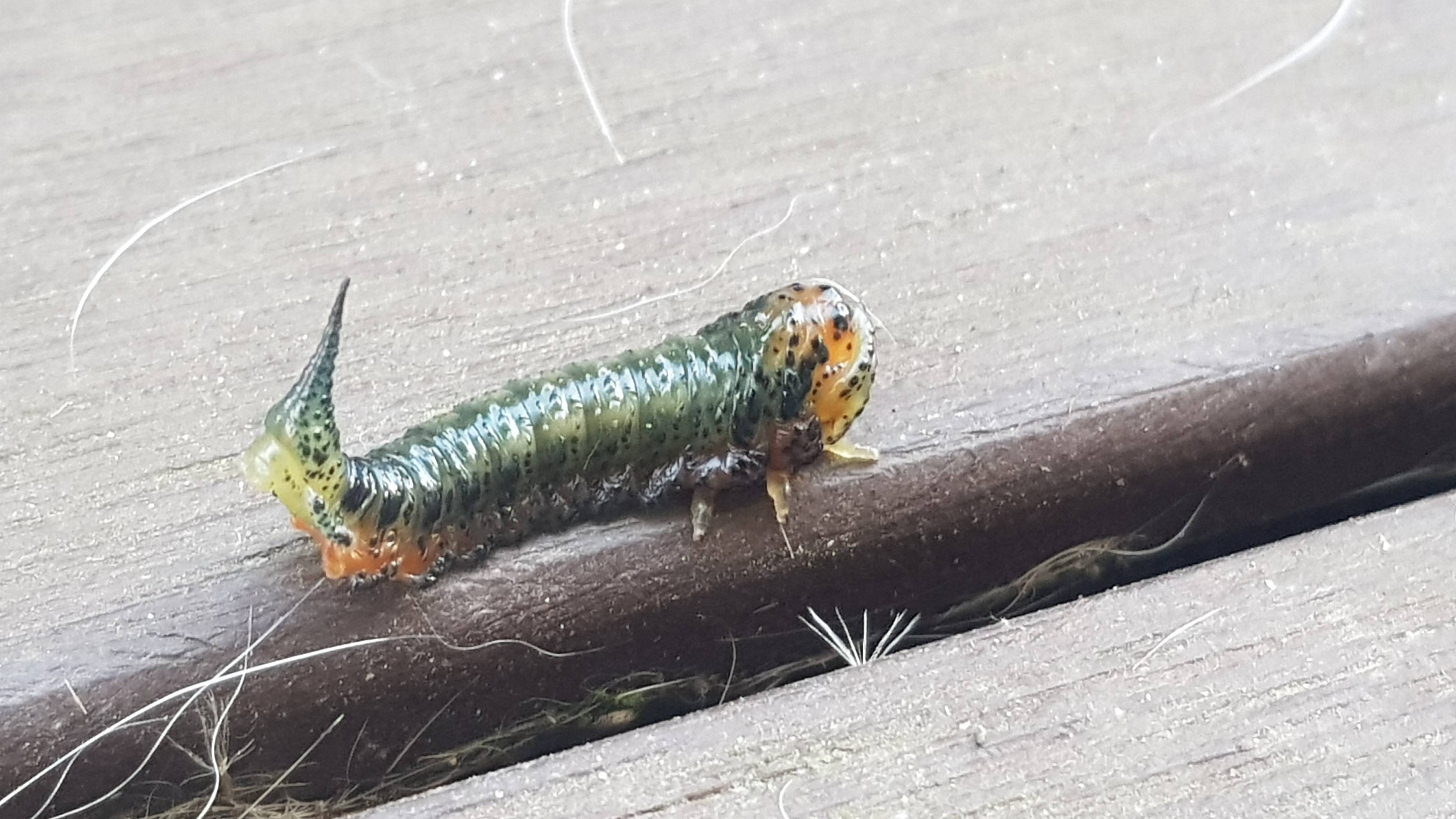 This photo was taken a few days ago (late May 2022, during daylight hours) on a timber deck in the northern suburbs of Melbourne, Australia. The animal is roughly 3cm long. The photograph shows shed fur from a Jack Russell terrier for size comparison.

When a larger animal moves near these insects or they are disturbed, they react by raising their abdomen with its spike in a manner similar to a scorpion. Otherwise, they seem sluggish and slow-moving.

There have been a dozen or so of these insects seen in the area over the last few weeks, but they haven't been seen in previous years.

Given its six legs and segmented abdomen, I'm assuming that it is an insect of some sort.

Can anyone identify this animal?

species-identification entomology
Share
Improve this question
asked May 29 at 3:55

This appears to be a sawfly larva. Sawflies (Hymenoptera) are a widespread group of insects with a few thousand species. However, Australia doesn't have many species, and this one is fairly distinctive. I think it is either a long tailed sawfly larva or a bottlebrush sawfly larva. There are a few pictures of some members of the Australian species at Brisbaneinsects.com. One distinctive feature of many of the species in this family are that the larvae cluster together in large masses. As you are only seeing single ones, it is likely that you are seeing the long tailed species as this one doesn't cluster.

They are related to the wasps, bees and ants, but won't sting. They can release a smelly substance when disturbed.

I found this image at "whatsthatbug.com", which is similar to yours. 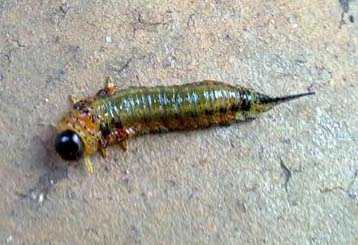