What is the name of this creature? 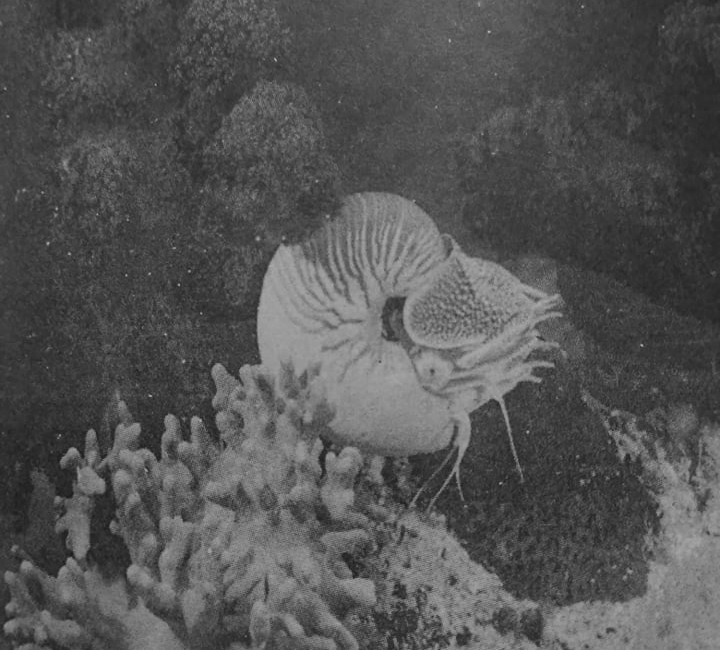 What is the name of this creature?

It looks like either a crustacean or a conch. 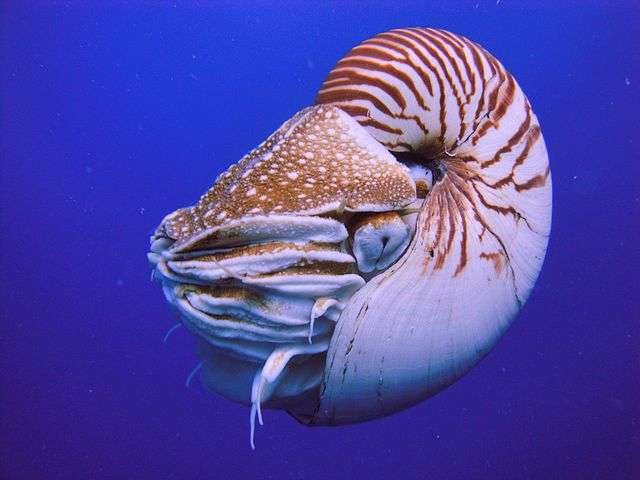 They range the 200m to 700m depth of the Indo-Pacific, scavenging carrion.

They seem to have been more-or less the same over the last 500 million years according to the fossil record - then being up to 2.5 metres in shell diameter, being more modest now at a maximum of 22 cm (10 inches) when fully grown.

They move via jet-propulsion by drawing water in through their hyphonome, then expelling it with force, as seen in the "front view" here: 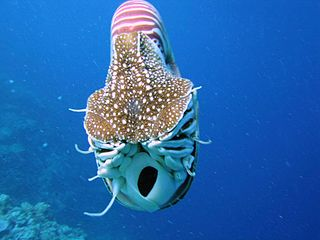