I'm attempting to identify a gorgeous set of mushrooms. I'm not anything resembling a mycologist, and I have no intention on consuming these... But for my own curiosity, I'm trying to identify these striking mushrooms.

Digging around, I thought maybe it was B. Bicolor, but the cracked appearance of the cap doesn't match basically any photos I can find. It's not as bruisable as B. sensibilus.

Can anyone help me identify this? I can run further tests as well. 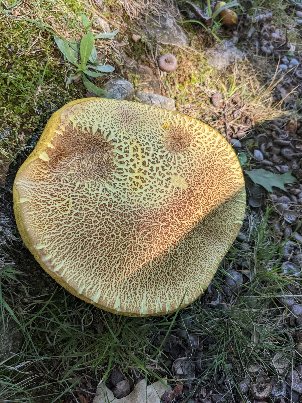 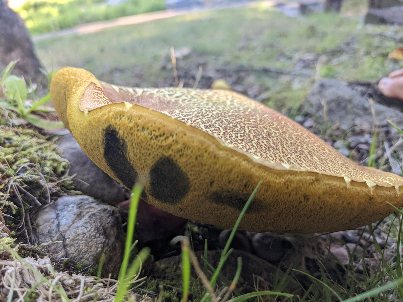 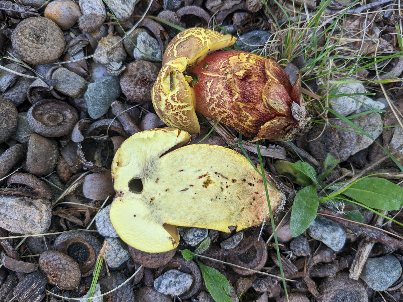 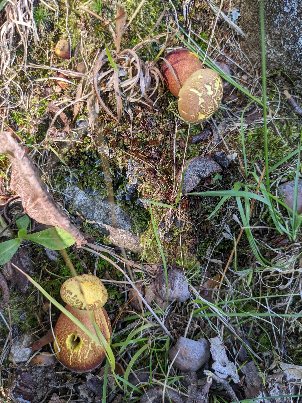