Which hydroxyl from either the phosphate or the glycerol is taken during synthesis of a phospholipid head?

The oxygen anion in the phosphate group is likely to be bonded with a hydrogen cation and thus forming a hydroxyl.

I believe it's related to the difference of electronegativity of oxygen and phosphorus which causes unequal sharing of electrons between atoms, thus making a hydroxyl from one side easier to get taken off than the hydroxyl from the other side is. 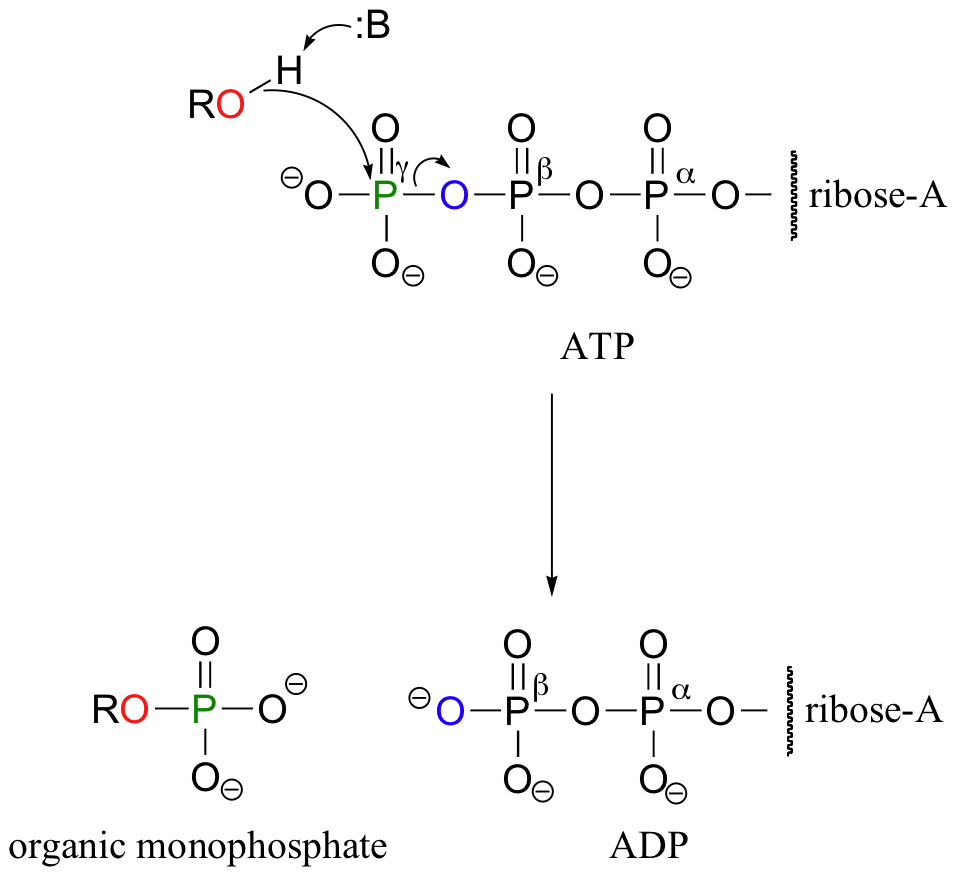 In a kinase reaction the oxygen of the -OH in the acceptor acts as a nucleophile at the P of the phosphate, so in terms of your question the O atom comes from the acceptor, not the donor. Presumably if there was a glycerol kinase (I expect there is) it would have the same mechanism so the O would come from the glycerol.

2
Glucose to Glucose-6-phosphate
2
A question on glycolysis

14
During starvation, does the human body do anything to prioritize which organs receive nutrients?
2
Given an EC50 value, how do I reproduce the sigmoidal curve from which this was calculated?
2
Is ATP produced in a different manner during glycolysis from that generated by the Krebs Tricarboxylic Acid Cycle?
5
Why is glycerol kinase absent from adipocytes but present in the liver?
1
Where do the lysines come from during ubiquitination?
0
Is there anyway from which we can measure the viscosity of honey using a refractometer?
2
Is chloride necessary for animals?