I'm a total novice when it comes to biology, and I'm really just looking for an answer to a question that has been posed to me by people who deny evolution fervently.

Evolution dictates that we've gone from simple, single cell organisms to complex, multicellular organisms. If we consider the hand, for example, the hand is made up of various cells. Those cells are created according to DNA, which acts like a cell-level instruction manual.

Where are the "instructions" for where those cells go? I.e Where are the instructions that state that various cells have to line up in a thin, long, appendage structure to form a finger, or hand.

This isn't a particularly difficult question, I imagine. If it's been asked before, apologies. I don't know any of the technical terminology; this is just something that I would like to learn about.

The main governing principle is very simple and one of the most elegant mechanisms in biology. It is based on concentration gradients.

Briefly, certain cells secrete signaling molecules (called morphogens) that are detected by other cells. These molecules then activate the transcription of genes in the target cells. Since the molecules in question are produced by a subset of cells, their concentration varies according to the distance between the receiving cell and the producing cells. Different concentrations of the signalling molecules have different effects and this allows the formation of really quite complex patterns.

So, different concentration thresholds of the morphogen result in different patterns of gene expression. This simple system can give extremely complex results (such as yourself, for example). It gets more complex when there are multiple morphogens acting in tandem. Say morphogen1 is produced by cells on the left and morphogen2 by cells on the right, cells in the middle will have varying concentrations of both morphogens and will react accordingly: 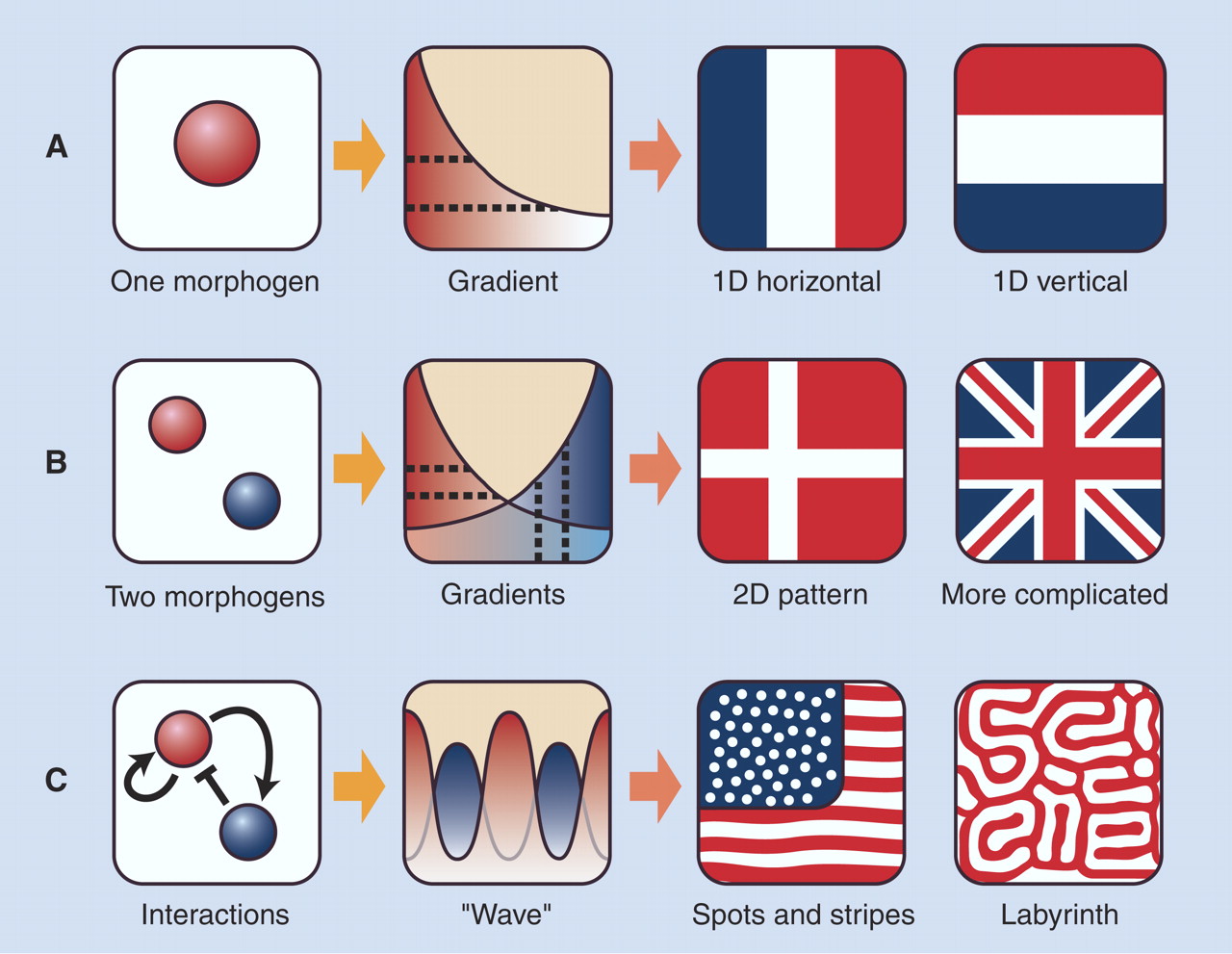 Just about every pattern formation during development boils down to differential concentrations of diffusing morphogen molecules, it really is a wonderful example of how simple systems can give rise to extremely complex results.

On an unrelated note, this has absolutely nothing to do with evolution. At least no more so than any other biological process. If your friends do not accept evolution, I don't see how they can use this as an argument. Even if a god created humanity in his or her image as these people tend to believe, babies are still born and they still develop in the womb. As far as I know, even the most fundamentalist Christians do not believe in a mechanic god that puts babies together in the womb from some kind of IKEA kit. Even if humans sprung fully formed from the hands of this god, individual infants are still formed out of multiple cells. There is therefore a need for a mechanism that can coordinate this process, whether this mechanism evolved or was designed is irrelevant, it is still there and extremely easily observable (images taken from here): 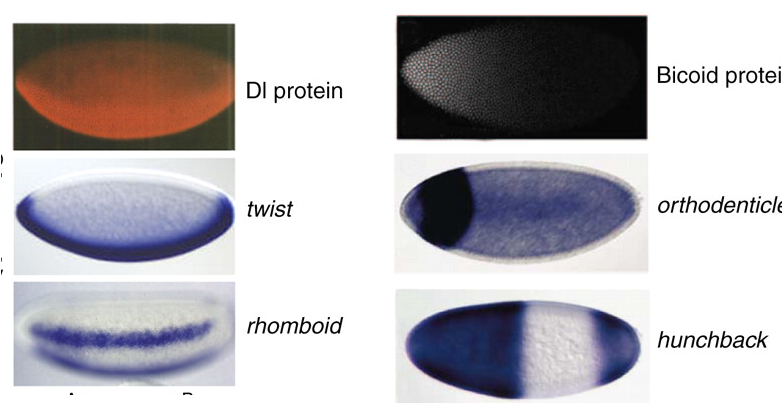 The image above shows the locations and concentrations of various morphogens in a fruit fly embryo. You can see the concentration gradients clearly.

11
Why, specifically, does each generation, on average, improve upon the design of the species rather than degrade it?
2
How does the modern theory of evolution solve these apparent problems?

8
What is the viability of Intelligent Design as a supplement to chemical abiogenesis and Darwinian Evolution?
3
Evolutionary conservativeness
2
How do minute changes in an organism, as a result of evolution, get carried over to next generation
8
Is Mutation Theory still "valid" for complex organisms?
8
Short videos on evolutionary biology
4
Are evolutionary mutations spontaneous?
5
How have some cancers "evolved" to be so aggressive and treatment-resistant?