Can someone help me identify this caterpillar?

I was in Colorado Springs in mid-October when I noticed something floating in front of my face. I tried dodging it, but it landed on my sunglasses. When, I initially saw it, it was attached to a single ~1-foot long strand of (what I believe was) silk. Now, I BELIEVE it was using this silk to float on the wind (as I've seen some species do on nature documentaries), but it is possible it was dangling from something I walked under, and I just failed to notice. Considering where I was when I noticed it, I believe the former is more likely. The creature, I believe some kind of caterpillar, was a bright, almost translucent green. It is incredibly small, approximately 1/8 to 1/16 of an inch.

I tried to see if I could find the caterpillar online. Caterpillaridentification.org has a list of caterpillars found in Colorado that you can filter buy color. The one I believe it looks closest too is the "cabbage looper", but Google says those caterpillars are about an inch and a half long, considerably larger than what I saw. This makes me believe that I probably ran into a newly born caterpillar. 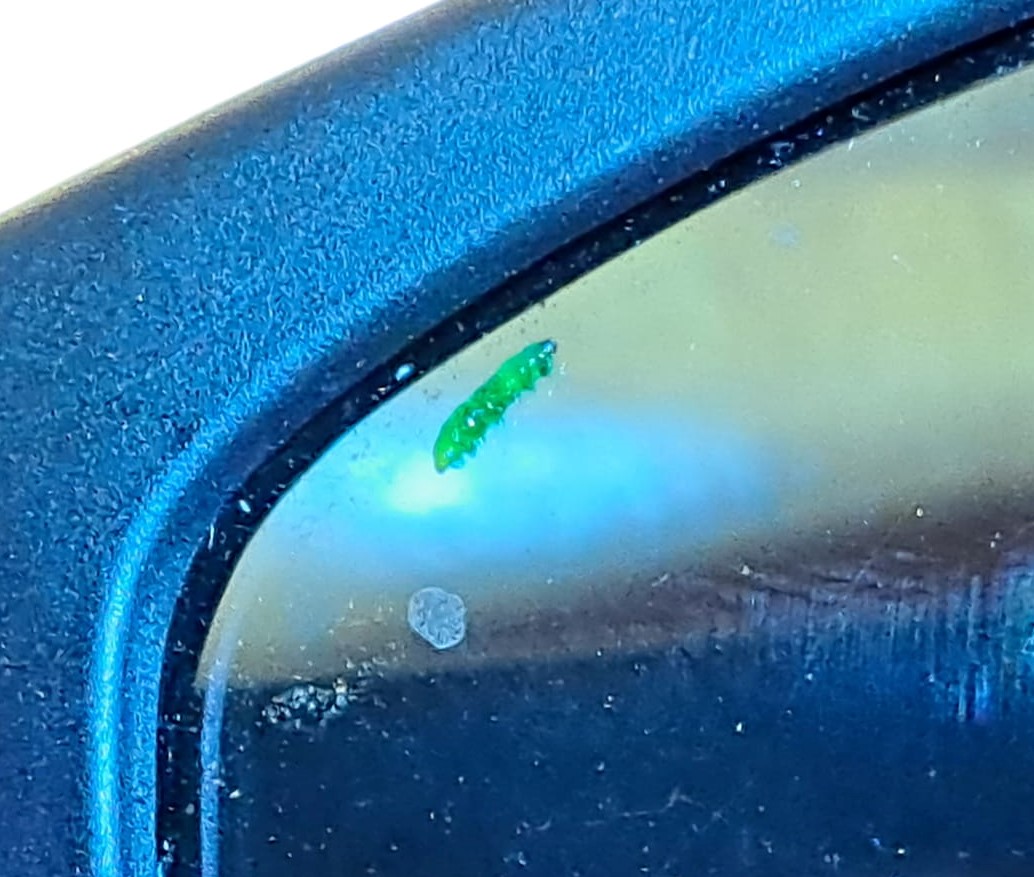 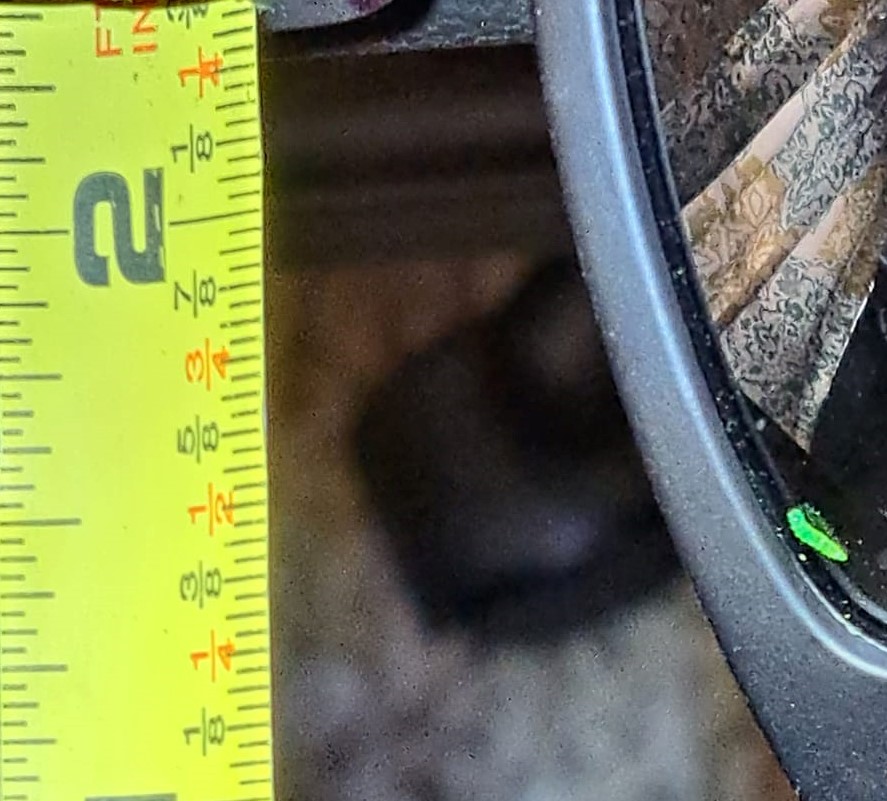 I think this is an early stage Oak Leaf Roller caterpillar. They are green and have a black/brown tip, as can be seen in your first photo. Fully grown are about 1" (25 mm) long.

They are known to dangle down from trees on silk threads when dislodged.