Can this image be the result of a Western Blot?

I am currently researching image manipulation in the life sciences and stumbled upon a Western Blot looking very similar to the image below.

While I know how Western Blots look when they are captured with a digital camera, I do not know about techniques like Chemiluminescent Blotting (I am an undergraduate student in Computer Science). Maybe there is a blotting technique that results in an image like the one i created.

Is it possible to get a Western Blot result like this without inappropriate modification of the image? 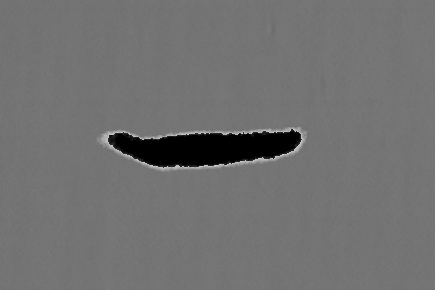 I do not think that a publication quality blot should have such an artifact, but I was able to find something similar by purposely over blotting (not the same as over exposing) a gel. If you use too much primary, secondary, or developing reagent, you can get your HRP signal to "burn in" a membrane where you get a distinct "negative band."

By negative band I mean a region that is more clear/white than background. This happens mostly when you have way too much secondary antibody. Normally when this happens, the CENTER of the band burns in first so you would see a white center with dark edges. And that's only when you are imaging the membrane as it is burning in. Often the whole band is white.

After going through the westerns of grad-student who is working with me, I found this image:

It came with the clear notation that it was burned in and disregarded (said student was learning how to do Westerns at the time). It's a GAPDH blot for those that care. When this does happen, it's obvious because you can then see the band with your naked eye on the membrane. Again this would be a reason to not publish the blot.

The image could have non-maliciously been edit via compression, screens, filters, etc as mentioned by others in the comments. This is the only way I can think of to experimentally have a similar image. Ether way I don't think the image should be reported as is.

Here's an example of a chemiluminescent blot: 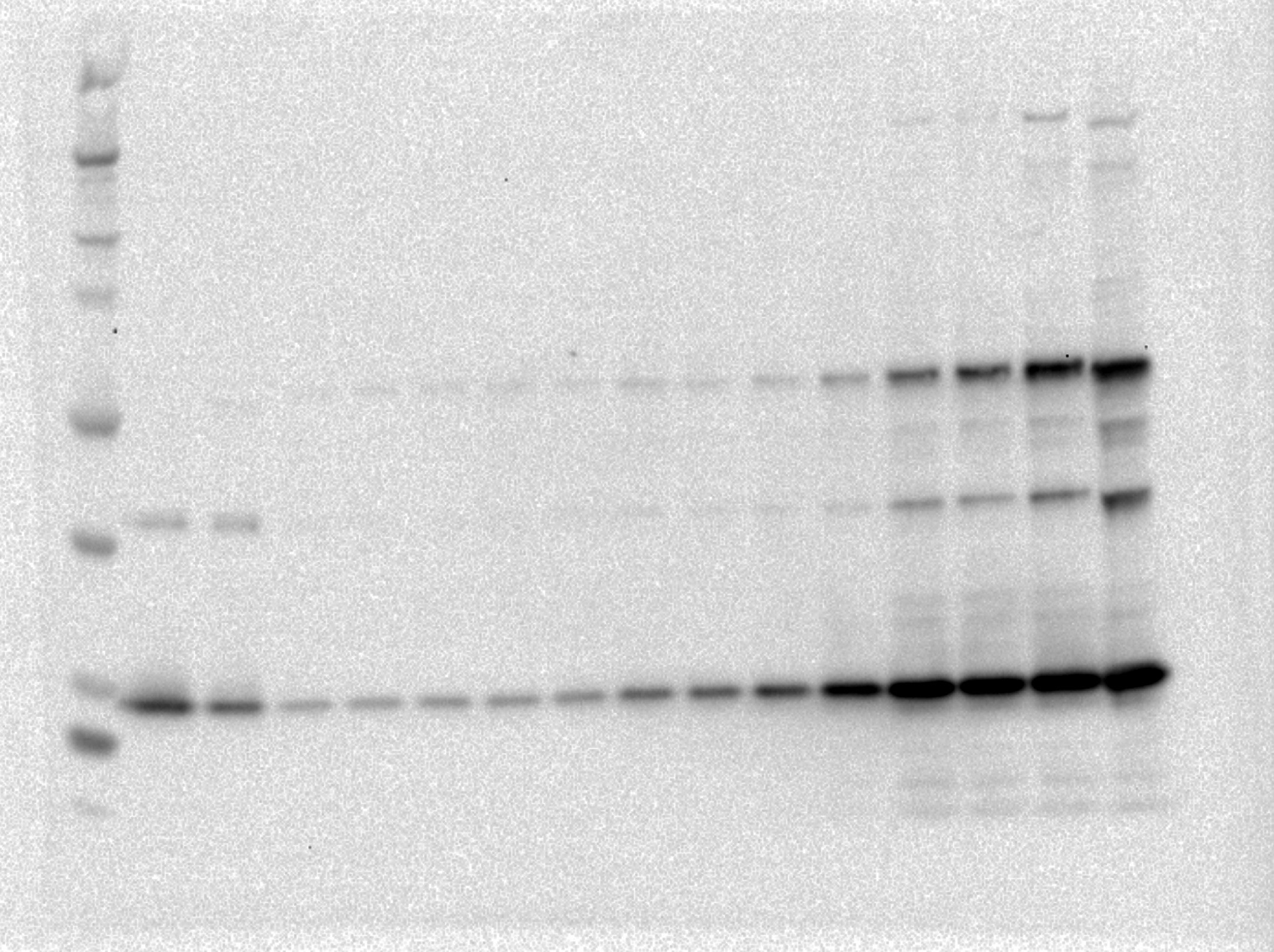 For those who care, the first column on the left is the weight standard, the next two are pooled pellets, and the rest are increasing fractions of purified HIV using a mouse monoclonal anti-p24 (capsid) antibody.

This blot is pretty clean (although for my work it was pretty disappointing...) but here's one that looks less-than-ideal, and perhaps more like your example: 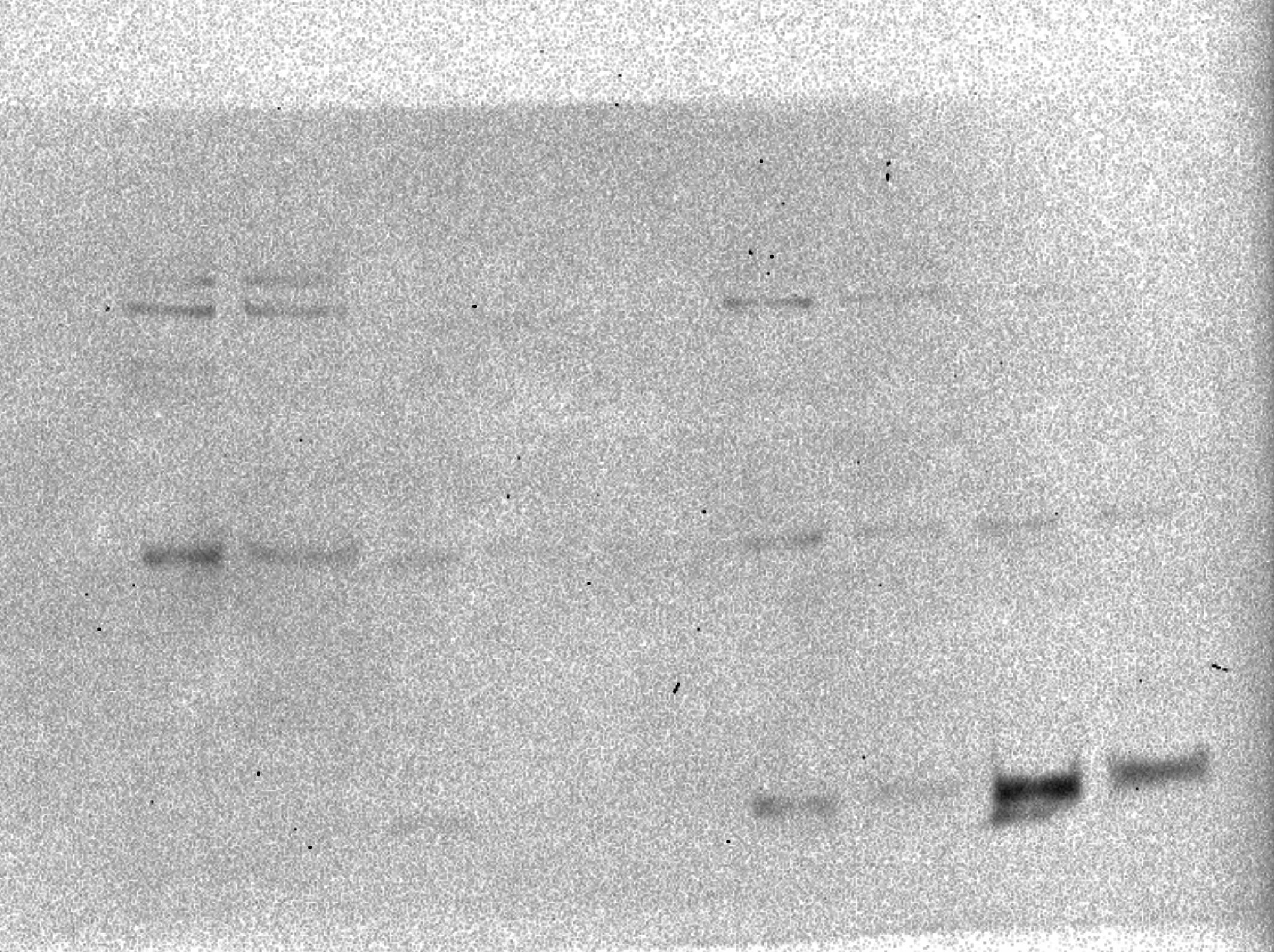 These are lysates and pelleted supernatant from Jurkat uninfected (left) and HIVIIIB-infected (right) cultures, detected with a mouse monoclonal anti-tsg101 antibody.

I agree with shigeta's comment that your image might not be exactly what I would expect, but that doesn't necessarily mean it was done maliciously; as you can see, there can be a fair amount of variation in how blots turn out depending on the equipment used, the type of membrane, the protein itself, and so on. I try to be pretty conservative with image filters but there's a lot you can do with those guys that can be shady but falls short of Photoshop.

Not the answer you're looking for? Browse other questions tagged imaging western-blot or ask your own question.