Can any other animal choke on food?

I read somewhere (I think it was Bill Bryson's book on the origins of the English language) that of all animals, we are the only ones that can choke on food (having something to do with how our larynx is positioned). I'm unable to find reference to this fact online, however, and am curious if this is just my having misunderstood something (or Bill having led me astray!).

The veterinarian in our group offers this: For humans, who choke much more frequently than other mammals, it is likely to be a cognitive problem. We talk and eat at the same time and so give ample opportunity to allow food passed the epiglottis and choking. Animals do choke - dogs can, cats can. Not all animals can vomit and this is particularly a problem for horses, whose stomachs will rupture instead of releasing contents through the mouth.

I don't agree with the accepted answer which seem to assume that food is chewed. I don't think that can be assumed if generally talking about animals and choking.

So in addition to Larry's statement of dogs and cats: 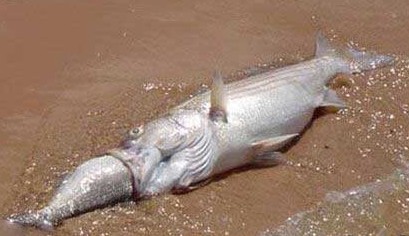 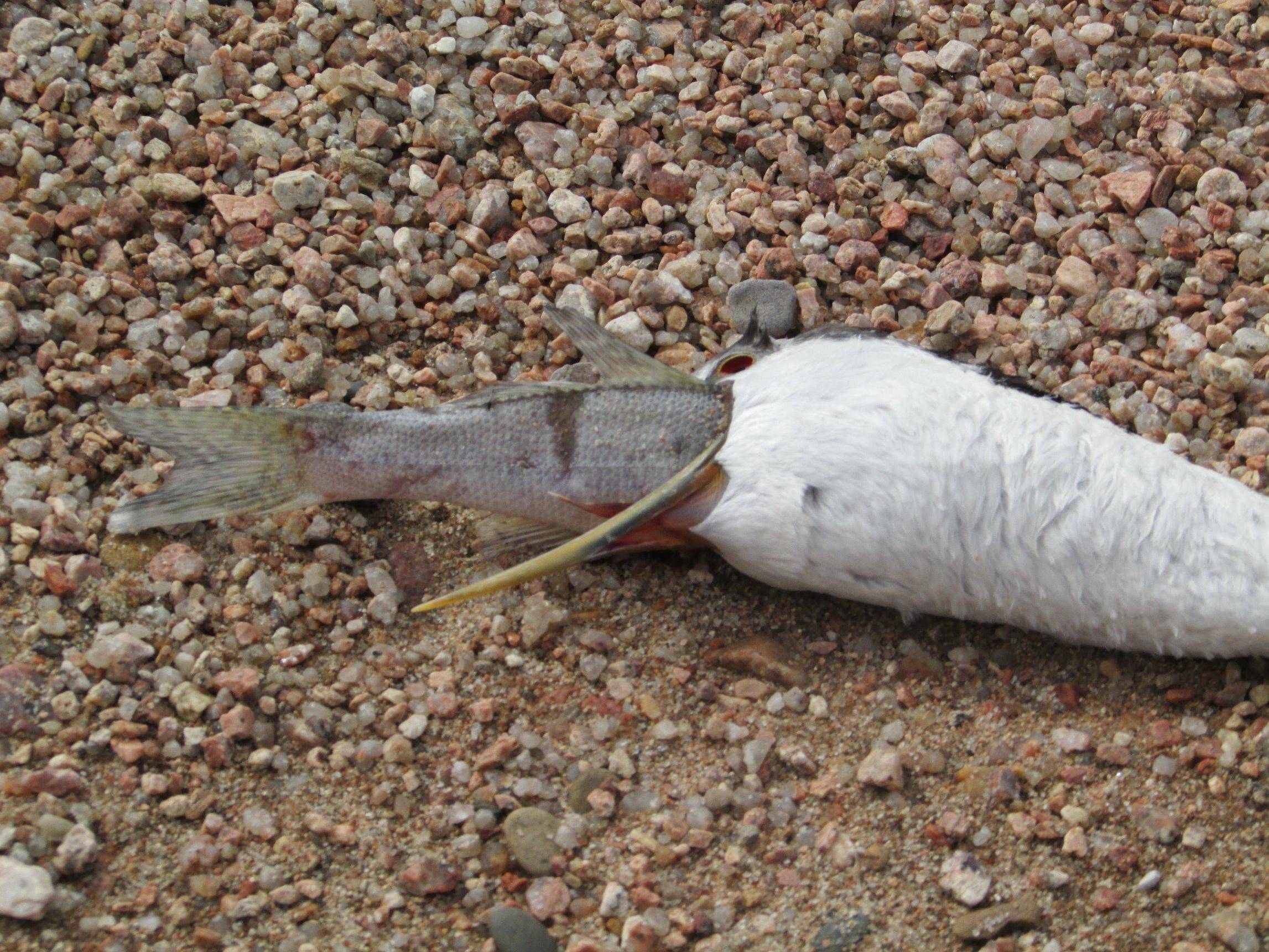 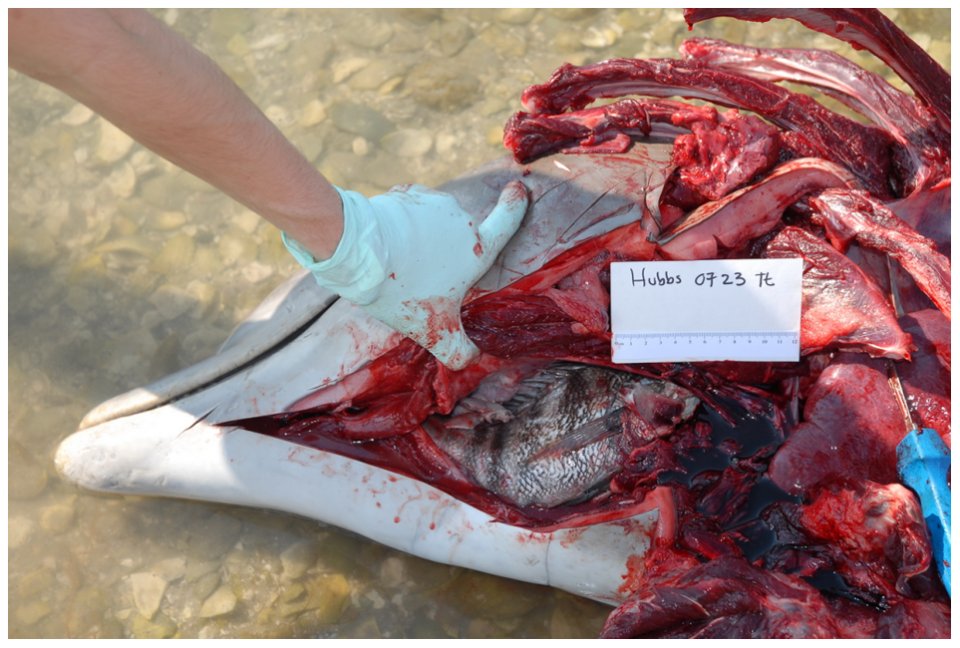 There are different kinds of choking on food. All non-gilled animals also choke when they fall in the water. Drowning is choking. insects asphyxiate and fish asphyxiate in air but technically insects don't have any obstructed passages. Perhaps you can say fish choke when their mouth is obstructed with air, choking also means gulping because of asphyxiation of any kind.

Yes! Humans are the only known animals whos recent evolution has dgiven them one of the worst throat control of all throated animals, and who can easily get food inside their breathing apparatus and die from it, who can choke on vomit and who can't regurgitate as efficiently, and who can't breathe and drink. The valve used for dividing the air and food channels has changed and is used by the humans for speaking. 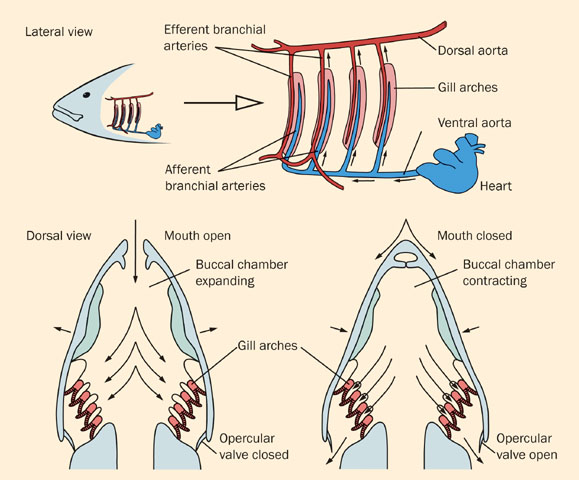 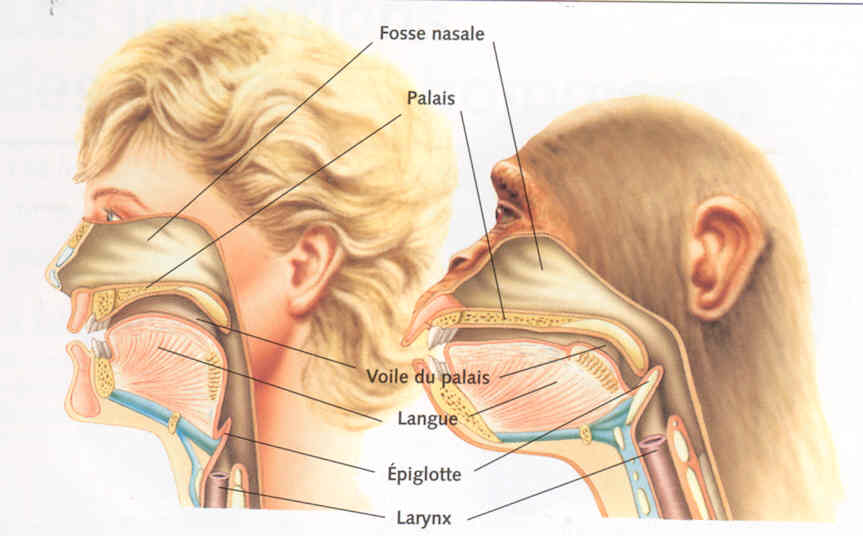 In other mammals the eusophagus is different: The larynx is fixed at the top of the throat and can make a valve at the back of the nose to form a breathing tube parallel to the esophagus.

Humans are speaking through the valve that is normally used to drink and breathe at the same time. When they drink, the Adams apple raises to form a valve at the top but it doesn't form a continuous airway to breathe while drinking.

For other animals such as birds and fish, it is especially important to breathe and eat simultaneously because

B/ Herbivores can spend much larger amounts of time than humans eating, ruminating, and if they have less breath for running then it's a disadvantage

C/ Carnivores can eat much larger chunks than humans, they regurgitate it to their children, they get larger things stuck in their throat, so they have much more performant and controlled throat functions

D/ Birds and Lizards regurgitate foods and get them stuck in their throat and it would be a problem for them if the suffocated or got regurgitated food stuck in their windpipe because they didn't have an adequate valve there.

E/Fish dont have as constricted a junction between their breathing and eating functions. Here is an excerpt from a book:

In most Animals the larynx sits high in the throat and serves as a valve. As the animal drinks, the larynx forms a continuous tube with the space at the back of the nose, thus the airway -trachea to nose- forms a continuous hose that runs up through through the space of the mouth and throat into the esophagus. in other words the animal can drink and breathe at the same time. The larynx of the human being has been repositioned half way down the throat as the Adam's apple of the male makes clear. So the human being cant drink and breathe at the same time without choking. That seems like a disadvantage- except that the descent of the larynx leaves a large space above it which acts as an echo chamber.

If a human makes a siren sound while touching the adams apple he will see what the space is used for, it sounds same as a monkey when the adams apple is high at the top of a note. If a human also swallows and monitors his larynx he can imagine that other animals are the same except that their larynx performs better as a valve and doesn't have many octaves of controllable voice range.

Not the answer you're looking for? Browse other questions tagged zoology human-anatomy food breathing or ask your own question.

6
Can an insect poison itself with food?
8
Can ants sense food from a long distance?
4
Is there any way the food industry can benefit from biofilms?
11
Do any animals prepare food?
4
Do humans have any biological adaptations to eating cooked food?
3
Can any gas other than nitrogen cause decompression sickness (the bends)?