A weird-looking fish with a shield

I found this photo in a local news page. The page claims that this fish is a new species that was found by a Malaysian fisherman. Is this true or is it a known fish and already has a name? 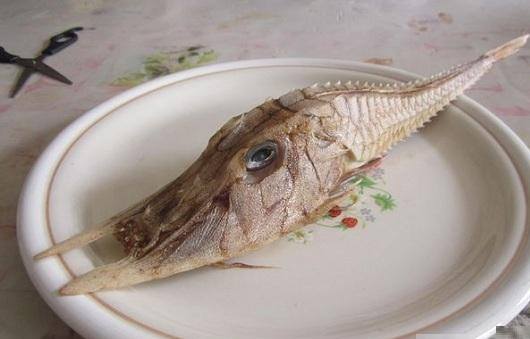 This is a species in the Peristediidae family, commonly called armored searobins or armored gurnards.

found in deep waters around the world, with most species in tropical regions. They are related to the searobins in the family Triglidae, and some authorities classify them in that family,[2][3] but they are encased in heavy scales with prominent spines. They have prominent and often elaborate barbels on their chins.

The scorpaeniform family Peristediidae (armored sea robins) is characterized by (1) a body entirely enclosed by four rows of spinous bony plates (scutes) on each side; (2) a large bony head with spines and ridges; (3) each first infraorbital (lachrymal) anteriorly extending in distinct rostral projections; (4) barbels on the lower jaw, and (5)pectoral fins with the two ventral most fin rays free and enlarged (Miller 1974; Miller & Richards 2002; Richards 1984, 1999; Kawai 2008, 2013)

Specifically, this looks similar to other species in the genus Satyrichthys.

An important character in separating species of the genus Satyrichthys is the number of lip and chin barbels (Miller 1964, Kawai 2008, 2013)

One similar looking species is Satyrichthys welchi (the Robust armoured-gurnard) [pictured above] found in the South China sea: 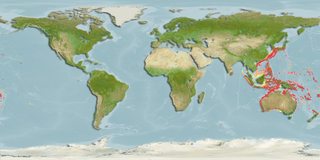 According to FishBase, here are some characteristics of Satyrichthys welchi:

The front part of the fish looks like part of the cranium of a fish. I'd bet that the tusks have been "made" by removing some bones in the middle.

Well, after having looked at the links given by Remi.b, it seems that it's not even necessary to remove bones. This is probably a Peristediidae.

You can find some images on fishbase

18
Do the majority of fish lack scales on their heads?
8
Are tuna fish present in the Baltic sea?
6
Why does temperature shock kill fish?
7
Help identify these (two) fishes - Netherlands
6
How do fish maintain razor sharp teeth?
2
Which fish species is it?
0
Fish Carcass Identification
0
Difference between Sphyraena obtusata and Sphyraena novaehollandiae
3
What fish is this?