Do men have a higher genetic variance than women?

I've heard that with the distribution of our genome women have less variation on the bell curve than men.

Is there any basis for this? It was my understanding that women have more genetic variation than men due to having two X chromosomes and there being more variation on gene expression within the X chromosomes.

I've also seen a theory that with traits linked to genes on the X-chromosome in women being averaged across the genetic variants found on each of a woman's two X-chromosomes, this would reduce the likelihood of extreme traits (men have just one X-chromosome, precluding this averaging process).

Is there any biological possibility for men to have more genetic variation than women, and if so what would be a potential reason for it?

This question is very interesting and I would love to have a reference to an article that provides such evidence.

I am trying to address these two points below

1. Is it true that there is more genetic variance among males than among females ?

There are different ways of understanding your question 1. Do you want to talk about…

Therefore, the question is slightly unclear and I don't know of any paper who address any of these questions anyway. So... I don't know!

There are many possible explanations for such observation (assuming this pattern has been observed). Below I give some hypothesis I can think of.

Note: @terdon provided a very good explanation (which was deleted) of why males might cause most of the genetic diversity but as @terdon and I discussed (in the comments that were also deleted) this is not an explanation for greater diversity among males. The reason is that the variation is created via mutation in the testis and the ovary. The fact that most mutations happen in males does not influence the sex-specific diversity because males sire as many male offsprings than female offsprings (so do females!).

This is an interesting question and we should probably have a statistical geneticist around, so further answers may show up better than this one. So I'm also assuming the question is: Is the rate of variation on the X,Y and autosomal chromosomes different? Also assuming XY male heterogamy as humans have - different sex chromosomes will give different results between male/female.

The main distinction being - if males absorb more mutations on X as well as Y, then it would be nigh on impossible to see this phenomenon statistically since those chromosomes get passed on to females immediately.

Its important to remember that some of the X and Y regions do recombine even in men in the pseudoautosomal regions. The Y also maintains itself with a self-recombination event in meiosis. So the message here applies to the SDR (sex determining regions) of the X and Y chromosomes - other regions are quite possibly not different than the other chromosomes.

Anyway I've found this modeling paper "Patterns of Neutral Genetic Variation on Recombining Sex Chromosomes" which estimates and compares the relative coalescence time for variations on the autosomal, X and Y regions.

In any case the models in the paper says 'yes they are different and Y non-autosomal regions accumulate variants faster'. The coalescence time is the amount of time for a variation to spread into the general population on one of these 3 types of regions.

In cases where there is neutral selectional pressure "Close to the SDR, expected coalescence times are shorter on Y chromosomes and longer on X chromosomes than for autosomal sites."

Note that the paper goes on to say that when there are more than one competing versions of the Y chromosome in a population (which seems likely to be the case), then the spread of variations on the Y goes to a normal autosomal rate.

So its likely that this effect is small overall.

It has been documented that some Y chromosomes are very competitive though.

This post contains a logical error (see the added section on comments) and the post was deleted by its owner (@terdon). I copy-pasted this deleted post here by request of @sterid who wanted to see it.

Please do not up or down vote!

Yes, this is actually true. The following is taken from the introduction of the classic human genome paper[1]:

This actually makes a lot of sense from an evolutionary point of view. Primates, like many animals, are species where the male competes for the female. This means that the onus is on the male to convince the female that he is the best father for her offspring. This gives rise to some fascinating and strange behaviors: 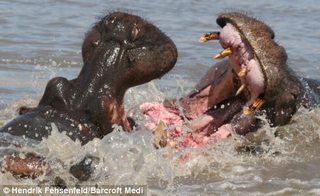 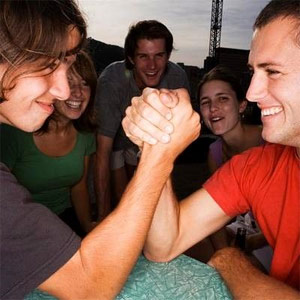 Mutations are one of the ways that genetic diversity can be generated. Genetic diversity, in turn, makes it likely that someone or other will manage to impress the female, that some male is born faster, smarter or stronger (or whatever it is the females of his species value) than his peers. Diversity is also important as it increases the chances that a species will survive a catastrophic change in it's environment. The more random stuff you have floating around, the likelier it is that one of them will do just what it is you happen to need at the moment.

Now let's imagine a mutation whose result is a slight increase in the rate of mutation. This will cause in a net gain of diversity. As long as the increase in mutation rate is not great enough to start causing other problems, the increase in diversity will be advantageous and the mutation in question will be selected for. This is a horrible simplification, but I hope you get the general drift.

So, in humans, the males generate greater diversity but it is the females who chose which new traits are favored. In other words, men push evolution but women drive.

Discussion between Remi.b and terdon explaining the logical issues of the post

Remi.b: t explains why men create greater genetic diversity. I think the OP was asking if it is true that, among men, the genetic variance is higher than among females. I don't this question got answered. Or maybe I didn't get the link between differential of "diversity creation" between sexes and difference in genetic variance (or diversity?) between the sexes.

Remi.b: Yes but mutations occur in the testis when reproducing. And men sire male and female offspring that both carry the same amount of mutations. Therefore the diversity should be the same. What point am I missing in your speech? The only possible explanation to me would imply differential selection early in life in male and in females. The sex that is under stronger selection has a lower genetic variance.

terdon: @Remi.b ah, you make a very good point. Looks like it is my reasoning that is missing something and not your understanding of it :). I will edit my answer as soon as I get the chance.

Not the answer you're looking for? Browse other questions tagged genetics population-genetics or ask your own question.

6
Are Asians more genetically homogenous than other races?
17
Genetic linkage greater than 50 centimorgans
3
What exactly is extreme heterozygosity and how does it work?
15
Do men and women have the same number of genes?
9
why has evolution favored sexual reproduction using two mates over sexual reproduction using three mates?
3
Could two women have a child through artificial insemination/genetic engineering?
3
Human ancestor reproduction after chromosome fusion
6
When was it understood that a male haemophilia sufferer can't pass it on to his sons?
6
Why is Turner syndrome a problem?