The number of nipples (breasts) a species has?

Only mammals have mammaries and mammary glands.

What evolutionary factors determines the number of mammaries (nipples/teats/breasts) a species has?

Is it always an even number?

The number of mammaries is almost always even, but a notable exception is the Virginia possum, which has thirteen.

As an addition to the excellent post by Erin.

As a name-giving key feature,mammals have mammary glands.
"Animals that are bilaterally symmetric have mirror symmetry in the sagittal plane", which includes Chordates such as mammals.

Some have seen this iconic picture, showing the bilateral symmetry in chordates: 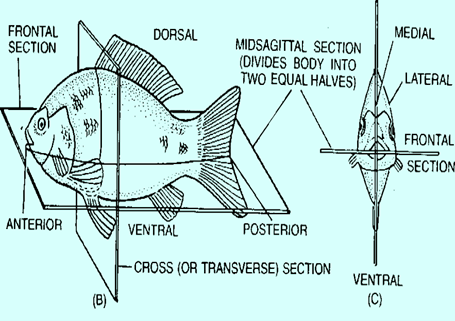 It is easy to see why most commonly even number of mammary glands are found in mammals, given that they form in pairs, distal from the notochord.

Evolutionary, an uneven number of mammaries may be explained through a subjectively-mild mutation which may be retained as a vestigial-like feature, somewhat-functional or not.

On a molecular level, unilateral mammary glands likely involve key developmental pathways such as hedgehog and likely has underlying polygeneic root causes, - for the termination of gland formation on one side.

It is noteworthy that the mammary glands in the male human population didn't decrease fitness to such a degree where evolutionary pressure would have lead to cease gland formation altogether, by adding extra information to the sex-chromosome(s). As such human males retain mammary glands, albeit typically never reaching a functional state.

The factors weighting against such additional genes are, that the default formation in most mammals is the female body plan, which conserves functional mammary glands to potentially feed their offspring, chipping away at the chance of genes involved in the cessation of mammary gland formation.
Secondly, selection pressure for information retained on the sex-chromosomes is higher, as opposed to autosomal (non-sex) genes. (See this nice concise post by Danielle Venton, The Degenerating Y Chromosome,Genome Biol Evol (2011) 3 1338-1339. )

Concluding, naturally, it would be easy for an asymmetric sponge to have an uneven number of protrusions or orifices, less so for humans, unless the orifice is located along an axis of symmetry.

42
Why Is Most Life Symmetrical Externally But Not Internally?
3
What controls the size of breasts?
8
Is the number of legs in myriapoda determined entirely by the genome?
22
Evolutionarily, why do male rats and horses lack nipples?
4
What processes regulate the sex of offspring?
4
How are the first mammary glands thought to have functioned?
0
Is there any species of mammals where males can feed the offspring with milk?