Why and how does complexity usually tend to increase through time?

The question of complexity is classic in the very first lectures of evolutionary biology where the teacher usually tries to tell the students that complexity does not necessarily increase and that humans are not more complex than other organisms.

When writing "Mass extinction" on google image, we find many graphs displaying the number of families (or other taxa) through evolutionary times with the five mass extinctions. What would it look like to draw such graph replacing the family richness in the y-axis by :

This is actually a very interesting yet difficult question to give a single precise answer to. I will try and summarize for you a "meta answer":

Complexity Science Some consider complexity not to be a Biological topic as such, since it is a property that accumulates in non-biological systems e.g. economics, technology, music, language - in fact anything that "evolves" through time. This new field of science is called "Complexity Science" or "Complex Systems" and is primarily a field of mathematics or information theory: Complex systems

Complexity in Biology What I can say is that these kinds of questions have started an almost new field in Biology, called "diversity evolution", here is a very interesting paper: Diversity Evolution.

Defining Complexity You were right to mention Complexity first needs to be defined, and as an early field of science this is where much focus has been recently. There are quite a few definitions but it is perhaps too controversial to list any particulars... HERE is a whole UCL lecture dedicated to defining Complexity! 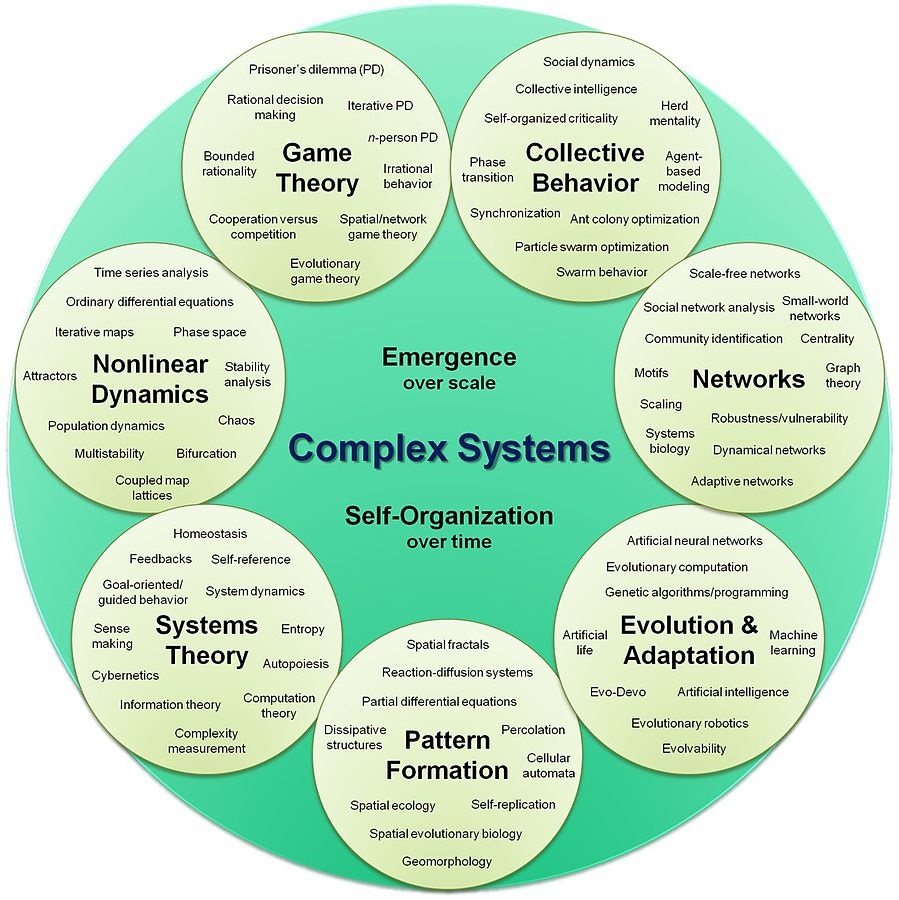 I think there is a way to tackle the issue however it requires a lot of work on the "edges" of what we consider science and philosophy (and their interaction with each other). I can propose you a suggestion but it is my own research, so it can be quite controversial and please, bare with me.

First the big question here-what is complexity can have multiple answers upon the definition you use. But definitions aren't the subject of biology but of philosophy. And in philosophy whole fields of study can simply dissolve if their definitions prove unsatisfactory. So, one can argue there isn't anything like complexity in Nature and every single time this word is used we can find some problem defined in the terms of some science where the word complexity is missing. One can argue if we can do this for all cases the word complexity is used, then, there truly isn't such a thing like complexity in Nature, but rather it is an artificial human language construct and as such has no objective base in reality. I refer to such cases as "denial by definition".

Pay attention that even the very word "Life" itself can be the subject of "denial by definition" and if it is indeed denied, then how about the rest of biology? So, the "denial by definition" can be serious issue for many problems in biology, not just complexity. In order to avoid it the only way to proceed would be to find one or more universal characteristics behind what we can call complexity having common origins. It is the origins which are important because they can provide us with a common mechanism behind the process and thus give us a way to put "flesh" on the word complexity by denoting the same effect under different circumstances. If you can make such a dictionary definition of complexity than you can relate it directly to the mechanism creating such effects and show its use is more than a convenient semantic coincidence but there are some real scientific implications for your question.

Now, such an effect should have its defining cases-these circumstances when what you are trying to show exists as more than just a convenient word and emerges as a real world characteristic of the system. Then the problem is transferred from one of philosophy to one of science and you can have your definition of complexity. Then, complexity is equated to what characteristics emerge in the system with the advent of new processes taking place in it. I believe such a solution to the problem of the definition of complexity provides best use for science because it turns the problem of defining complexity into the problem of the emergence of properties when new mechanisms appear in the system. I know may be the philosophy is too much for you but can you understand me?

If this definition of complexity allows us to make statements about the observable universe, then, this isn't any more some "philosophical definition", it is verifiable scientific hypothesis which can be put to the test. It means we were able to "export" a question out of philosophy and "import" it into science. And this is an achievement!

As far as the mechanism part of your question is concerned I already "touched" on it when I defined complexity.By the very definition I expounded whenever there is an increase in complexity (e.g. the appearance of novel organizational features) there is an increase in adaptability it brings on. Therefore, the more complexity an organism accumulates the better it can adapt to particular conditions. The increase in adaptation means novel features it has and the novel features it has define complexity, therefore, one can argue adaptation driven by the accumulation of novel organizational features IS the mechanism of complexity increase. This is a "classical" case of the "denial by definition" argument I put on previously! If you say complexity increase is the adaptation by accumulation of organizational features, then the entire question "What is the mechanism of complexity increase?" which in turn can be equated to your question "How does complexity usually tend to increase through time?" simply dissolves or to put it in layman's terms-makes no sense at all.

I know it may seem like "too much philosophy" for biology but the thing is the arguments I put forward actually make sense if taken together and if you want to come to a satisfactory answer to your question (which itself isn't asked in a clear-minded manner according to me), then you need to take the steps I already described and "translate" it into questions which can be answered in more rigorous manner and if they are done (as I suggest here) may be you can agree you have your answer?

To conclude this all too long reply I would like to reflect on personal experience with both philosophers and biologists. My experience has been that both the philosophers don't want to reflect on the science biologists are trying to put on with their questions and the biologists don't want to reflect on the arguments philosophers are trying to put on when reflecting on the biological questions. In my mind this is what "the tragedy" of modern biology is part of because philosophy may be is able to provide answers biologists may find useful but they just aren't listening to them. On the other hand if biologist can "export" difficult to tackle in the modern biological paradigm questions to philosophy, than, may be, philosophers can bring on understanding and possible explanations biologists are just missing! It can be very fruitful relationship! But in order to do it one just has to listen to what the other has to say and this "listening" isn't something either side do very well in my mind. Thank you very much if you managed to endure long enough to get to here, I didn't intended to make this answer so long but as you can see the argument isn't easy to follow either.

Thank you very much for your patience.

The phenomenon of increasing complexity is natural puzzle for everybody studying biology, because "nothing in biology makes sense". Stuart Kauffman shifted the emphasis from complexity to order, and this is IMO the right observation: chaotic systems are more complex in thermodynamic sense, while biological systems occupy a thin niche on the border of chaos. There are many ideas in this book but, unlike the famous manuscript which title Stuart has apparently followed after, there is no satisfactory and compelling answer to that question yet.

Biology arises when some molecules begin copying themselves with a certain amount of error: not too much error, or there would be no heritability; but SOME error, or else there would be no evolution at all. Copying, copying, a few molecules become a multitude, and evolution spreads in all directions, to the more and to the less complex. But when a new level of complexity arises, it usually allows a new size, and a bigger organism can, for instance, eat a smaller organism. Once this level is achieved, it tends to be mantained. Again some copies will lead to smaller lineages, but the big ones have founded a niche that will not disappear by itself (it may take an asteroid). So, looking up close, evolution leads to diversity, not only to higher complexity. But since small complexity already existed, and bigger complexity is something new, we tend to perceive evolution as creating complexity - which is not a false point of view.

Not the answer you're looking for? Browse other questions tagged evolution genetics theoretical-biology molecular-evolution information-theory or ask your own question.

15
Why is there more variation in proteins than genes?
1
What is the relationship between complexity and organization in biology?

5
Why does the apex of the human heart usually point to the left?
2
Why does the stability of YAC increase with size?
41
If evolution is not about increased complexity, why does so much complexity evolve?
11
How can the number of genes increase through evolution?
4
Is natural selection a tautology, and therefore not truly falsifiable?
0
How much time does it take for an evolutionary change to take place?
7
How does a drastic change to the genome persist and spread?
0
Does natural selection still increase biological complexity?
1
How does permanently modifying human DNA work? And how does it impact procreation?