What are the evolutionary niches differentiating an apple from a pear?

So, as far as I understand (basic) evolutionary theories, diversity is generated by "niching." That is, if there is an environmental factor that hasn't been fully used by any species to "profit" off, there will be a tendency to fill up that "niche" and thus speciation occurs (not in one day of course).

I was standing in the kitchen earlier and was wondering: what is the niche that an apple fills in respect to a pear end vice versa? If I'm not mistaken they are form the same family and thus share a common ancestor (albeit I don't know if it is a "recent" ancestor).

Is it a geographical thing or do they genuinely vie for the same thing in a different way? (e.g. a pear aims to be eaten by animals that have small teeth and thus want a softer fruit, while an apple aims to be eaten by the bigger animals, that like a heartier bite).

note: I know that this question might be too speculative and too localised to be any good, but hey, some of you might just know this!

The ancestral apple is thought to originate in what is now Kazakhstan. See this report from the USDA on this topic. Those early apples were small and likely eaten more often by non-human species.

Pears: From Wikipedia: The genus is thought to have originated in present-day western China in the foothills of the Tian Shan, a mountain range of Central Asia, and to have spread to the north and south along mountain chains, evolving into a diverse group of over 20 widely recognized primary species. A citation for this is needed.

I wouldn't be suprised if no one has hard data on this. In any case there is more than one answer to this question.

Niches are defined more than one way.

In the narrowest definition, the niche might be defined as the ability of the different trees to grow in different terrains or be eaten by different animals in the same environment. I can't comment on that, but in most environments, there is in practice little difference between the two. The classic example of this is Darwin's finches - where a single species eventually becomes many, each specializing in a specific kind of lifestyle (what they eat/where they net) on the islands of the Galapagos where they were situated.

In the broadest definition of niche, they do have a different niche because they are different species, and their differences allow them to be eaten by different people. In their highly domesticated environs, apples and pears each have a niche defined by the fact that they are both stocked in the produce sections for people to eat as they choose. 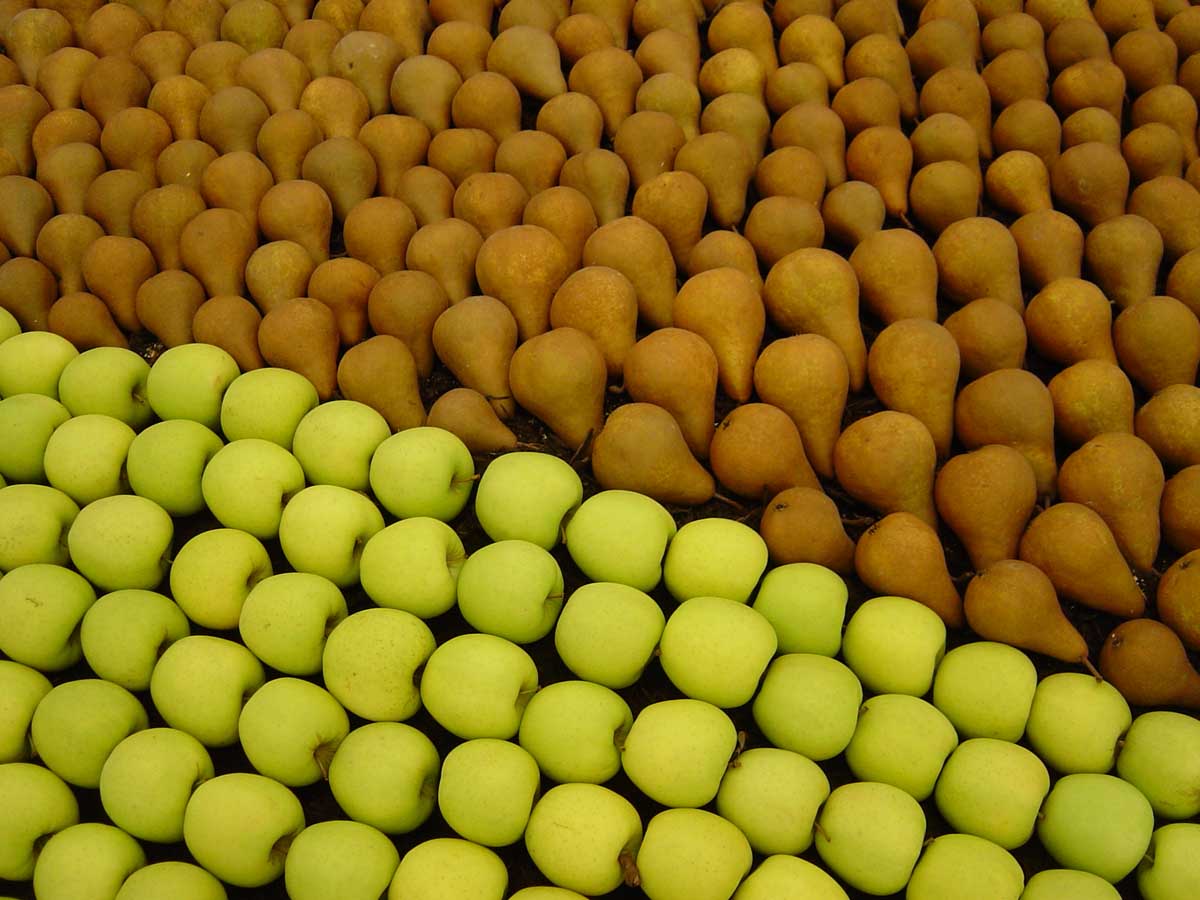 Its worth mentioning that Darwin determined that different organisms can inhabit the same niche. In his case he saw that on different islands of the Galapagos he saw that the finches had evolved into different species, each of which took up the role that a different bird might have back home. so its possible that apples and pears may have substantially the same niche in their respective evolutionary histories.

Not the answer you're looking for? Browse other questions tagged evolution botany food ethnobiology or ask your own question.

8
Goats are so fearless but sheep are not. Is there any genetic difference responsible?