Do humans have enough biological differences to be grouped into races or subspecies?

After my online research on the subject, I learnt that, biologically speaking, many scientists believe that there is no such thing as a race. Homo sapiens as a species is only 200,000 years old, which has not allowed for any significant genetic diversification yet, and our DNA is 99.99% similar. I've read statements that there can be more genetic variation inside a racial group than between different racial groups, meaning that, for example, two individuals from the same "race" can have less in common with each other than with an individual from another "race".

Q1: If Homo sapiens has no races (according to biologists), why are we so different morphologically? (hair/eyes/skin colour and even athletic performance seem to differ between human populations)

Q2: Is it common for other species too, when genetically close populations have very different morphological traits? Are there any other mammal or animal species that exhibit biological diversity comparable to human diversity, and how do taxonomists treat these species? (excluding intentionally bred domestic species to keep the comparison fair)

The question has been paraphrased to emphasize that it is the biological debate that is in question, not the sociopolitical. I.e., why is there no consensus in evidence and opinions of scientists?

Firstly, it's not true that you can't tell racial background from DNA. You most certainly can; it's quite possible to give fairly accurate phenotypic reconstruction of the features we choose as racial markers from DNA samples alone and also possible to identify real geographic ancestral populations from suitable markers.

The reason that human races aren't useful is that they're actually only looking at a couple of phenotypic markers and (a) these phenotypes don't map well to underlying genetics and (b) don't usefully model the underlying populations. The big thing that racial typing is based on is skin colour, but skin colour is controlled by only a small number of alleles. On the basis of skin colour you'd think the big division in human diversity is (and I simplify) between white Europeans and black Africans. However, there is vastly more genetic diversity within Africa than there is anywhere else. Two randomly chosen Africans will be, on average, more diverse from each other than two randomly chosen Europeans. What's more Europeans are no more genetically distinct overall from a randomly chosen African than two randomly chosen Africans are from each other.

This makes perfectly decent sense if you consider the deep roots of diversity within Africa (where humans originally evolved) to the more recent separation of Europeans from an African sub-population.

It's also worth noting that the phenotypic markers of race don't actually tell you much about underlying heredity; for example there's a famous photo of twin daughters one of whom is completely fair skinned, the other of whom is completely dark skinned; yet these two are sisters. This is, of course, an extreme example but it should tell you something about the usefulness of skin colour as a real genetic marker.

Well, that's just it, we don't actually have much phenotypic variation. For example, compare this: 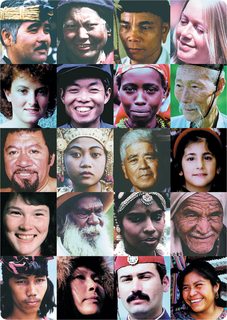 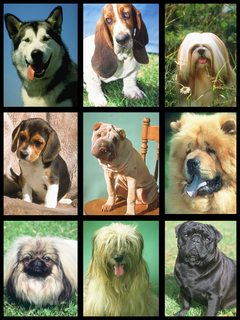 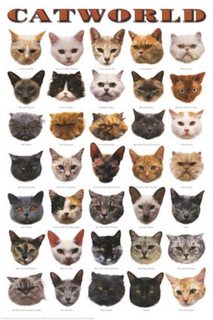 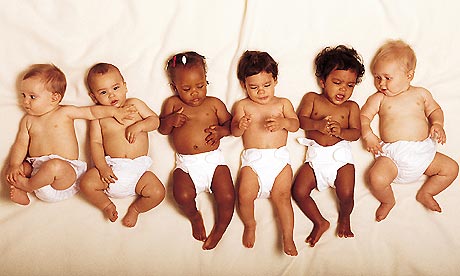 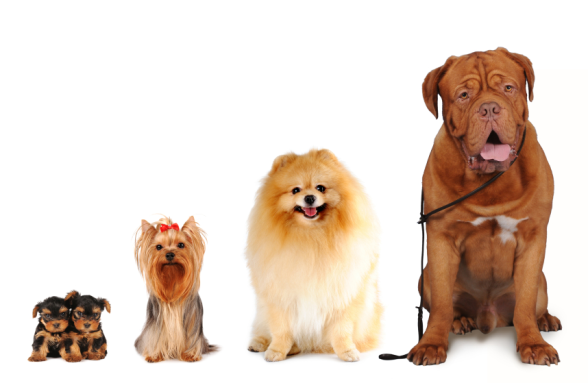 This is phenotypic variation: 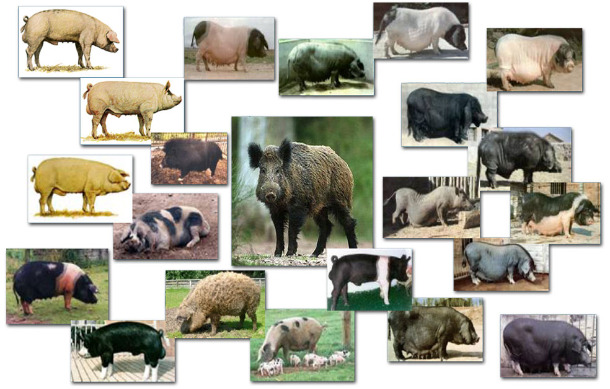 So, as I hope is clear from the images above, phenotypic variation among humans is tiny compared to other species. We just notice small differences much more because, well, it's us so little differences are much more noticeable.

I decided to summarize a competing hypothesis to make our answers more balanced. I also tried to address the question about the degree of human morphological diversity compared to other animals.

According to Woodley (2010), it is plausible that H. sapiens does not belong to one species and subspecies (i.e. is polytypic). Some of the data he uses to support this hypothesis could be useful for answering our question. He claims that H. sapiens, which is often considered monotypic, posses higher levels of morphological diversity, genetic heterozygosity and differentiation than many animal species which are considered polytypic.

Woodley cites a study by Sarich and Miele, who claimed that morphological differences between humans, on average, are equal to the differences among species within other mammalian genera (excluding species bred for domestic purposes), and are typically more strongly marked than in other animals.

However, morphological differences are known to be caused by little genetic differences too, like in the case of domestic dogs, which are still considered to be one species. Therefore, Woodley presented further evidence that looked on these inconsistencies in classification using allele frequencies and genetic diversity.

He presented data from a wide range of studies, which compares genetic diversity of various mammalian species based on heterozygosity (H), which is a common indicator for genetic diversity, and describes whether both alleles are the same or not on a studied locus. According to this data (which you can find in the linked paper):

This data suggests that humans are more diverse both morphologically and genetically than some of the other mammalian species that have been divided into subspecies.

It seems to me that many answers to this question suffer from the nasty habit of "political correctness". As a zoologist, I never heard of somebody sequencing the whole DNA of any species to decide when to use or not the term "race". If a group of animals comes from a side of a river, and the other comes from the other side, and they have one or a few distinctive features (color of chest pelage, tuffs of hair in the sides of head, etc), that's enough to call them both different races (or even subspecies). Of course some geographical isolation has taken place, although it hasn't been long enough to divide the two (or more) populations into full species. The same logic should be used to humans, right? Maybe some folks believe that, pretending there are no human races, then the question of racism is "solved"? Bad logic, to me.

Look at http://www.worldbirdnames.org: they cite 10,518 extant species of birds and 20,976 subspecies. About 2 subspecies per species. How do they do that? (No DNA for most of them.) Subspecies/races are usually from different regions (like human races), their vocalizations are usually different (like human races) and their colors sometimes vary (not as much as in human races). My point is: there is NO SCIENTIFIC REASON to say there are no human races, if we're using zoological reasoning. (Unless we are not animals anymore!)

For mammals, http://www.catalogueoflife.org/col/browse/classification/kingdom/Animalia/phylum/Chordata/class/Mammalia/match/1 cite: 4,843 species, 2,998 infraspecific taxa. Again, if someone show me they did complex DNA analysis for most of those infraspecific taxa, and those analysis showed that variation inside races is smaller than between races, THEN I will be forced to agree with them.

When you say phenotype you mostly mean "skin color", "size of the nose", "hair color", "shape of the eyes", "height", and some others. All these traits that we manage to find to explain population structure among humans. But you forget all the rest of the phenotypic diversity. If you would choose 1000 randomly chosen traits (external morphology and other stuff) and make a PCA. Will the main axes explain much of the inter-subpopulation (or inter-racial) diversity? I am not sure about that. One cannot use one subset of the total phenotypic or genetic variance and use it in order to define several species within what was previously thought to be one. It is not because two genes are associated with the same population structure that one can define two different species.

[..] is it reasonable to use a genetic approach to races and claim that biological races do not exist, while it seems to be a poor indicator, when it comes to comparison of phenotypes of human populations.

Similarly, one could say

Bats look like birds. We consider them as being mammals just because that is what scientific observations (genetic data or in-depth observation of the phenotypic variance) says. Should we follow scientific explanations when my personal bias intuition tells me that these observations are poor indicators?

The answer is yes if you want to increase your knowledge and no if you just want to be comforted into what you think you already know.

For species that can reproduce exclusively with sex, we tend to use the concept of reproduction isolation to define a species and I really don't think that there is a pair of racial groups are sexually incompatible (however you delimit the racial groups). Eventually, there might have some slight inbreeding depression but I am not sure.

First you can take a look at this diagram: 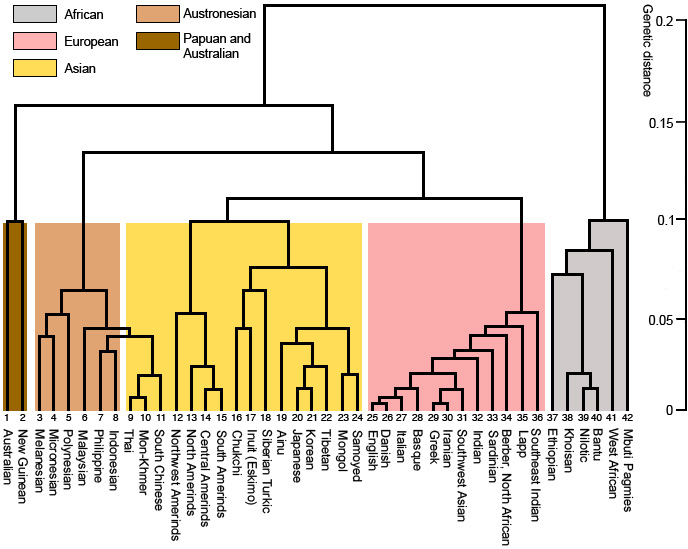 You can make a google image search for "Cavalli Sforza" and get a lot of similar diagrams. This diagram is using a concept known as genetic distance by fixation index. This is a way to measure how different different ethnic groups are genetically.

Basically what you do is you compare how many differences there are on average between two humans from the same population and between two humans from two different populations. The same method can be applied to animals. There is no "threshold value" where you can say that two groups of people or animals have become different enough that they can be defined as "different races".

Traits such as skin colour are regulated by a very small handfull of genes so even if we have different skin colours that does not mean that we differ much genetically speaking.

Lions and Leopards can have fertile offspring and live basically in the same habitat in Africa. I do not know if crossbreeding is known to have occured in the wild. Probably a hybrid has lower fitness than the original species.

Not the answer you're looking for? Browse other questions tagged human-genetics population-genetics taxonomy classification or ask your own question.

1
Is there a biological basis for race (re: Nicholas Wade's article)
0
Is it possible for someone to be of no race?
2
Speciation of humans?
90
How could humans have interbred with Neanderthals if we're a different species?
40
Does it make sense to classify all humans in a single species?
12
Is there a consensus on whether or not race exists on a biological level?
11
Human genetic diversity in Africa in comparison with the rest of the world
2
Why aren't animals diverse in phenotype?
10
What is a subspecies?
10
Can forensic DNA analysis be used to generate a visual approximation of a suspect?
See more linked questions

2
Is it really detrimental to humans as a species to reproduce with one's own first cousin?
2
Differences on biological classification?
10
How close genetically is the most human-like chimpanzee to the most chimp-like human?
11
Human genetic diversity in Africa in comparison with the rest of the world
2
Does human behaviour that is caused by inheritance depend on the environment and lifestyle in general?
20
Can 'human' become a genus due to space colonization?
5
Average and lowest degrees of kinship/consanguinity among humans?