Does a mould make a beetroot poisonous or inedible ?

Lemon's mould for instance, makes penicillin, but it's green there, and I'm allergic to penicillin, would the white mould produce penicillin too? 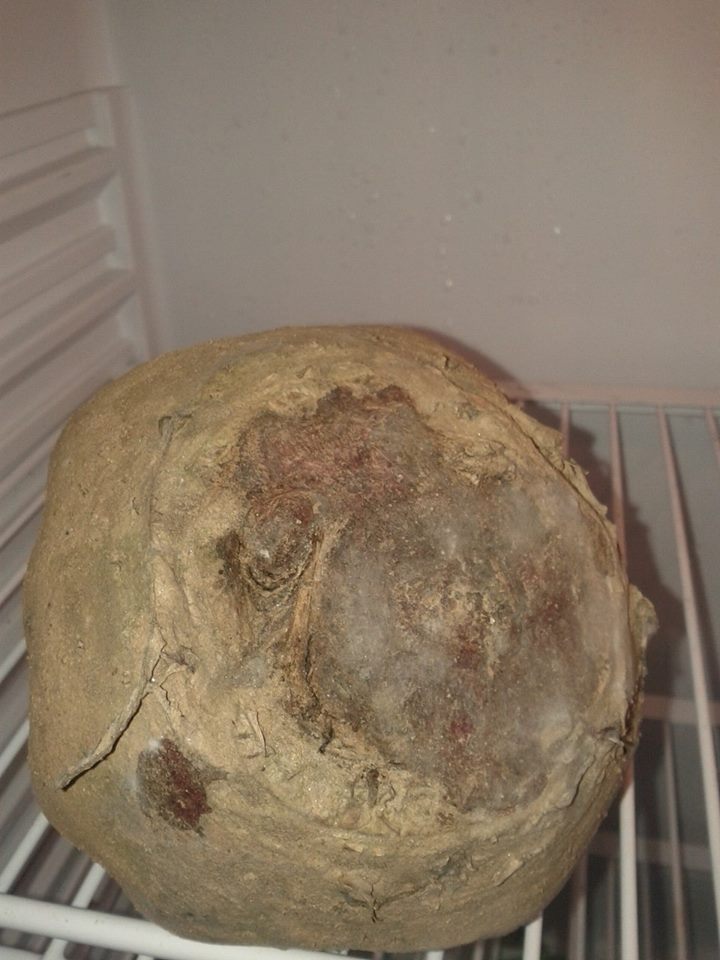 Among different fungal species belonging to the genus Penicillium that are currently used as starter cultures in the food industry or that are frequently isolated from cured meat products, only P. griseofulvum (in addition to the previously reported P. chrysogenum and P. nalgiovense) was found to produce penicillin and possess the three penicillin biosynthetic genes (pcbAB, pcbC, and penDE).

Even penicillin should be avoided as the paper states that

The presence of penicillin in food must be avoided, since it can lead to allergic reactions and the arising of penicillin resistance in human-pathogenic bacteria.

During world war two, a strain of Penicillium chrysogenum was isolated from the mould growing on a cantaloupe (reference) for the development of penicillin. This was after searching through many mould families developing on different food items so penicillin strains do develop but are rare.

The problem faced is that moulds cannot be differentiated from each other through sight nor is all penicillin moulds safe (reference). Whatever be the case, I hope that you didn't venture to try and eat that beetroot.

Not the answer you're looking for? Browse other questions tagged microbiology species-identification toxicology mycology or ask your own question.

3
What makes heavy metals toxic?
2
Are there venomous plants?
5
What makes white phosphorus toxic?
4
What is the number density of fungal spores per unit of volume of air?
2
Found this spider in my garden