What is “transcribed strand”

This is an excerpt from a paper:

What exactly is meant by "transcribed" strand: the sense strand or the template strand ?

I tried looking up for it but couldn't find any definition.

In my opinion they should mean the template strand, and they probably do. Perhaps if we had a link to the paper we could have examined the language more closely.

Here is a paper which uses the term in that sense:

In the abstract (which I have linked to) the authors make a clear reference to the transcribed strand in contrast to the coding strand (i.e. the strand of DNA with the same sequence as the RNA transcript):

All three [mutational rates] considered are found to be on average higher on the coding strand and lower on the transcribed strand...

There are also definitions confirming this at this Wikipedia page.

Remember that DNA is double stranded and each strand has a chemical direction. Genes are read by the ribosome in the 3' to 5' direction so that the DNA 'forward' direction is defined in this direction. This is the direction of transcription.

Transcription (that which is transcribed) refers to the ribosomal read strand. 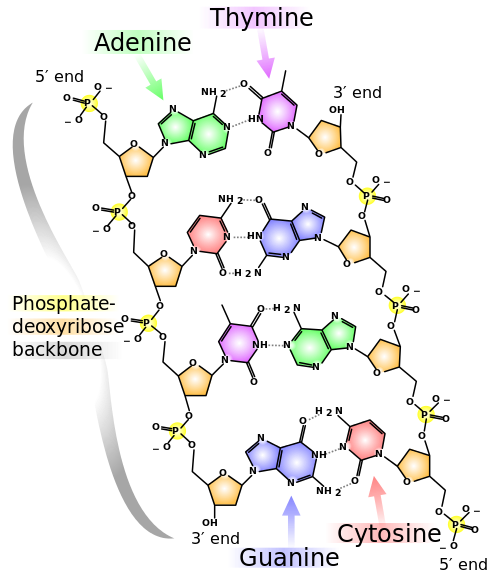 Not the answer you're looking for? Browse other questions tagged molecular-genetics transcription or ask your own question.

2
Complementarity of cDNA
8
On which strand does the promoter sit?
1
Are there U-rich transcriptional pause sites?
9
What determines the number of chromosomes an organism carries?
4
Are all genes transcribed in differentiated cells?
3
To what extent is the genetic code more than just a code?
1
Are microRNAs transcribed from the same DNA strand as their parent messenger RNAs?
2
The role of GC content in promoting or hindering transcription