How do insects such as crickets circulate blood through their antennae?

Some insects, like the crickets pictured below, have such slender antennae it seems no blood could fit. How do they get blood through their antennae? 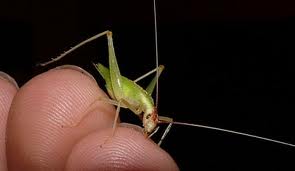 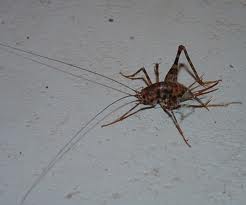 Insects do not posses closed circulatory system, but a space where organs float in a fluid called hemolymph. They don't have blood vessels (but some arthropodes have pumps that act a like heart). The hemolymph allows nutrients and excretion products to diffuse, but usually doesn't serve as a means to transmit oxygen to the tissues.

In insects, the oxygen is pumped through a series of little tubes named tracheae. Trachae connect the tissue directly to the air, allowing gas diffusion efficiently.

Antennae and wings have very little metabolic needs, mainly because (in the first case) they're formed by some neurons. Movement is achieved by muscles located in the base of the antenna (where it doesn't have circulation issues). The nerve tissue has the neuron bodies located in the basis too, so the nutrients and oxygen can diffuse through the axon.

Insects primarily get oxygen through diffusion of air through their skin. I doubt the antennae need hemolymph circulation.

Not the answer you're looking for? Browse other questions tagged entomology cardiology or ask your own question.

9
What is this beetle and what are the strange antennae for?
16
How do small animals make loud sounds?
13
How do insects survive the winter?
5
How long does it take for a cricket to die at subzero temperatures?
6
Can Biting Insects Detect Specific Places On A Host Body?
3
What is this wood-infesting insect?
11
Why did a lot of common insects evolve such a thin waist?