What do you see if you look at your own retina with the same eye? (optical feedback)

When you record a video while pointing the viewfinder towards the screen showing a live preview you create optical feedback: video example. An anoalogous effect occurs when you turn your microphone towards the speaker.

Once you look at your own retina with the same eye, does our brain create a similar effect as recorded in the video? Or could it be something different all together?

Obviously the best way to find out is to 'just go ahead' and see for myself, but it seems as if I don't have the proper conditions to test this at home: The pupil gets too small in the mirror and thus the retina is plain dark. Such an experiment would require eye drops to force widen the pupil and allow for more light onto the retina.

There was an answer posted here and deleted again - which I think has found the error my question. Please undelete it :)

What the eye observes once it glances at the retina is a physically constant image of the retina.

The loop is broken and there is no optical feedback.

You would see your retina and that's all. There would have no "mise-en-abyme".

In order to experience this feedback loop you describe, you need to see something which includes the total picture of what you see. For example: You might see a woman holding a frame of the totality of what you see. 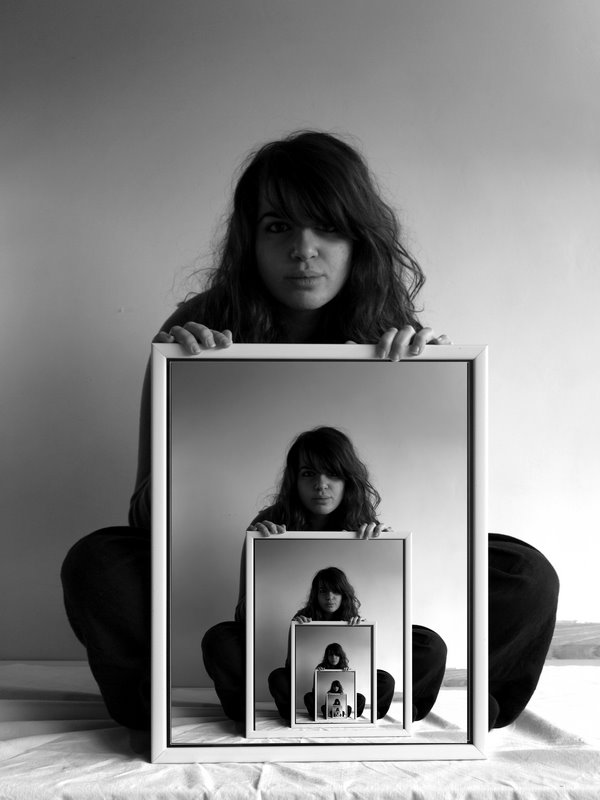 When you look at your retina, you can't see something which includes the total picture of what you see, you just see your retina! It would probably work if the retina was a mirror (or any output device)

This question might not really a good fit for Biology.SE. You might have a chance to make a good fit by asking a question on the mechanistic nature of the process called mise-en-abyme on Phylosophy.SE. And ask wether one can live this same process with any of their sense (perception). You can ask whether the Larsen effect (audio feedback) is a similar process to the one we experience when looking at this picture and in what terms they are similar and in what terms they differ. If you ask such question, I welcome you to add the link on this post (except if the post get closed)!

Feedback means that the output from a device is fed back to it as new input. You can feed input to a retina, but cannot take its output.

You will get no feedback if the microphone is not linked to a speaker, or cannot hear the speaker.

You will get no feedback if the video camera is not pointing to the display.

Your eye consumes input, but this input is only used to change the state of your brain in mysterious ways. No output is produced. There is no "Kodak" organ in the human body which reproduces with fidelity the image seen by the retina*. Without output, there is nothing to feed back - same as how you can't get feedback when a camera is not linked to a display. A display, with human beings, would be analogous to a magic machine that reads your mind.

If you looked at your retina, you'd see your retina. Just like a camera pointed at a mirror would see a camera.

*: I say no organ exists, but it is possible for humans to reproduce an image they've seen. It's called "painting". Some famous painters apparently have included an image of themselves in their picture, depicted while painting the picture.

This isn't really a classical painting, but to give an example: 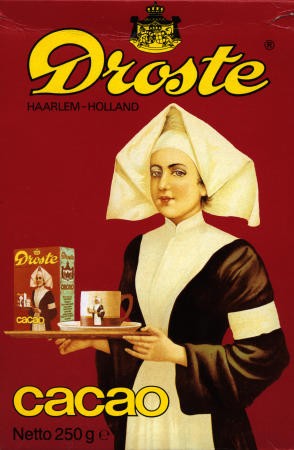 The trouble is that actually painting a picture takes a long time, so the feedback is very slow - each iteration may take days.

10
Do eye muscles relax when you close your eyes?
1
What does ophthalmologist see in your eye?
33
What do you see when your eyes are closed?
23
What's the smallest size a human eye can see?
4
What is the fluid clearance rate inside the retina?
1
What is the mass of a human retina?
4
How do you check how many cones you have in your eye?