What is the significance of and biological mechanisms demonstrated in lac operon?

I would appreciate it someone could explain clearly how the genes in the lac operon of E coli are activated to allow the bacteria to metabolize lactose?

The part that I really don't understand is the activation of the lac operon. A good answer would make clear to me how the introduction or removal of lactose from the envirnment activates and deactivates the different genes there.

Also, what are the specific functions of each of the genes (lacA, lacI, lacY, lacZ).

I am in AP Biology and I will not see the light of day again if I do poorly on this test. Please help!

The lac operon in E coli is a set of four genes which work together to allow the bacterium to make use of lactose for energy. An Operon is a set of genes which are co-transcribed on a single mRNA, controlled from a common promoter. While operons are nearly always found in bacteria, eukaryotes (and viruses that infect eukaryotes) do have some sets of genes organized into operons.

lacZ and lacY is the business end of the lac operon. They are the only 2 genes necessary for lactose usage in the cell.

lacZ codes for beta-galactosidase, an enzyme that cleaves the lactose disaccharide into D-galactose and D-glucose. Most of know that glucose is an important source or energy via the glycolysis pathway, which is highly connected energy usage in the cell. Galactose is readily converted by an enzyme (galactose mutarotase) into glucose, making lactose an efficient source of energy. 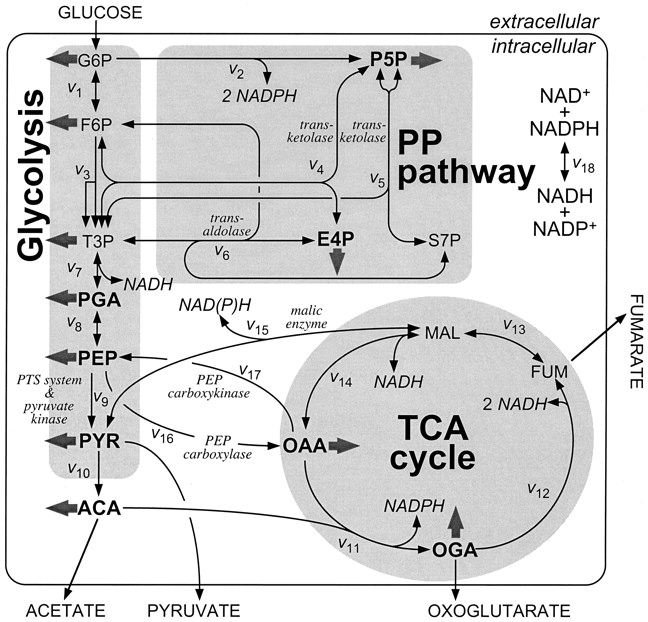 lacY codes for a protein found in the cell membrane called lactose permease which pumps lactose into the cell from the outside using the proton gradient inside the cell for its motive force.

The lacA gene codes for an enzyme which transfers an acetyl group to galactose, which may prevent the buildup of galactose in the cell.

The way the operon works is more important than what it does. the lac operon was one of the first examples of transcription regulation every studied. lacI is not in the lac operon, but it is the single gene which controls whether the operon is copied to RNA from the chromosome. lacI is translated to the lac repressor protein (LacI), which binds to one of three sites in front of the lac operon.

lacI is a repressor gene - when it is active, it prevents the lac operon from being transcribed into RNA. LacI is a tetramer - four copies of the protein form a complex. LacI binds to allolactose, a derivative of lactose, when it is present in sufficient quantities, which then causes it to release itself from the chromosomal DNA, allowing transcription to occur and the lac genes may be expressed.

Not the answer you're looking for? Browse other questions tagged gene-expression genetics or ask your own question.

3
How might gene clusters like the lac operon evolve?
2
How can a continuous RNA be transcribed in the lac operon?
2
Promoter in the lac operon
4
Is it possible to express the cistrons from a polycistronic insertion fragment in a single plasmid?
2
What is the biological significance of finding palindromes in DNA sequence?
6
Lac operon: How can lactose enter the cell in the absence of lactose permease?
1
What does the phrase 'background level' mean?
0
Is the lac operon repressed in the presence of both glucose and lactose?