Is Aspergillus clavatus an unicellular organism?

Can you tell whether the Aspergillus clavatus is an unicellular orgarism or not from the following picture? 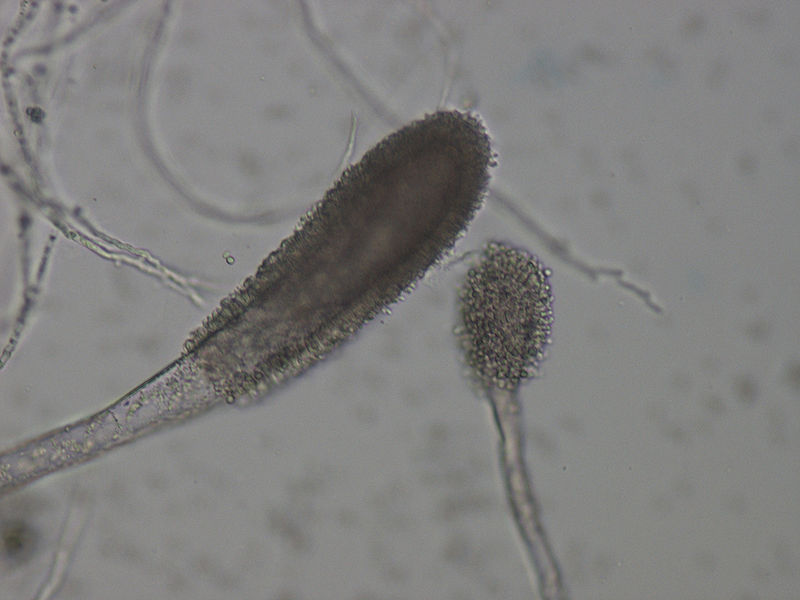 I need to find unicellular parasites that cause damage of brain. The fungus causes patulin so hemorrhaging of brain, but should still be unicellular to meet the criteria.

You're right in saying that yeast is single celled.

However, moulds are described to be filamentous fungi that are multicellular. The filaments of the mould give colonies "a woolly, fluffy, or velvety appearance, sometimes punctuated with a granular or powdery aspect that is produced by the formation of asexual reproductive structures"(1).

Aspergillus is such a species. The filaments are called hyphae. In Aspergillus, hyphae have divisions or walls which separate it into multiple cells. This is called septate hyphae.

Not the answer you're looking for? Browse other questions tagged homework mycology parasitology or ask your own question.

3
What are all possible vectors for unicellular human parasites?
9
Is there an antagonistic association between Penicillium and Aspergillus?
5
The emergence of Phengaris butterflies from ant nests
0
Why would Aspergillus Oryzae produce lactase when no lactose is present?
5
What is this dark brown organism growing on a door frame?