Are there any fungi that can digest humic acids?

Humic acids are a complex group of organic substances, that are generally known to be hardly biodegradable. Fungi as agroup are known for breaking down complex organic matter like cellulose or lignin. But are there any that beak down humic acids as a major contributor to their energy needs?

According to Wikipedia, humic acid (HA) is a product of the biodegradation of dead organic matter. Shown below is a representative structure, but it important to understand that humic acid is a name given to a family of loosely related polymers of the products of biodegradation.

Although HA is resistant to further biodegradation, there are indeed fungi that are able to break it down further. 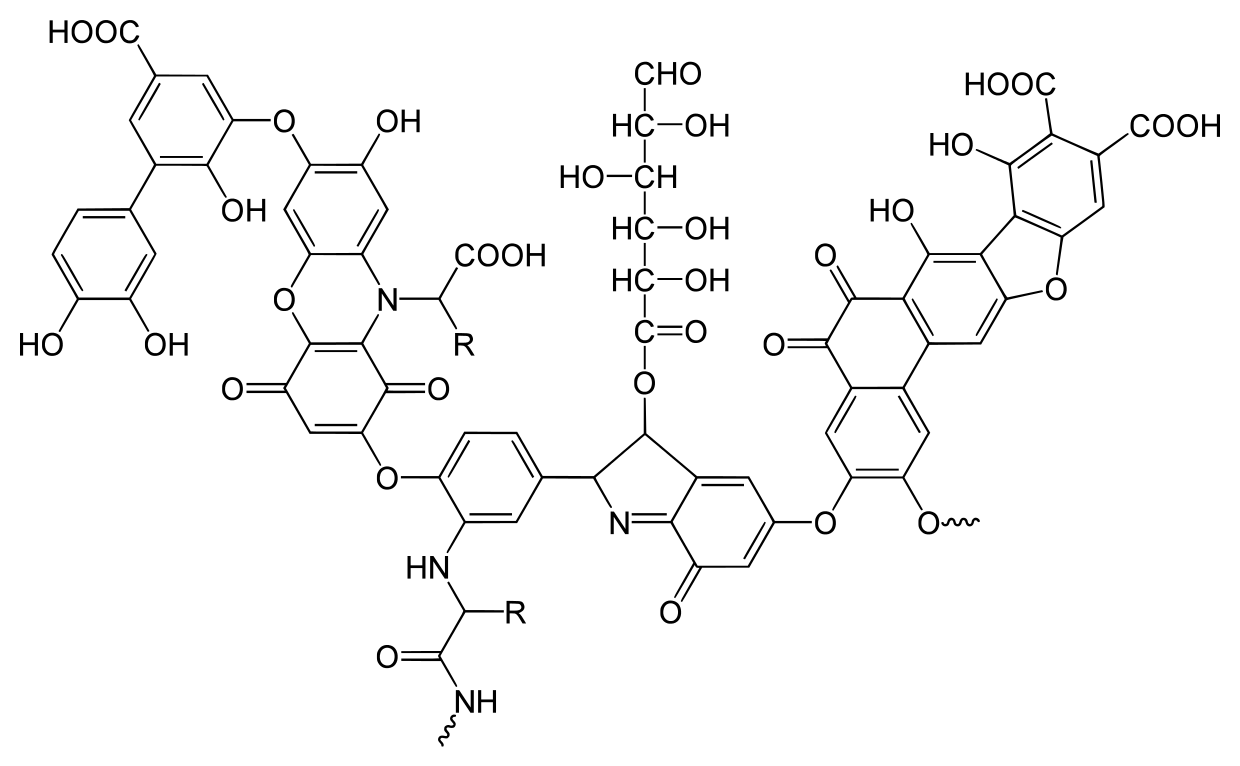 There is evidence that fungi can break down HA:

This paper reports studies of the mechanism of HA degradation by Trametes and Phanerochaete fungi (Basidiomycetes). This degradative property is attributed to the secretion of non-specific oxidising enzymes: manganese peroxidase, lignin peroxidase and laccase. the authors report evidence for "oxidation, a decrease in the aromatic content, and indication of demethylation of the HA during biodegradation.

The paper is also a source of references to earlier work.

The indications are however that these fungi carry out this degradation in the presence of other nutrients, i.e they cannot utilise HA as a major carbon/energy source.

Not the answer you're looking for? Browse other questions tagged digestive-system mycology or ask your own question.

10
Why do people say that trans fatty acids are bad for your health?
4
Why are some fungi poisonous?
1
What are some of the known fungi with heat resistant spores
5
Can reptiles digest grains?
7
What are those huge plants / fungi on trees called?
0
Why are fungi and algae microbes?
11
Are there any documented cases of extinction of a species of fungus?
2
Are there fungi that are directly beneficial for humans?
1
Can someone identify these fungi?