What kind of small insect is this?

Found in central florida in the bath tub. Its about the size of a pencil marking, very small. What is it? 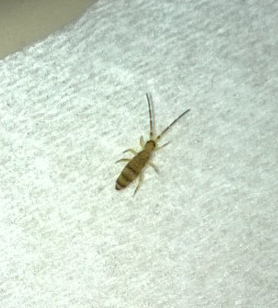 This small hexapod appears to be a species of Springtail (or Collembola). It is similar to the one below, with slightly different markings. 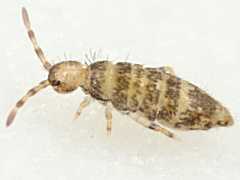 From the University of Florida:

Springtails are minute insects without wings in the Order Collembola. They occur in large numbers in moist soil and can be found in homes with high humidity, organic debris, or mold. Homeowners sometimes discover these insects occurring in large numbers in swimming pools, potted plants, or in moist soil and mulch. They feed on fungi, fungal spores, and decaying, damp vegetation, causing organic material and other nutrients to return to the soil; these nutrients are later used by plants. Occasionally, springtails attack young seedlings and may damage the roots and stems.

It is hard to say what species it could be, but it looks most similar to: 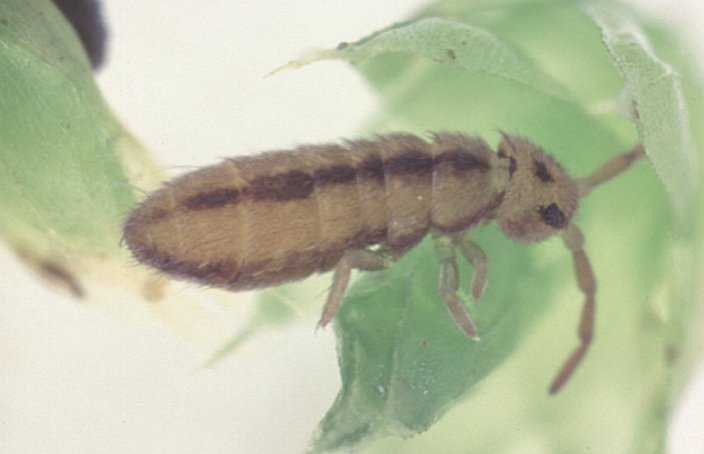 or Isotomurus tricolour from Rick Cowen: 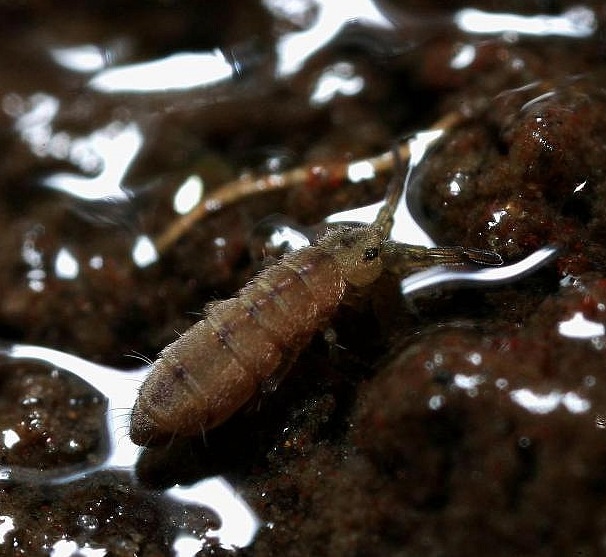 It is hard to tell but it seems to be part of this genera, or is at least in the family Isotomidae, if not the exact species.

Their taxonomy is actually under debate, and they are in a group of hexapods that are no longer considered insects.