What is the proper format for genus and species names in latin?

When using the latin nomenclature for a fish in printed materials (such as Sander vitreus for walleye), what is the correct capitalization of each word?

In this example, should 'S' be uppercase only, or both 'S' and 'V' be upper/lower case?

The correct latin nomenclature is Sander vitreus, with the genus capitalized and the species name in lowercase. This is known as binomial nomenclature.

Carl Linnaeus chose to use a two-word naming system [...] binomial nomenclature scheme, using only the genus name and the specific name or epithet which together form the whole name of the species. For example, humans belong to genus Homo and their specific name is sapiens. The first letter of the first name, the genus, is always capitalized, while that of the second is not, even when derived from a proper noun such as the name of a person or place. 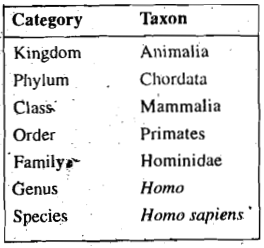 Not the answer you're looking for? Browse other questions tagged taxonomy nomenclature or ask your own question.

8
Gene & Protein nomenclature: N-Myc, c-Myc, et. al
6
What is the context in which a species gets the name “elegans”
11
Dreadnoughtus: Why are new taxa named using Dog Latin?
3
Application of Latin names for Taxonomy
9
Why are plants referred to by their Latin species names, and not by their popular names?
1
Difference between AjuA and ajuA in biosynthesis
8
How a Name is Selected for Binomial Nomenclature
1
The parts of the phylogenetic nomenclature that need to be “unique”