How do you increase eumelanin but not pheomelanin?

Are Scientists currently looking into this?

I doubt that this will be really successful, since the synthesis is rather complex and can be influenced (positively and negatively) in many ways. First, the synthesis pathways looks roughly like this: 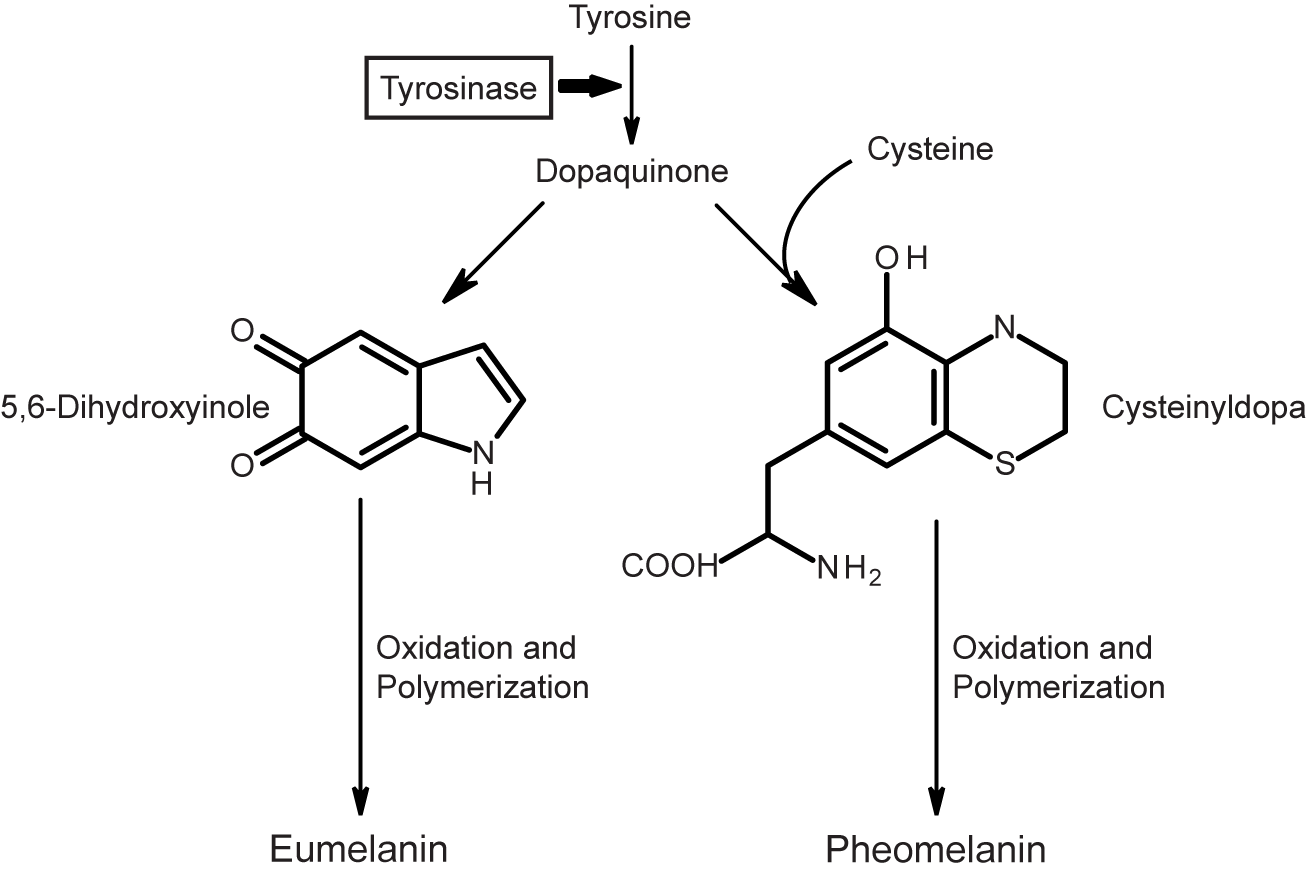 The first step is identical for both melanin forms, it is the conversion of the amino acid tyrosine into dopaquinone by the enzyme tyrosinase. The next steps are different for each process and only one of the possibilities can happen at any given time. The decision is done by the availibility of the necessary components. When the cysteine concentration in the cell is high, the pathway goes exclusively into the direction of pheomelanin, only when the cyteine concentration is lower than 0,76µM eumelanin is made (see here and here for details).

But this is not the only influence on the reaction. The availibility of dopaquinone is critical, and the activity of the tyrosinase can be influenced by the pH of the melanosome (the compartiment in which the pigment production takes place). The tyrosinase activity for people with dark skin is about 10 times higher than for people with pale skin (see here and here for details). The difference here is mainly the pH, which is neutral for dark skinned people and acidic for pale.

Then there is of course the availibity of tyrosine (which is less of a problem, as this amino acid is not essential) and also the availibity and activity of downstream enzymes for the eumelanin production as tyrosinase-related protein 1 and dopachrome tautomerase.